Beneath the weathered metal of this 1967 Ford Country Squire is a 428-cubic inch V-8 engine, and a rare four-speed manual transmission 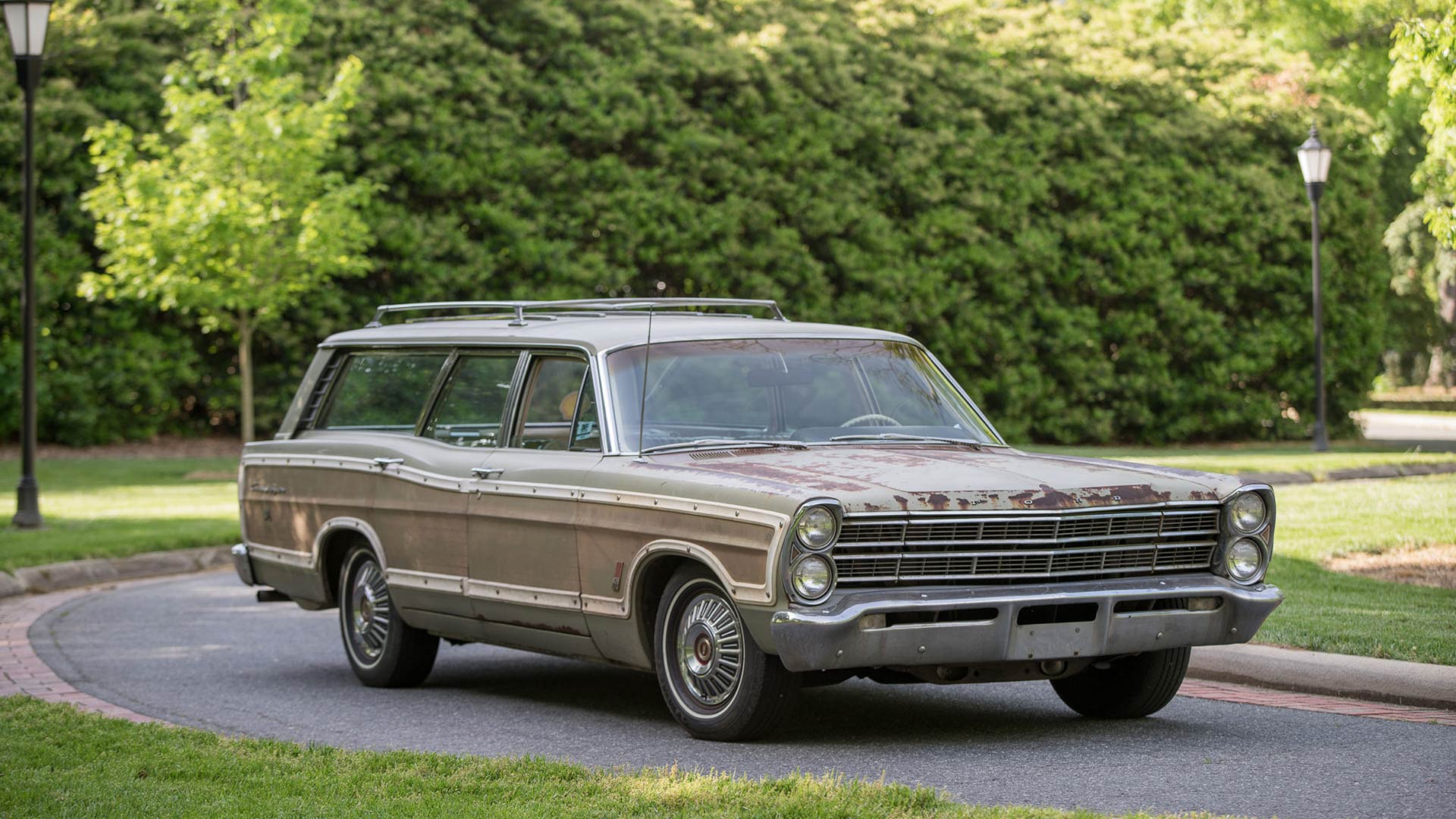 The Ford Country Squire is beginning to attract serious interest from collectors, bringing back memories of childhood road trips.

However, the 1967 car currently available for auction on Bring a Trailer adds a little extra excitement to the big station wagon.

Living under the hood is a genuine Q-Code 428-cubic inch (7.0-liter) Ford FE V-8 engine. Oh, and it was fitted with a four-speed manual by special request. 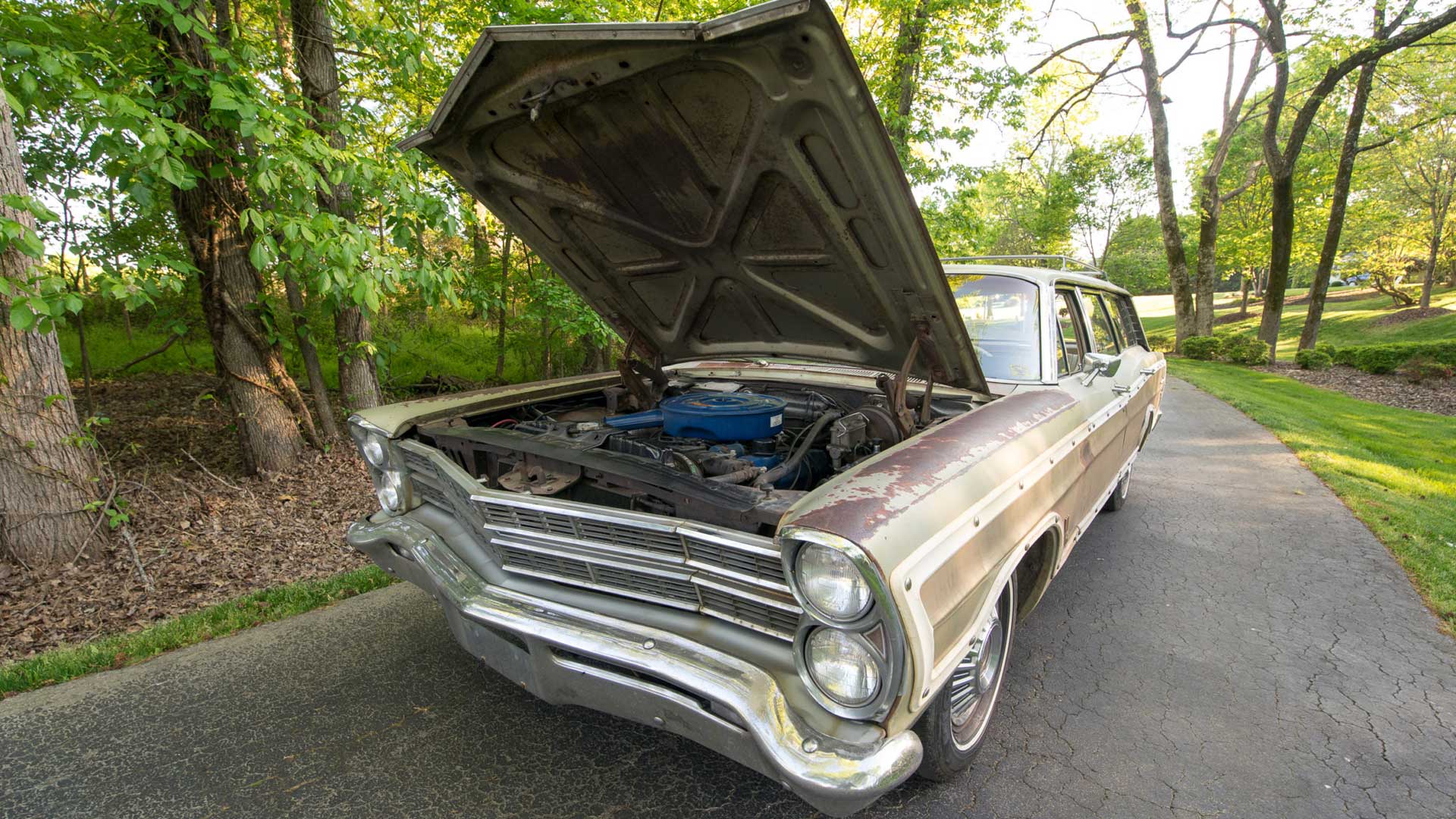 Whilst Ford built the full-size Country Squire with the 428-cubic inch V-8, transmission options were limited. Buyers could have a three-speed column shift manual, or a three-speed Cruise-o-matic automatic unit with the huge engine.

The original Ohio-based owner of this car dreamed of owning a muscle car. But reality meant he actually needed a station wagon for his wife to transport their family.

Four on the floor 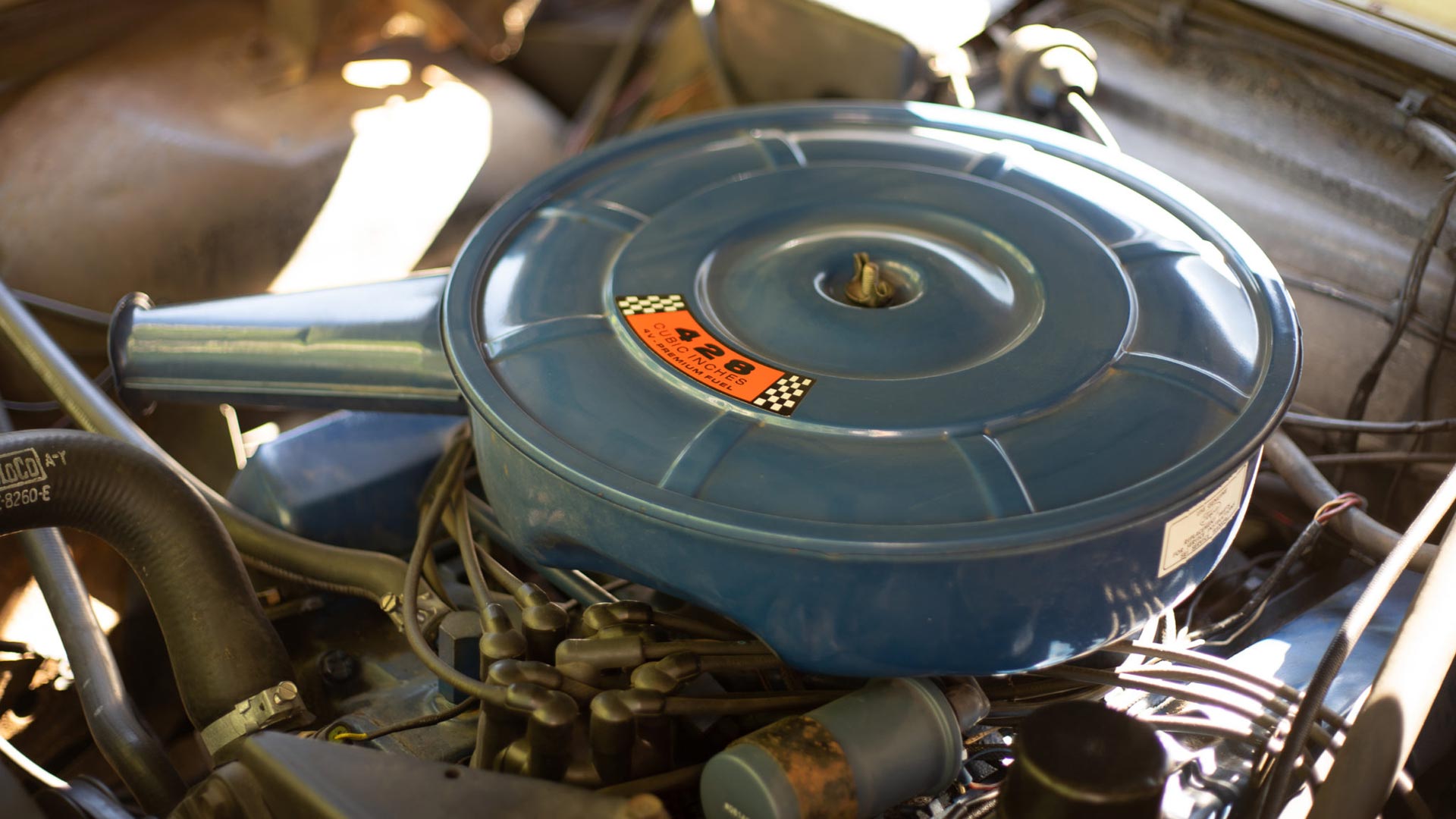 The legendary automotive executive was clearly won over by the original owner’s letter. Iaococca signed-off on the build, allowing a 428-cubic inch Country Squire with a four-speed manual transmission to be built especially.

Installed under the hood was a 428 V-8 from the contemporary Ford Thunderbird. It meant this family station wagon now had an output of 345 horsepower, combined with a thumping 462 lb-ft of torque.

Thanks to the Lee Iaococca, a floor-mounted four-speed transmission would handle sending all that power to the rear wheels. A center console accommodates the gear shifter, with bucket seats up front.

Going against the grain 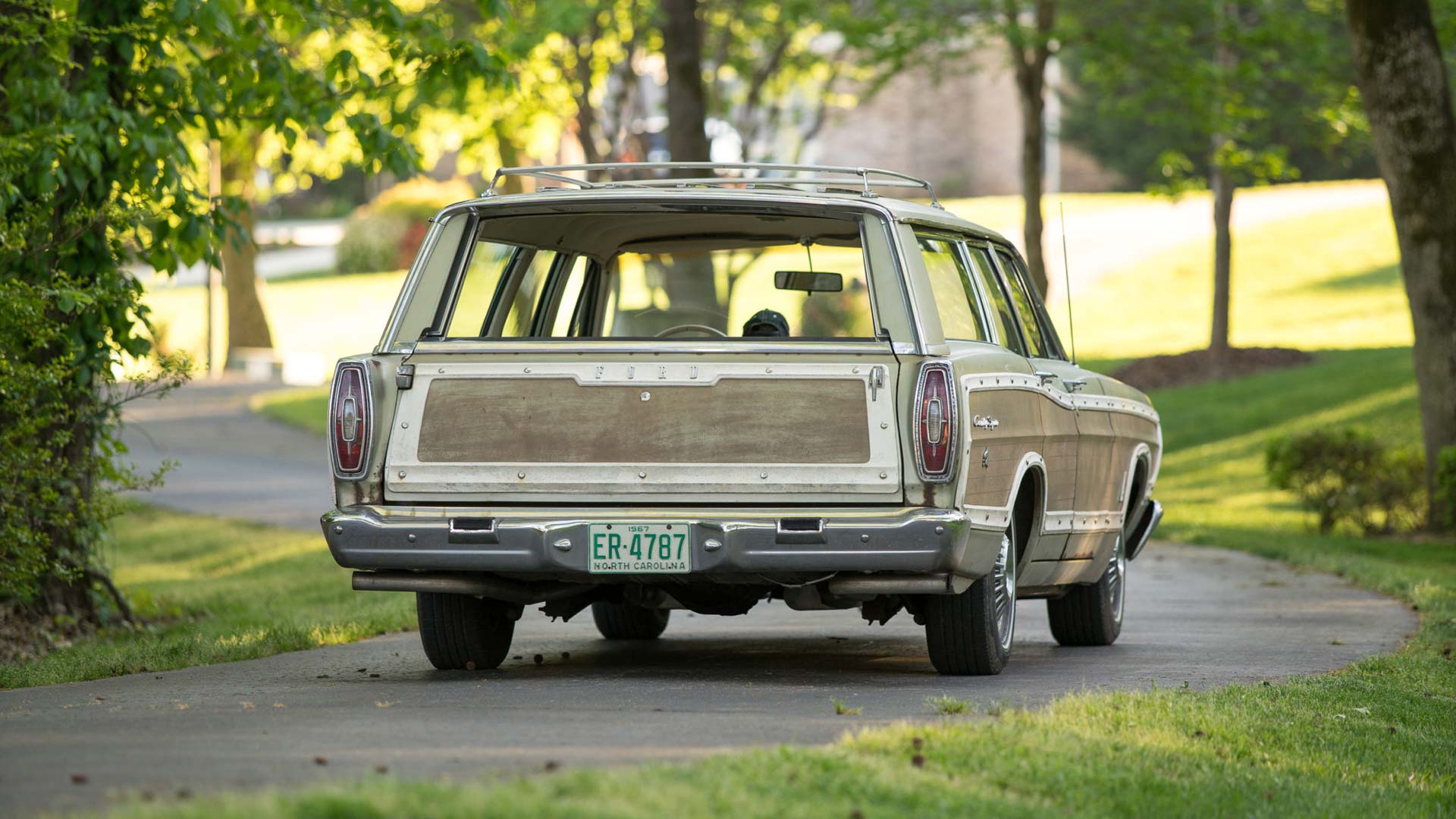 Bought by a third owner in 2001, the Country Squire underwent a programme of mechanical maintenance. This included a rebuild of the special engine in 2003 by a company in Ontario, Canada.

The current owner, proclaimed barn find hunter Tom Cotter, bought the Country Squire in 2017. During his ownership he has upgraded the engine to FiTech throttle-body fuel-injection, along with adding an auxiliary fuel pump and a Flowmaster dual exhaust system.

Repairs have been made to the frame, with the body being removed to accommodate this. The Sauterne Gold paintwork and woodgrain trim have been left unrepaired, giving the Country Squire a rustic patina.

Bring all the family along 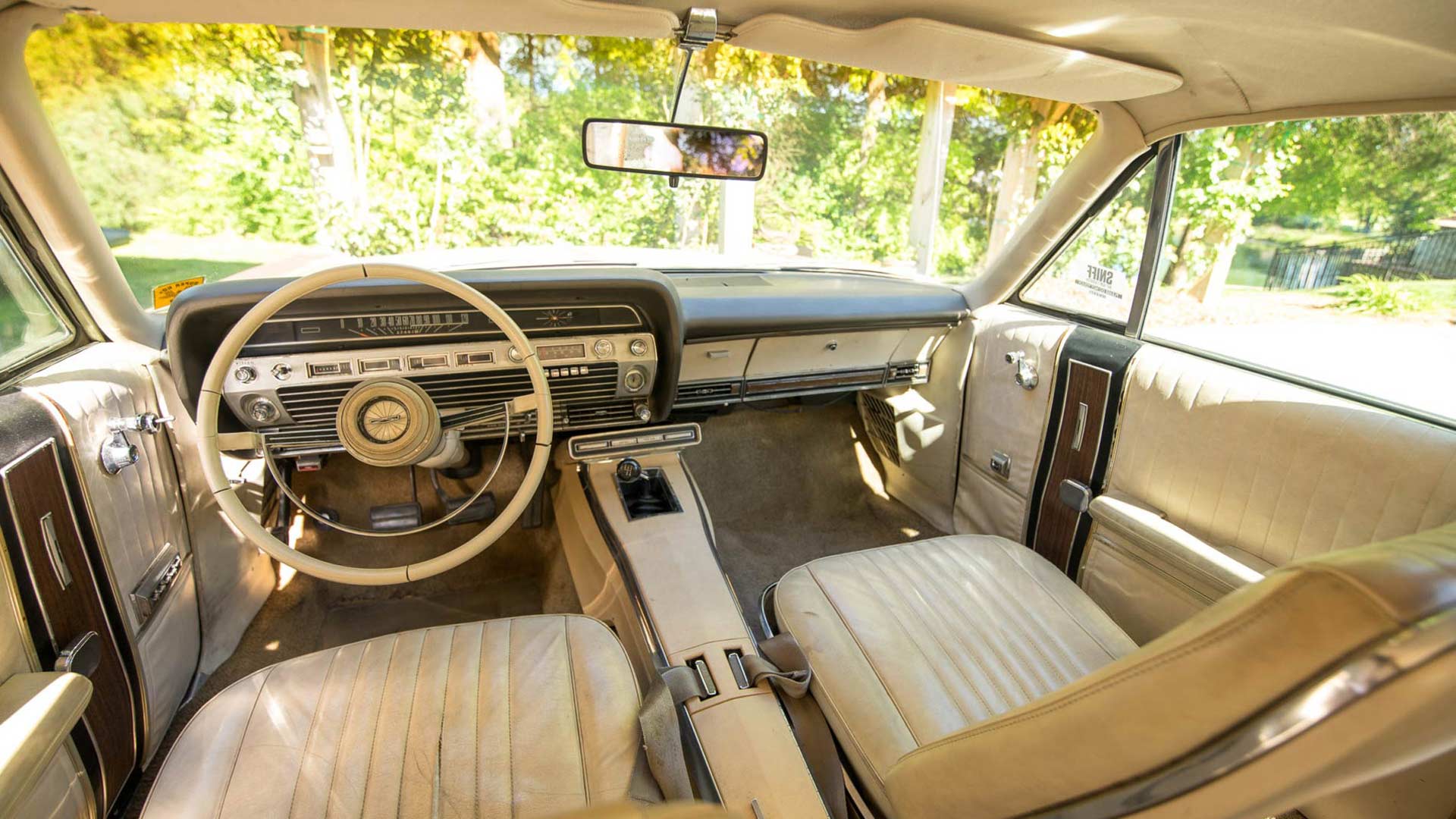 Being a family station wagon, the Country Squire still has all the regular refinements you would expect. Parchment upholstery covers the seats, including the third row of jump seats that fold flat into the trunk floor.

Air conditioning was fitted when new, but this is currently described by the seller as in need of repairs. The Magic Doorgate on the trunk needs its hinges replacing, but a replacement will be provided with the car.

A new clutch was fitted in 2019, and the seller notes that a number of spare and original parts will be included. An Elite Marti report, original window sticker, and various magazine articles are also part of the sale. 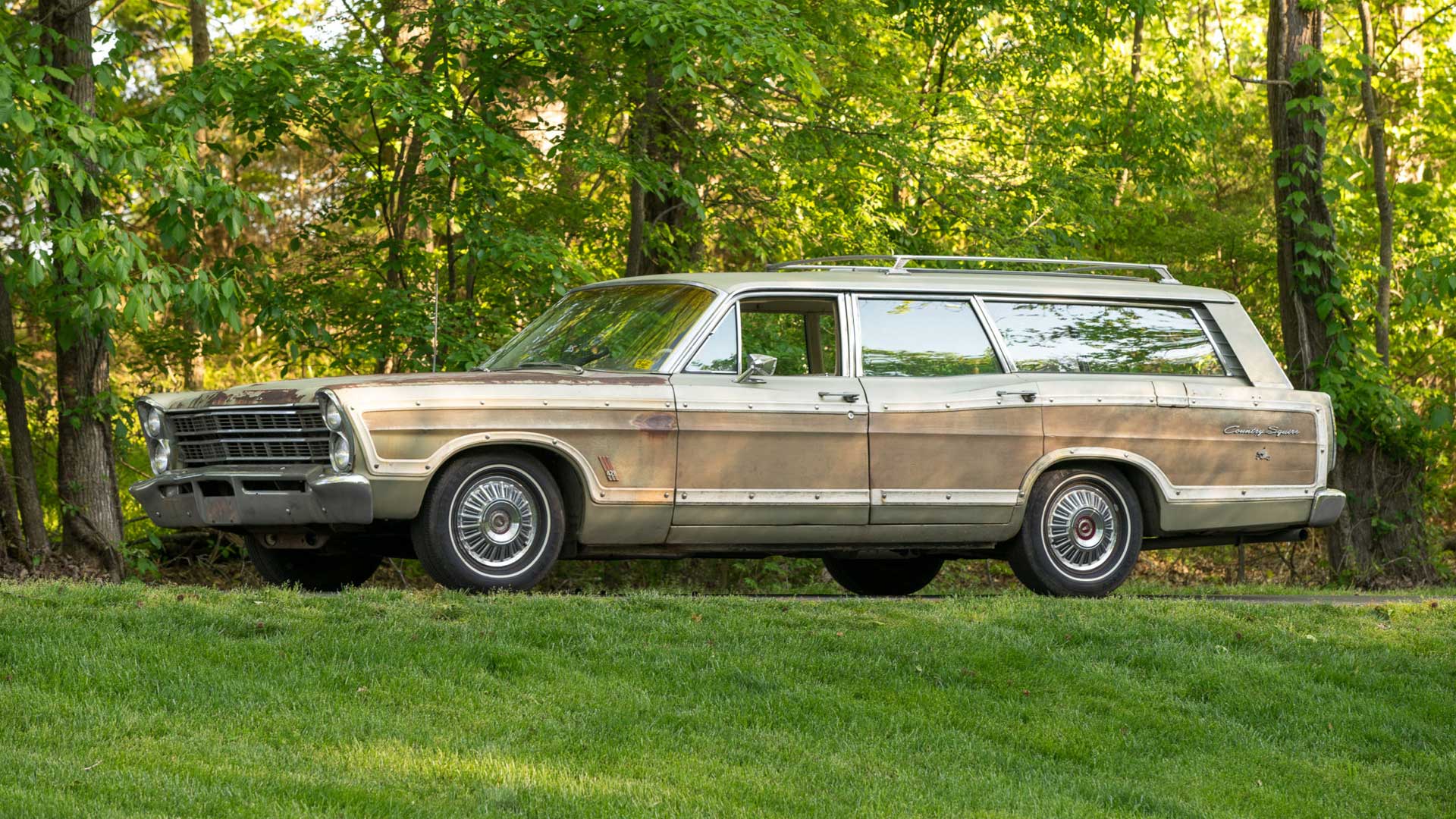 Proving that performance wagons are not a new invention, this is a special Country Squire for any Ford collector. Being the only example made in 1967 with the 428-cubic inch engine and manual transmission makes it truly unique.

The combination of rusting bodywork, but mechanically sound drivetrain and frame, also add to the appeal. The look on the faces of other drivers as you burble away from stop lights would be almost worth the price alone.

Being such a special proposition means the bidding for this wagon has already been intense. Bring a Trailer community members have also been enjoying sharing their station wagon memories.

Jaguar is making classic tool kits for the E-type again

Following the reveal of the new electric Fiat 500 convertible, the company has now opened ordering for the electric 500 hatchback, with post-grant prices from £26,995
Read more

This unique BMW-badged prototype is heading to auction in Paris