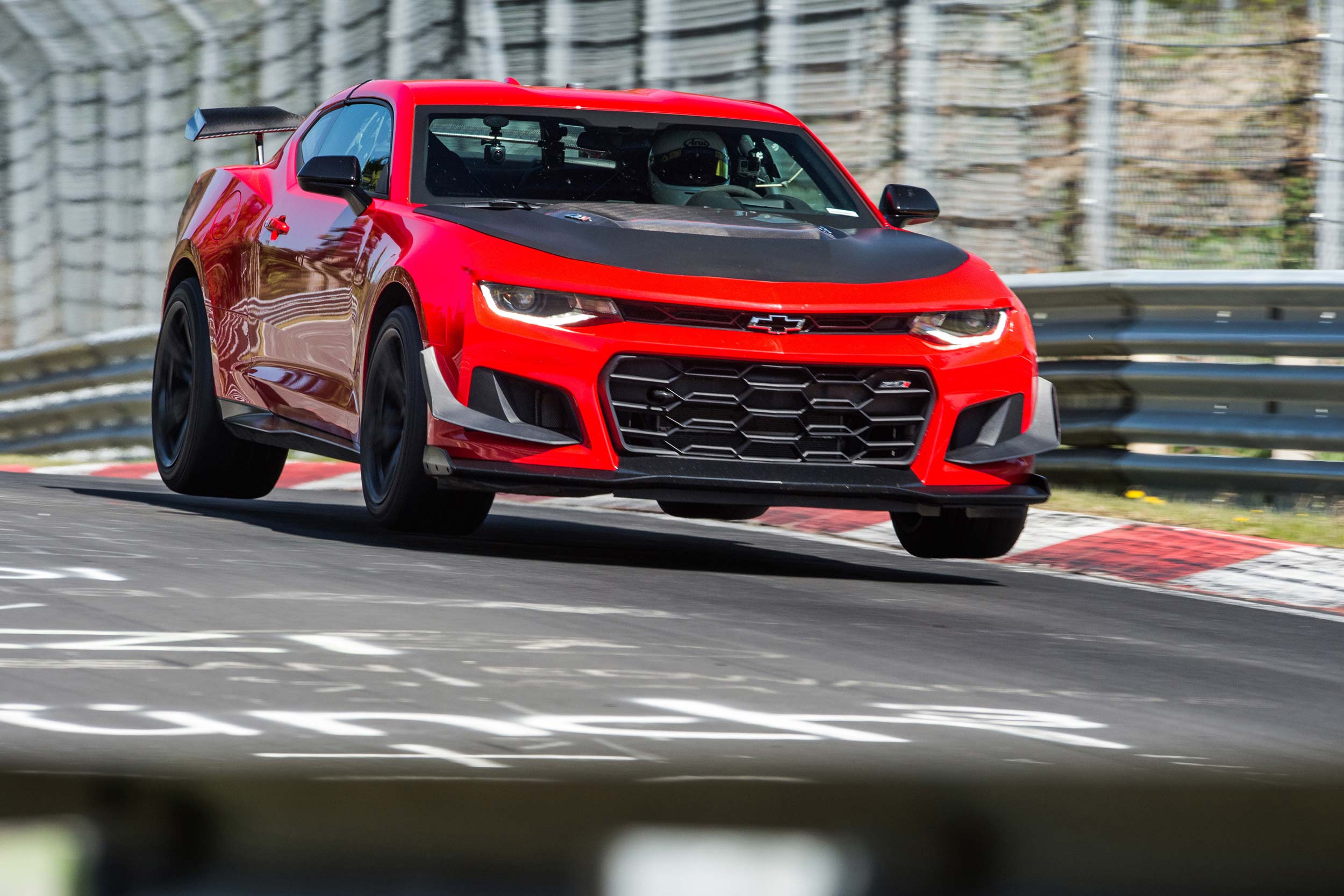 Lapping the north loop of the Nürburgring’s 12.9-mile course is a rite of passage for most sports cars these days, and when our UK team back in Jolly Ol’ got their chumblies all a-wumble over the fastest Nurburgring lap times in 2018, we were pleased to see at least two entries from the Good Ol’ on the list.

Which got us to thinking: what are the fastest American cars around the ‘Ring?

There are a raft of records from Chevrolet, and a few powerhouse laps from Dodge. Ford is under-represented, surprising given the massive performance of the Shelby GT500 and the plain ol’ GT. There is a very good reason, though; read on to find out why.

And here are the all-time fastest American cars around the Nürburgring Nordschleife (north loop). 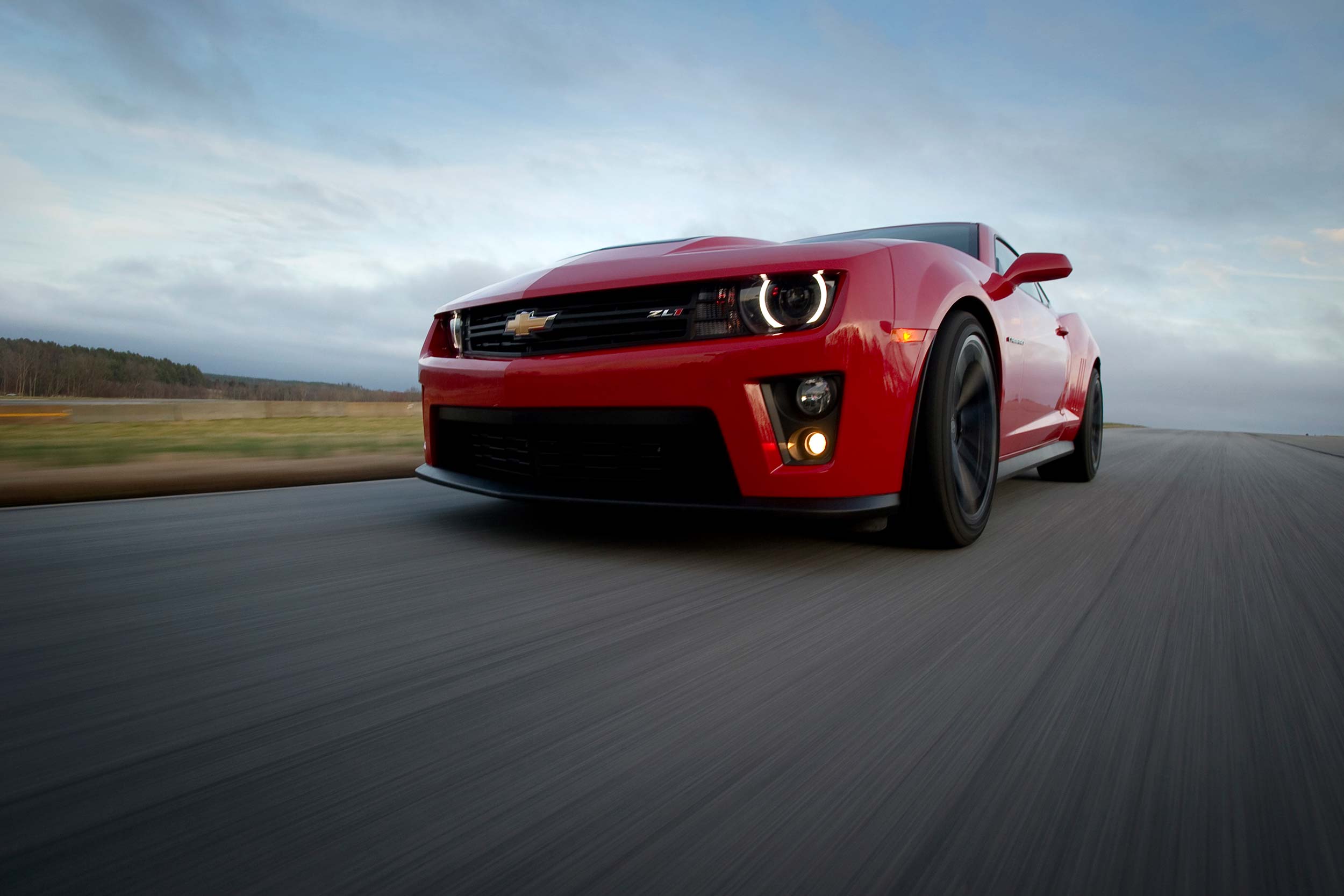 The Camaro SS was re-engineered for 2012 and came to life as the Camaro ZL1. Then then-new supercharged 6.2-liter engine made a stonking 580 horsepower and 556 lb-ft of torque.

With no performance modifications, Camaro Performance Engineer Aaron Link took a flying start and whipped the production-intent model around the Nordschleife in a blistering 7:41.27 seconds.

“One of the best moments is coming through ‘Fuchsröhre’, or Foxhole, “said Link. “The ZL1 accelerates at an unbelievable rate down through the tunnel of trees, and into a sweeping left-hand corner flat out in fifth gear. You have to have an extremely well-mannered, confidence-inspiring car to take any corner at 160 mph without lifting off the throttle, and the ZL1 was just brilliant.” 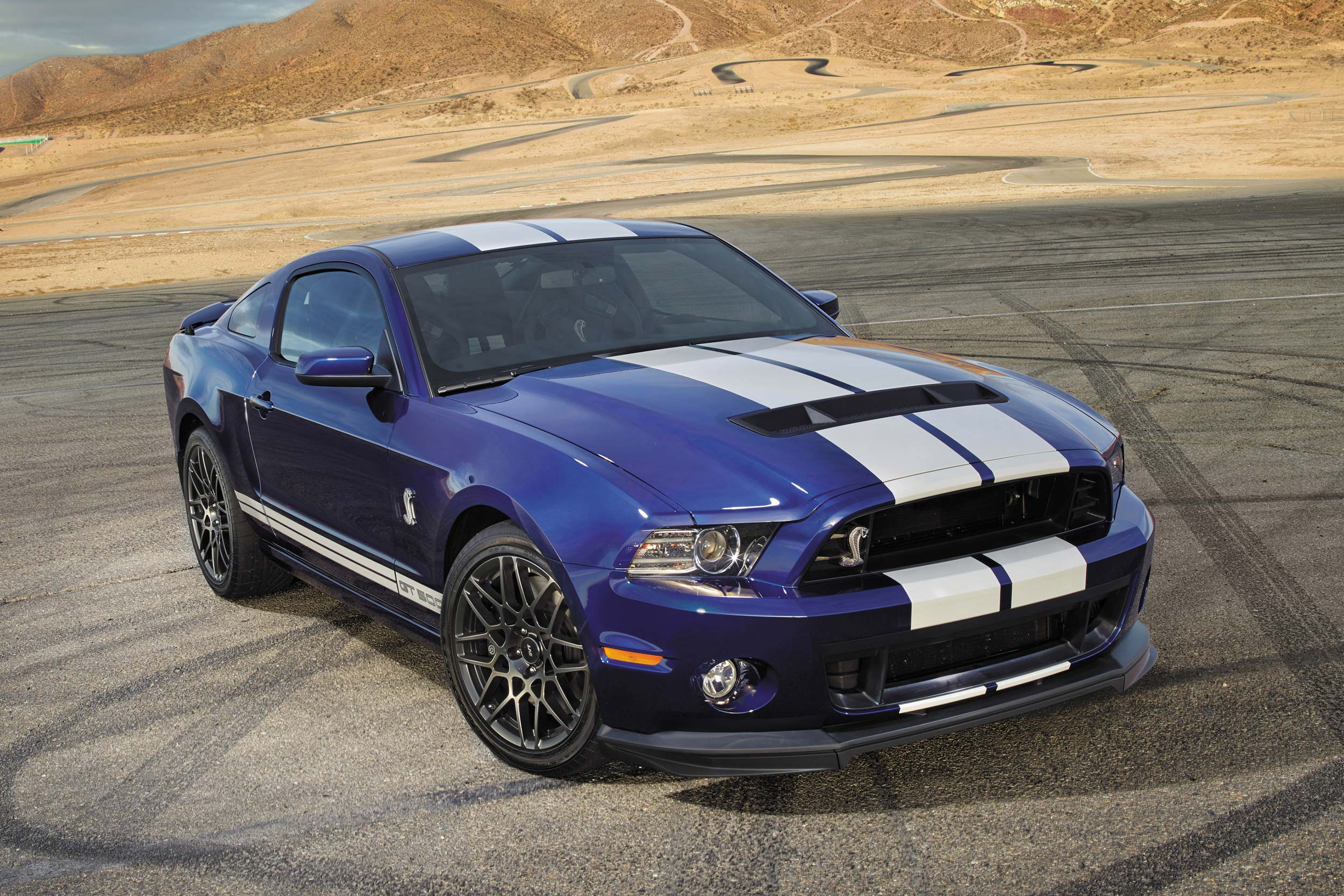 As we understand it, SVTPerformance.com made a request for Mustang videos (presumably from Ford Media). What they got was video of the 662-horsepower Shelby GT500 running a full test lap at the Ring. Watching the video closely, the site concluded that 7:39.28 was the elapsed time, and the internet’s automotive enthusiast communities have largely accepted their findings.

Ford itself doesn’t release times from the Ring. Ford’s Global Performance Vehicle Chief Engineer Jamal Hameedi has been said that there is no way to ensure all cars on on a level playing field. There is no standard of inspection, and teams prepare their own cars—including the timing equipment.

For that reason, we suspect, there are far fewer Fords on this list than might be expected. 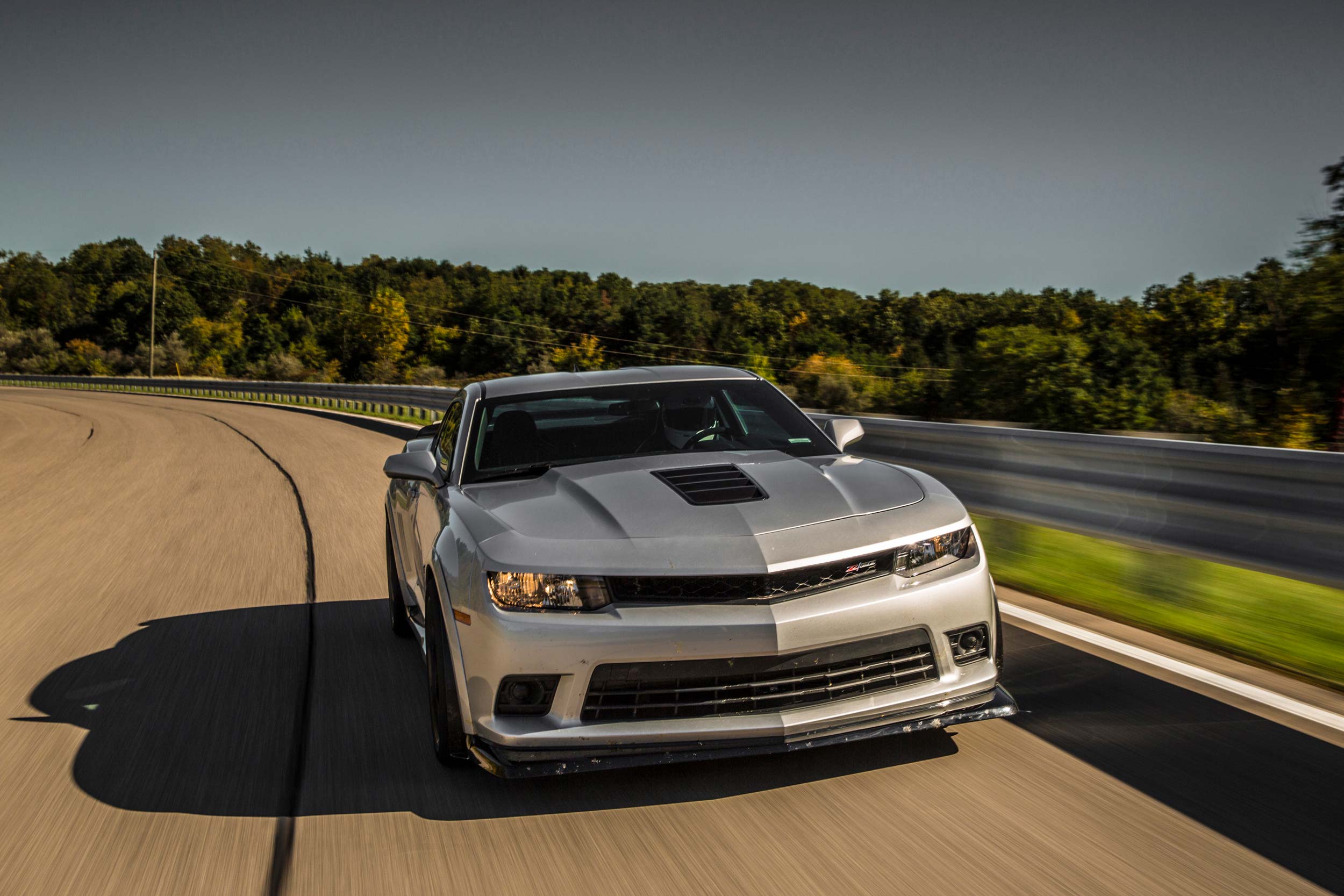 On a rainy October day in 2013, Chevrolet test engineers unloosed their latest creation on the Nordschleife. 7 minutes and 37 some-odd seconds later, the 2014 Camaro Z/28 was the fastest muscle car ever to lap the Ring.

Though the newcomer gave up 75 horsepower to the 2012 Camaro ZL1 Chevy tested previously, the new Z/28 was 300 pounds lighter thanks to details like thinner rear window glass, lightweight wheels, elimination of HID headlights, and use of a smaller battery.

In fact, the entire unsprung mass was new and controlled by the latest in spool-valve dampers, solid stabilizer bars, and and higher rate springs and bushings. The Brembo carbon ceramic brakes were bred for continuous track duty, and the Pirelli P Zero tires s glued the Z to pavement.

In a press release, Camaro chief engineer Al Oppenheiser said at the time, “Based on telemetry data from our test sessions, we know the Z/28 can be as much as six seconds faster on a dry track.” 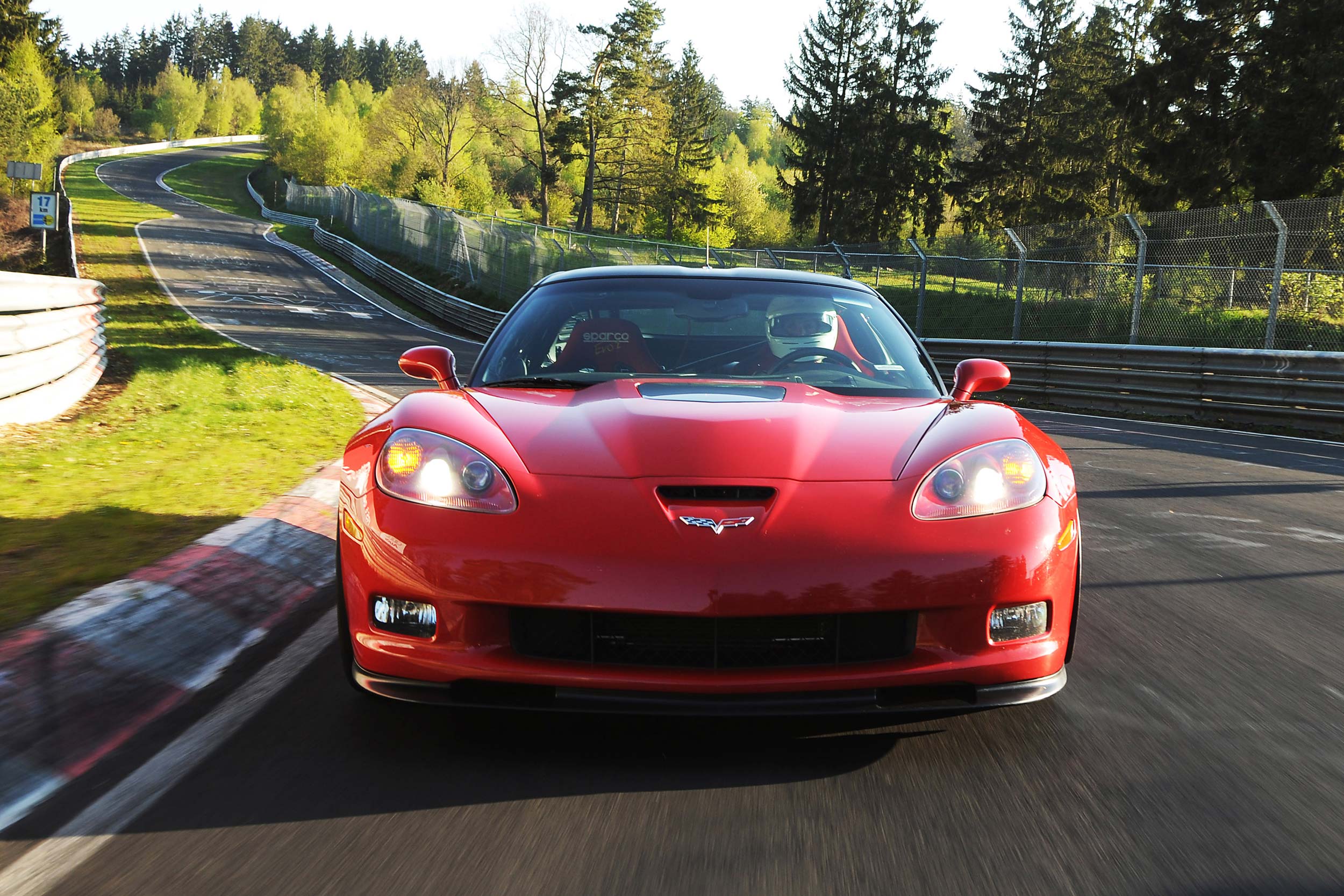 Chevy revived the ZR1 moniker for the Corvette in 2009. The 638-horsepower supercharged V8 worked in tandem with sophisticated aero to propel “America’s Sportscar” to a top speed of 205 mph.

With Corvette development Jim Mero behind the wheel, the team clocked 7:26.40, proving that the new Corvette was once again the king. 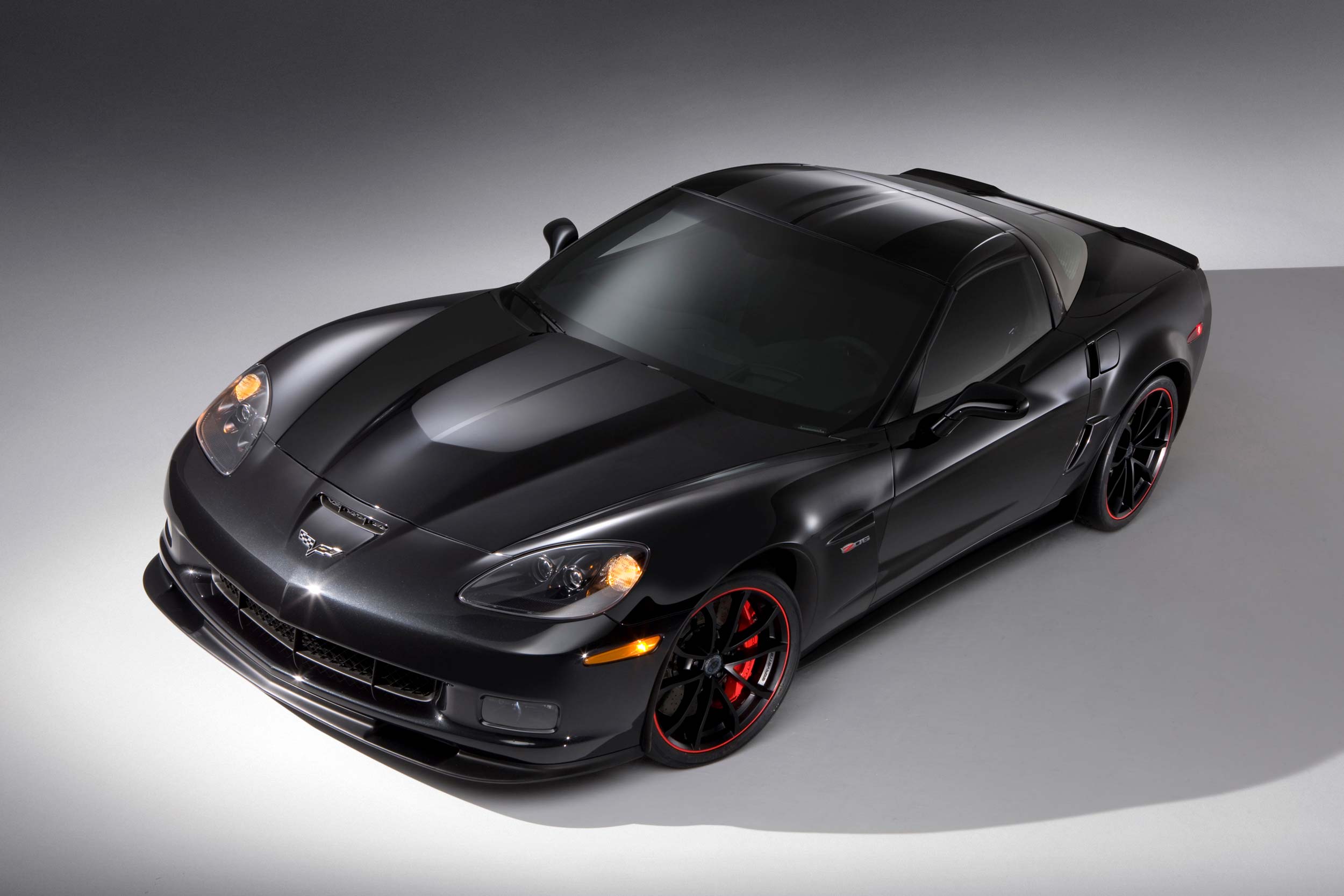 The Z07 performance package for the Corvette Z06 was upgraded for 2012, so Chevy’s development team brought it to the Ring to prove their calculations were correct.

Corvette chassis development engineer Jim Mero had the thankless job of pushing the Z06 to its absolute performance limits. The sticky Michelin Pilot Sport Cups worked together with fast-reacting magnetic suspension and advanced traction control to keep the lightweight Corvette on the bleeding edge of adhesion.

Though down 133 horsepower on the Corvette ZR1 that also accompanied the team (see below), the Z06 still managed a 7:22.68, only three seconds slower on the 12.9 mile course. 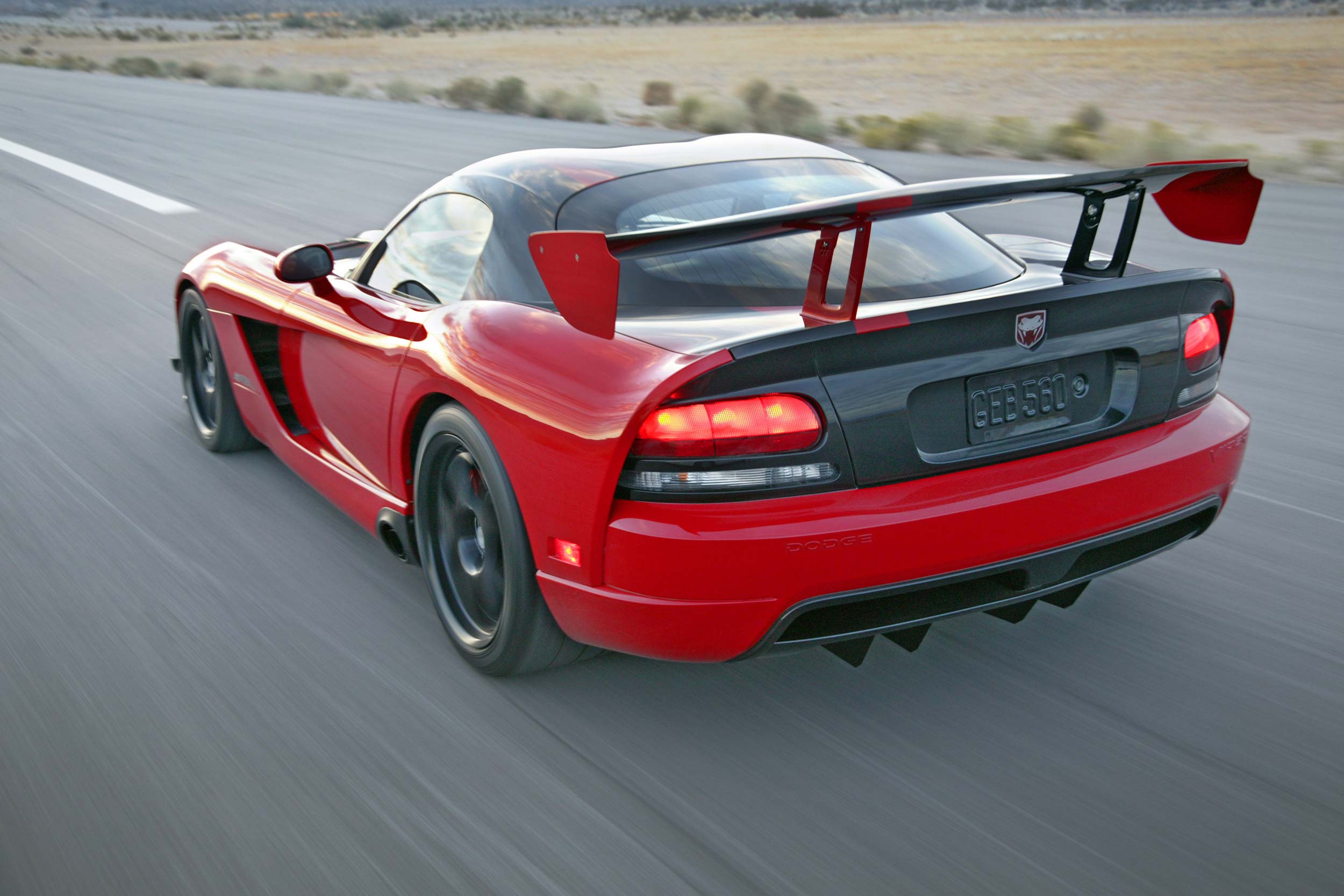 With no prior Ring experience, Chrysler Street and Racing Technology (SRT) engineers decided to test the 600-horsepower Dodge Viper against the Green Hell in August, 2008. They had just one day to prepare and only one day for timing, and the weather was against them.

The ACR (American Club Racer) version of the Viper was lighter than the standard model and tuned for track use. At 150 mph, the aero improvements created an astounding 1,200 pounds of downforce. 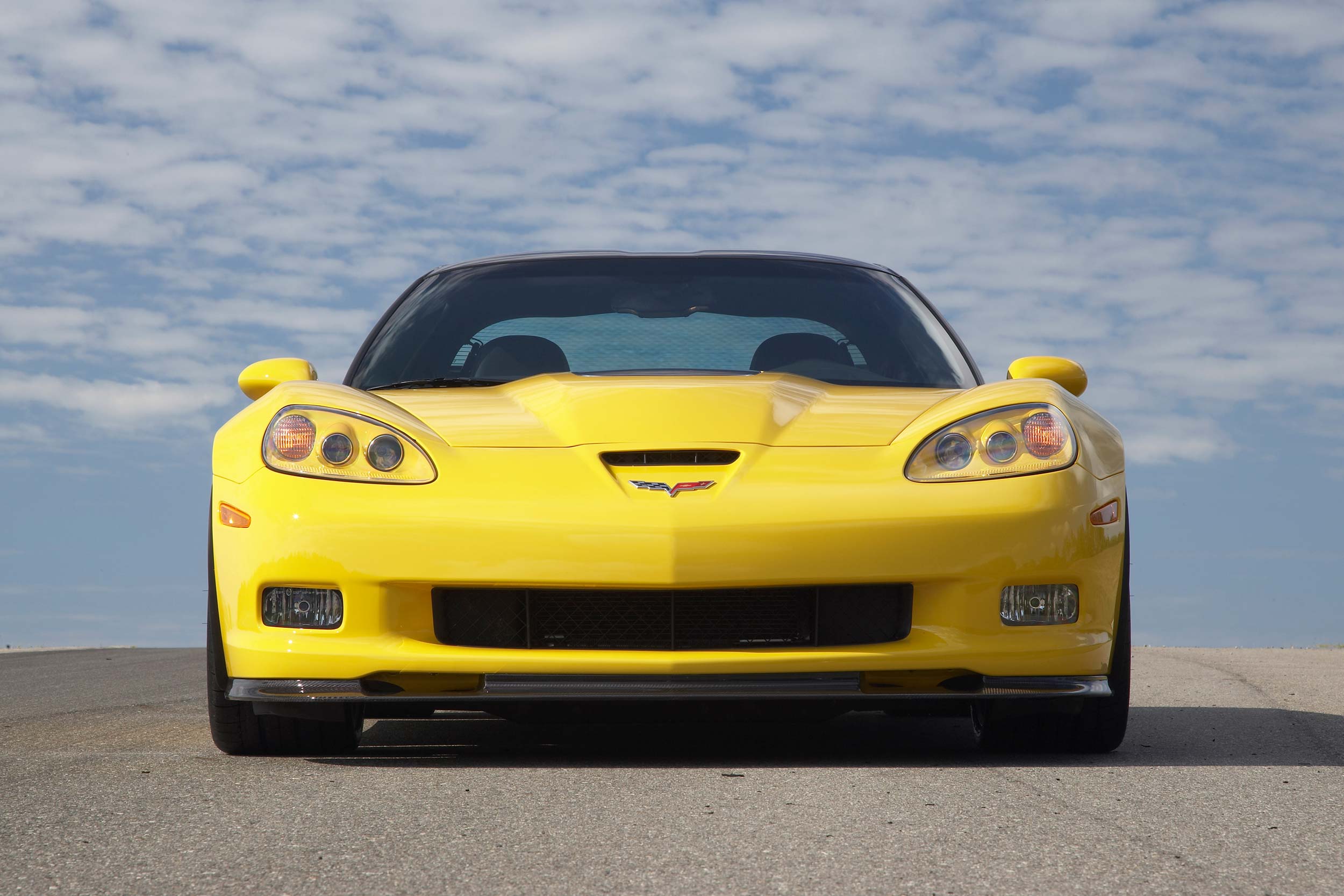 Chevrolet unleashed a completely stock 2012 Corvette ZR1 on the Ring in June 2011 and recorded a time of 7:19.63, making it one of the fastest production cars in the world.

The unmodified production model was in Germany to evaluate the added performance technology for the upcoming model year. ”Testing at the Nurburgring is one of the important methods we have to validate our car in the toughest track conditions.” said Tadge Juechter, Corvette vehicle line director and chief engineer. 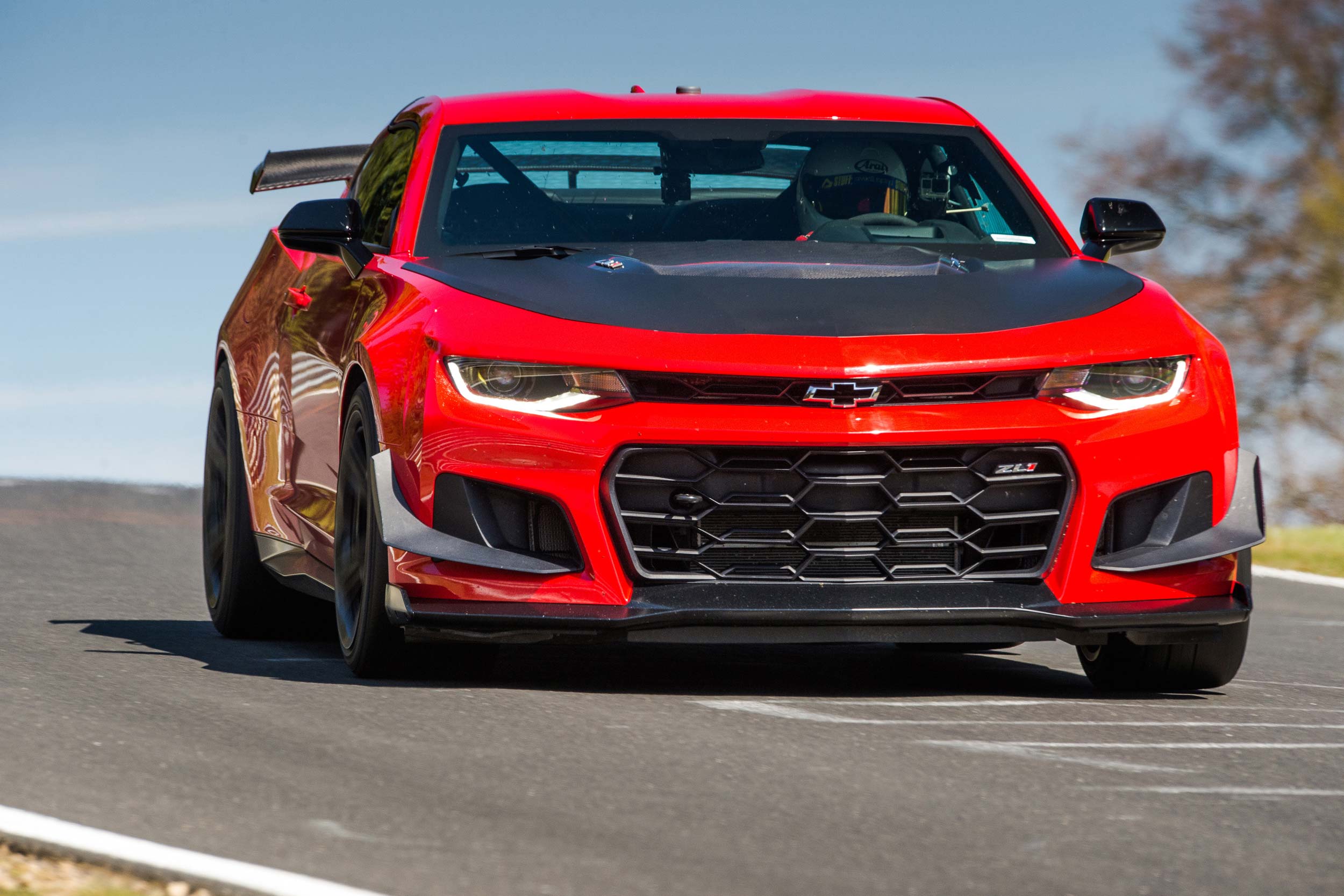 Using a 650-horsepower V8, a consumer-facing track package, and a six-speed manual transmission, this 2018 Camaro ZL1 1LE obliterated the Green Hell in just 7:16.04. That, for the record, is faster than many European supercars tested this year like the Ferrari Enzo, Porsche Carrera GT, and a Pagani Zonda F Clubsport.

Not bad for a car that carries an MSRP of $69,995, including destination. 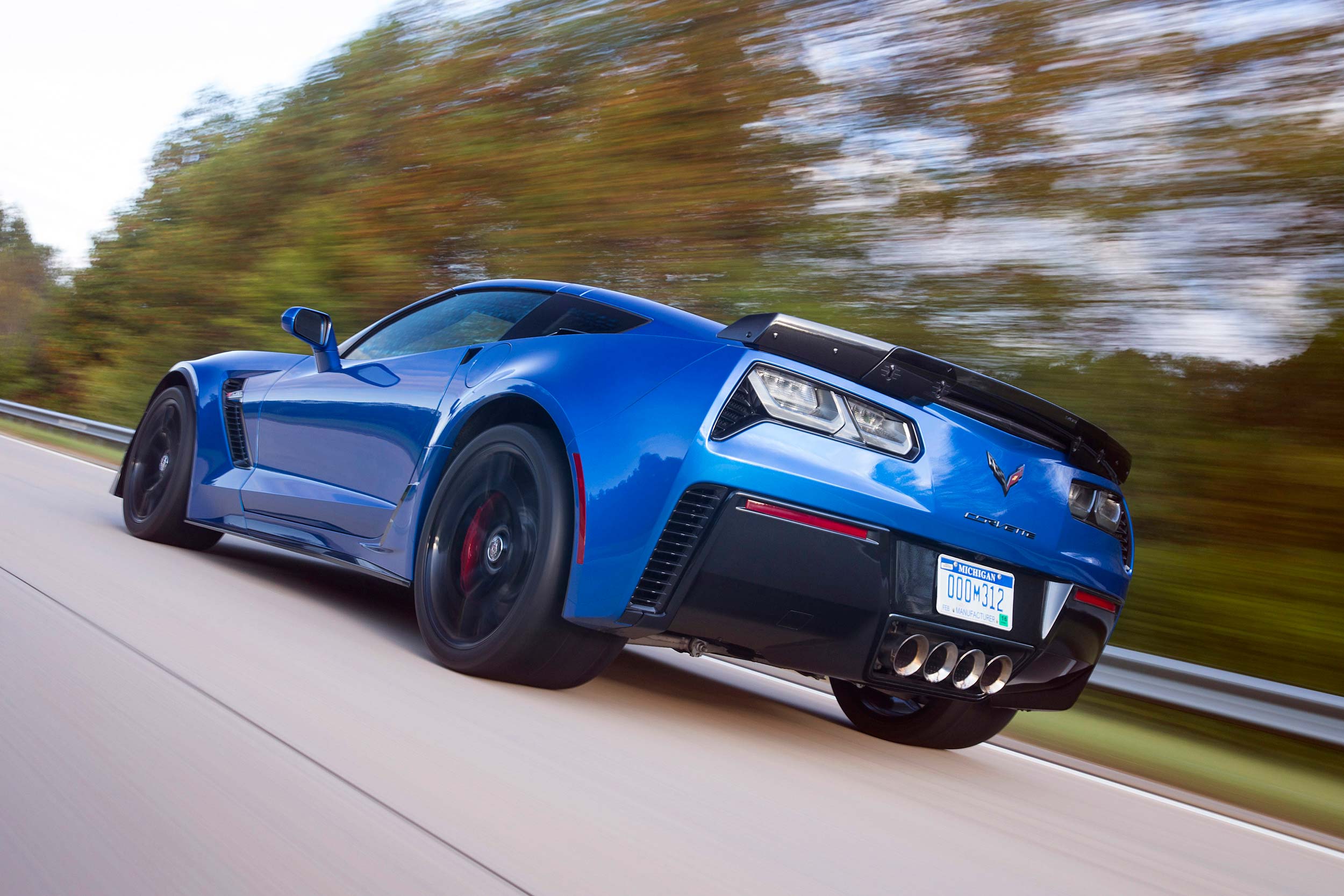 While Chevy never set an official lap time for the C7 Z06, German magazine Sport Auto managed to get ahold of one (with Michigan manufacturer plates, nonetheless!) and sent it ‘round the Ring.

The super Chevy sported carbon-ceramic brakes, sticky Michelin Pilot Sport Cup 2 tires, a seven-speed manual gearbox, and a dominating 6.2-liter supercharged V8 with 650 horsepower and 650 lb-ft of torque. Published figures for the Z06/Z07 beast are: zero-60 in just 3.2 seconds, braking from 60-zero in just 99.6 feet, and 1.2g in corners. 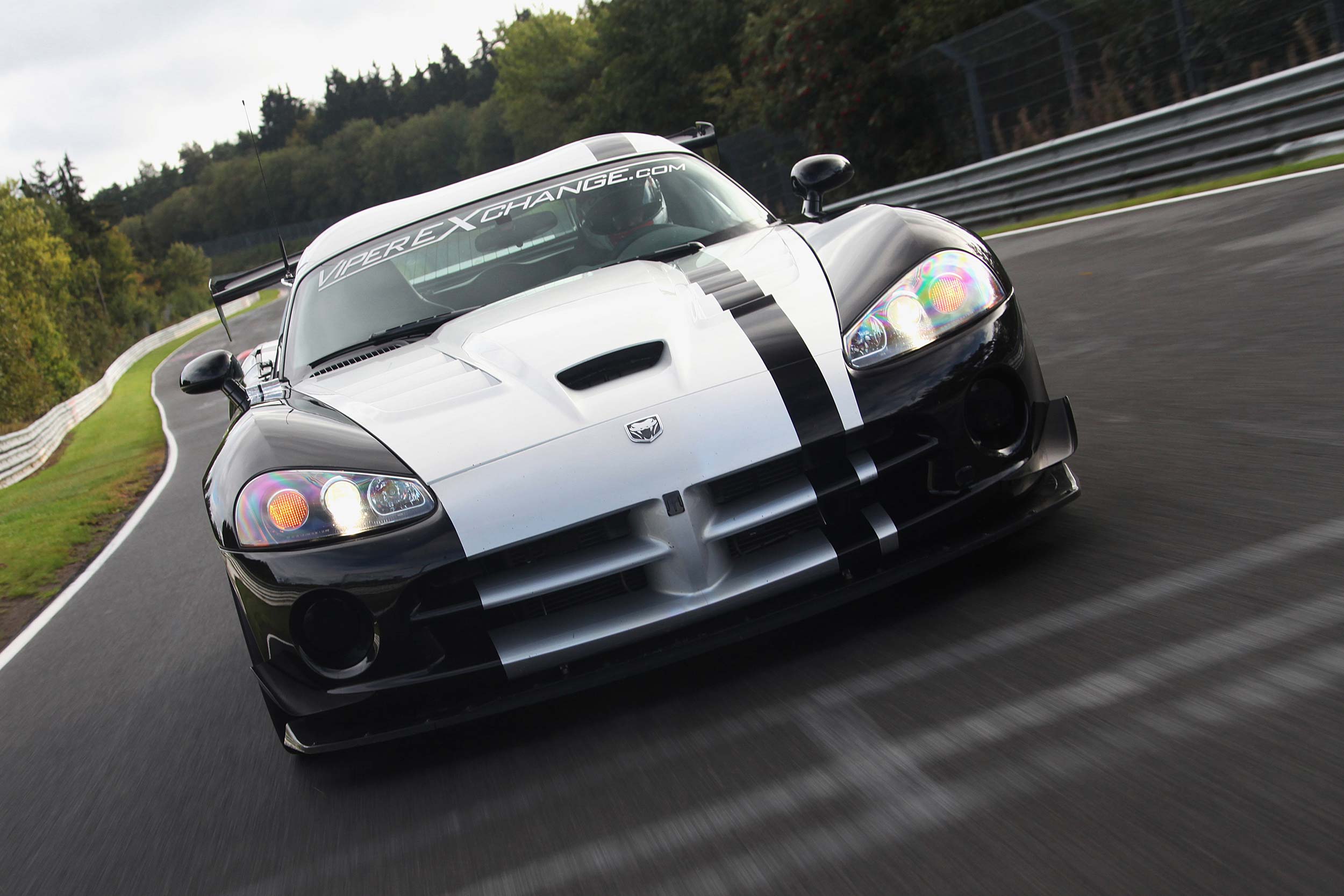 There were no 2011 model-year Dodge Vipers being produced, so SRT teamed up with the Viper Club of America and Tomball Dodge from Tomball, Texas. Tomball’s ViperExchange Viper-only dealership provided two brand-new 2010 Viper ACRs straight off the showroom floor for the attempt. 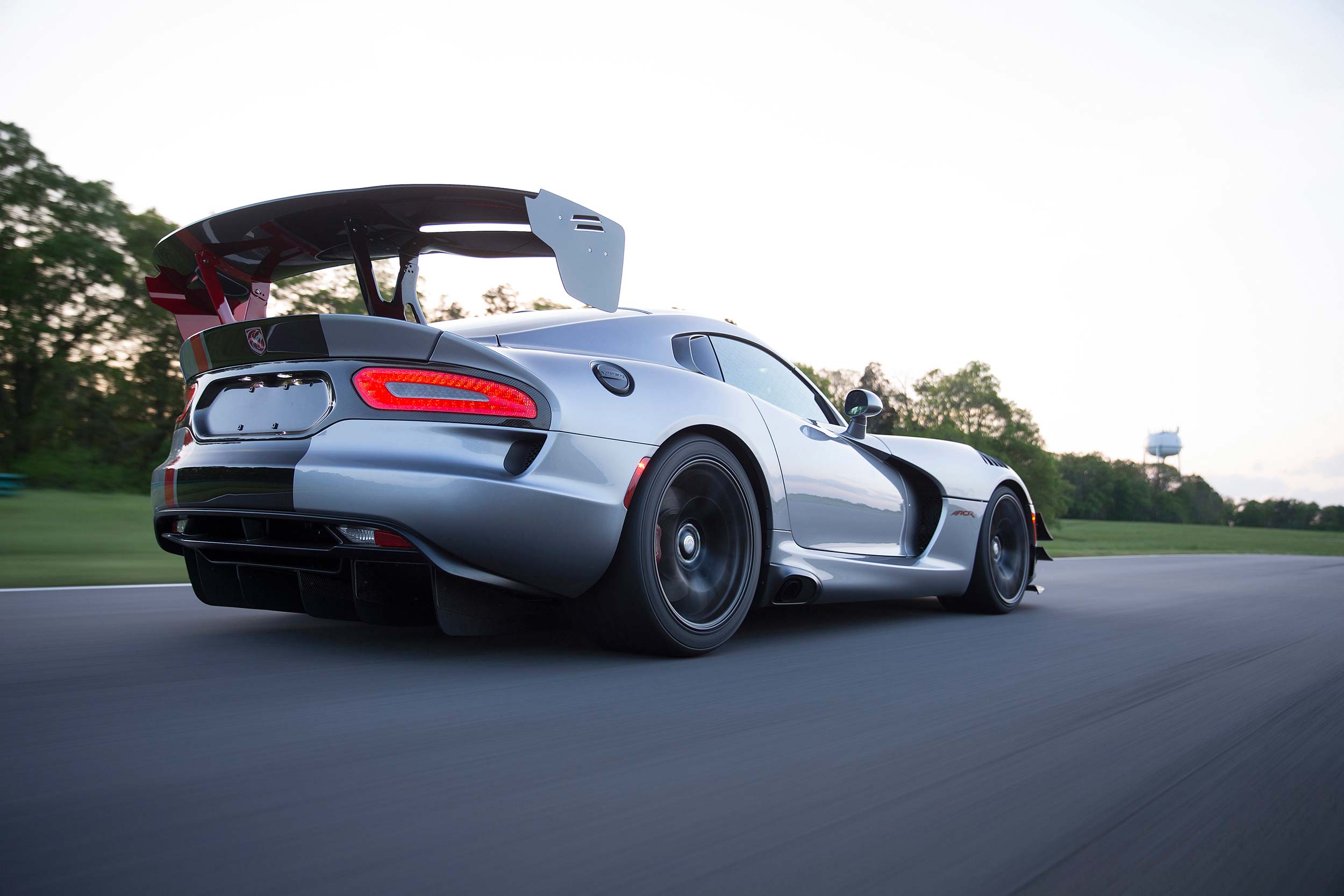 Dominik Farnbacher was not done setting Viper records at the Ring. Even though the 2011 attempt yielded 7:12.13 and was the fastest production car at the time, Farnbacher knew the Viper had more.

Fiat Chrysler had announced in 2016 that Viper production would cease. South Florida entrepreneur-turned-racer Russ Oasis wanted to prove once and for all that the car was “indeed the greatest street-legal race car produced,” so he teamed up with ViperExchange and Kumho Tires for one last shot at a record. A highly successful crowdfunding campaign completed the budget.

The team shipped two $145,000 cars to Germany for the attempt. Even though they faced setback after setback, Farnbacher managed a brutally fast 7:01.30, a glorious sendoff for the American performance icon.