When America took over a very British classic car show

The annual Classics on the Common car show is just about as British as can be. It’s held on public land (the ‘Common’) in Harpenden, England, the entry fee is a small donation to charity (for which you get a sticker) and although it’s been running for 25 years, it’s only this year that the […] 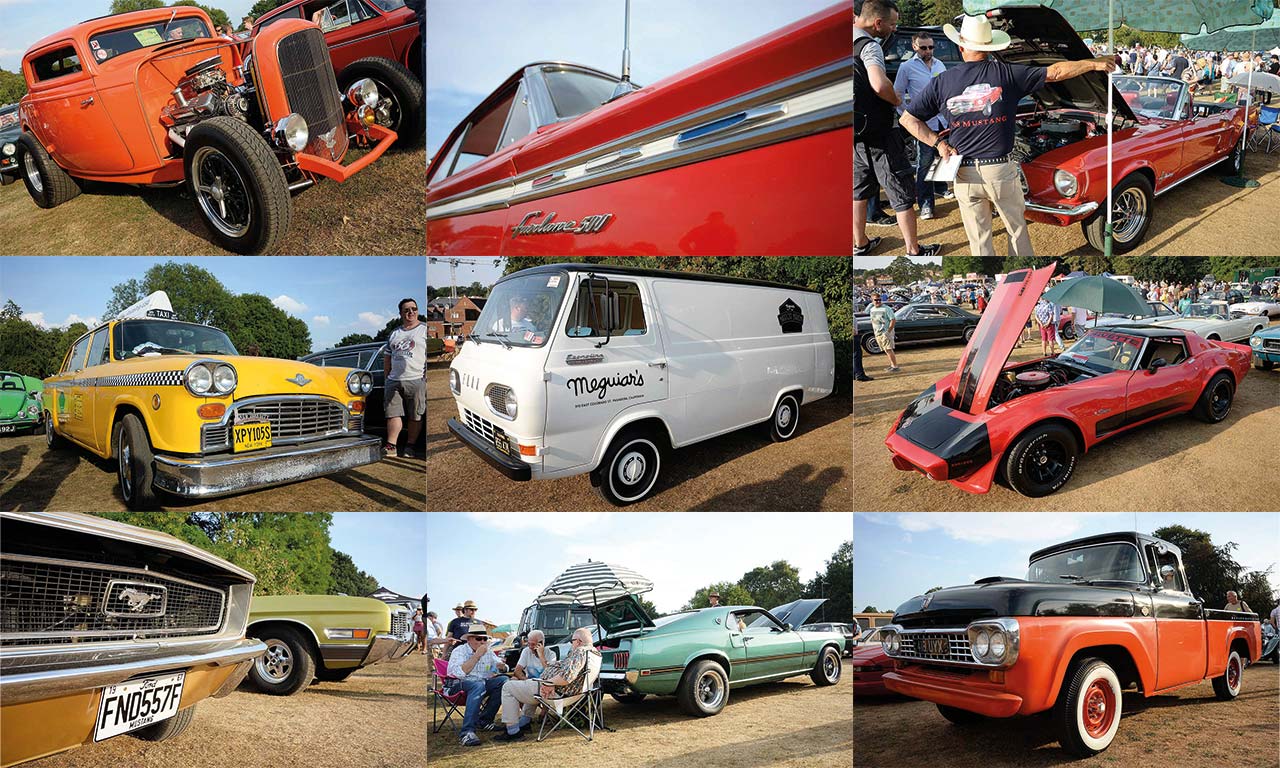 The annual Classics on the Common car show is just about as British as can be. It’s held on public land (the ‘Common’) in Harpenden, England, the entry fee is a small donation to charity (for which you get a sticker) and although it’s been running for 25 years, it’s only this year that the first ‘rule’ was introduced: all cars must be aged 25 years or older. If you awfully don’t mind. Thank you. Sorry.

Naturally, as it’s held in the English countryside, there are dozens of MGBs, Minis, Ford Capris and Morris Marinas, plus other oh-so-British retromobilia. But this year, there were over 1,000 cars on show – and a growing proportion of them are as all-American as can be.

Join us as we look at the U.S. muscle muscling out the Brits on home turf – showing classic American cars are thriving on the other side of the Atlantic, too. 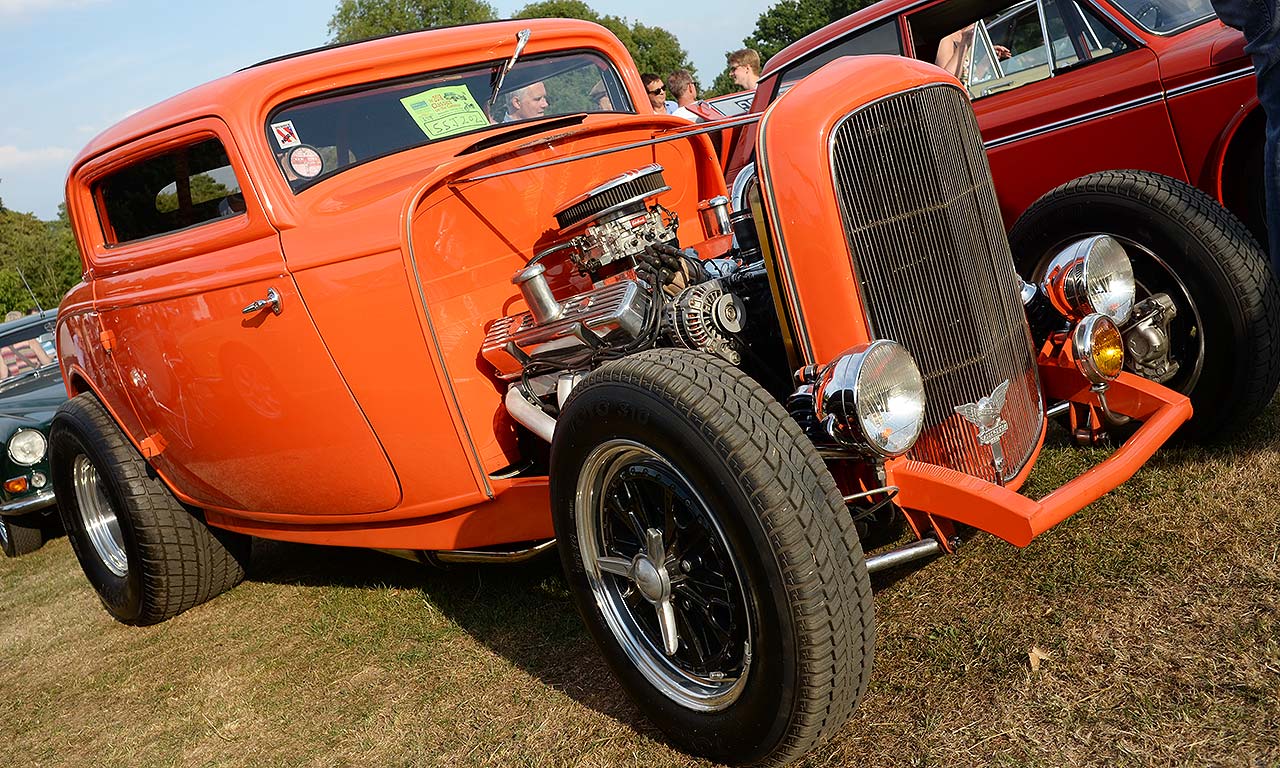 Classics on the Common this year was held in a British heatwave. Temperatures swelled to over 93 degrees… perfect reason to leave your engine exposed, no? 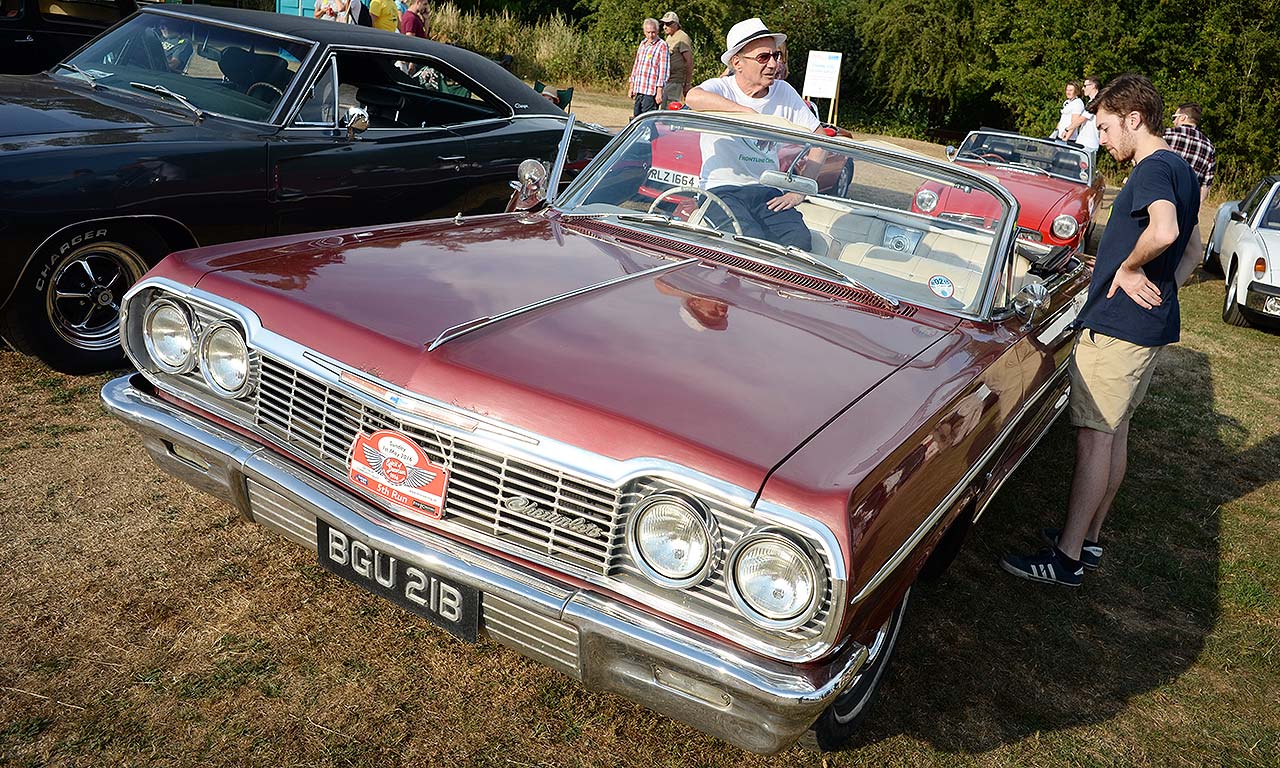 Recruiting the next generation of American car enthusiasts? 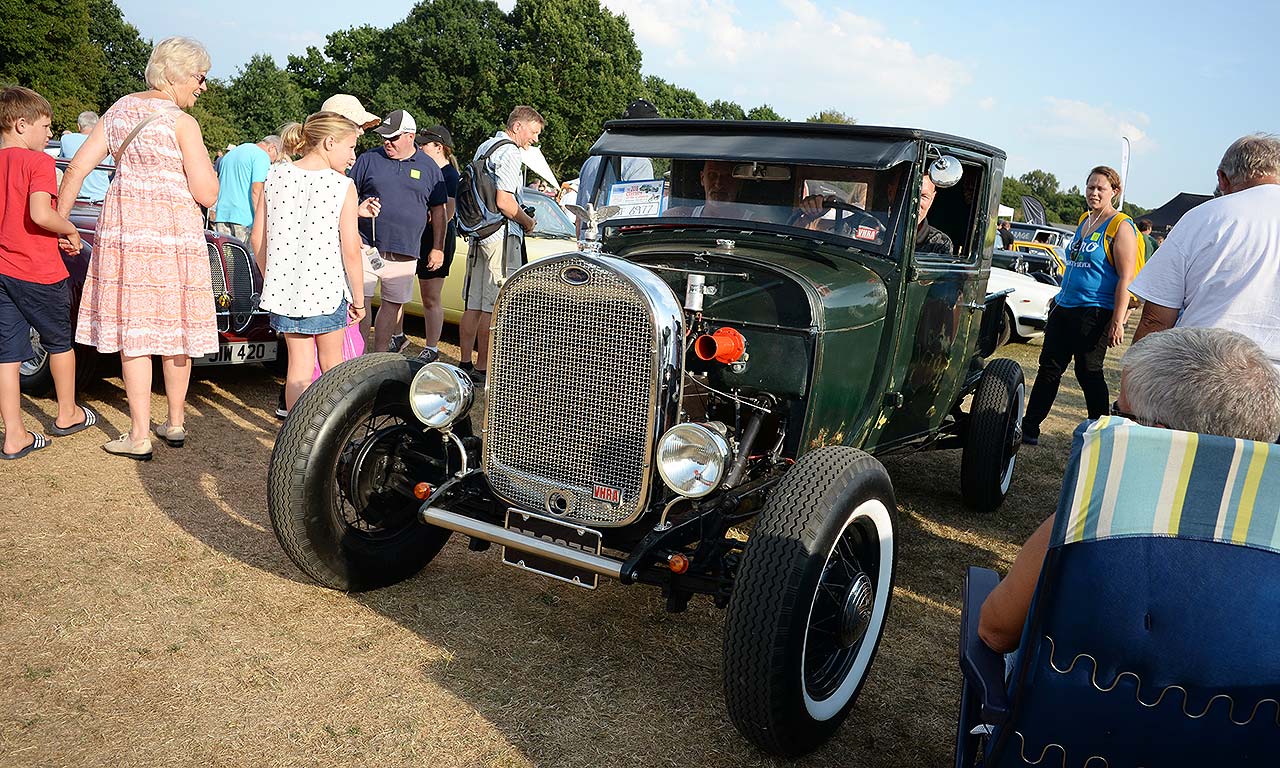 This poor guy faced a 19-point turn in the 93-degree heat. It was worth it just to cruise back down the line, though. 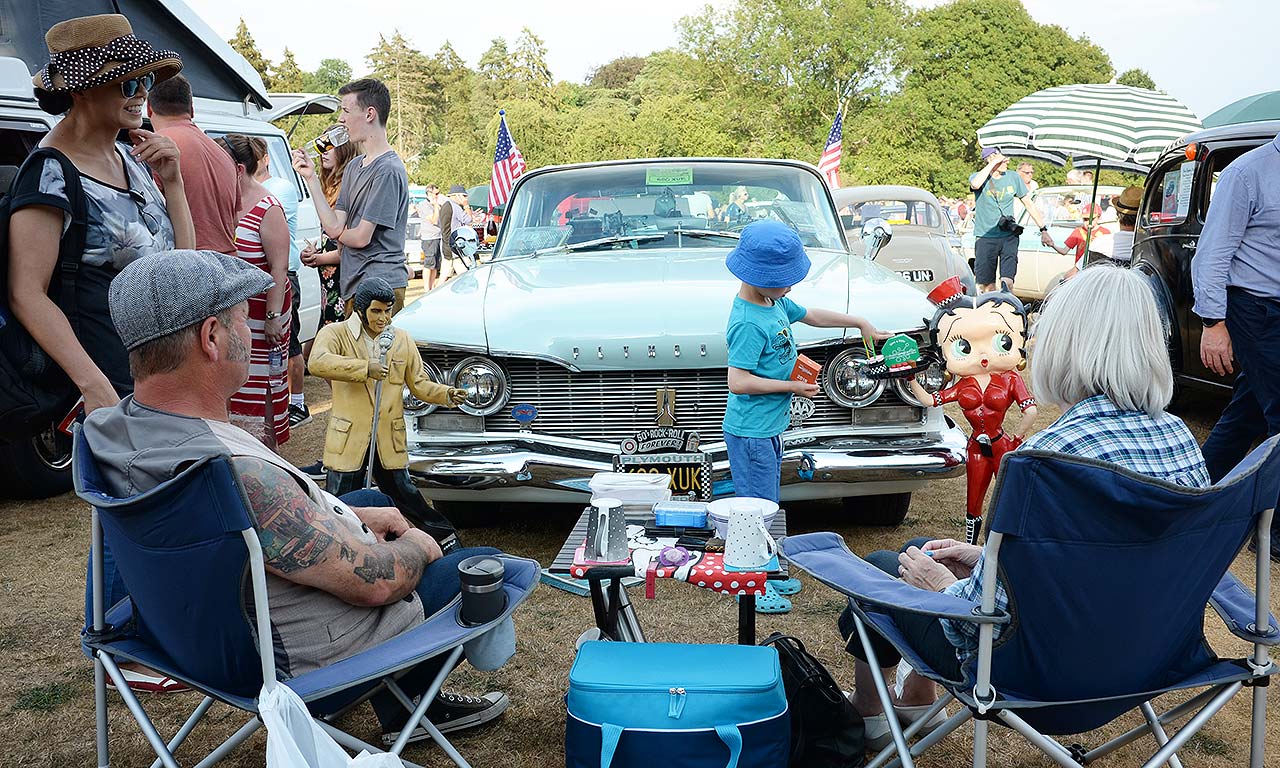 A very British picnic. With a very American Plymouth. Elvis and Betty Boo called in for tea. 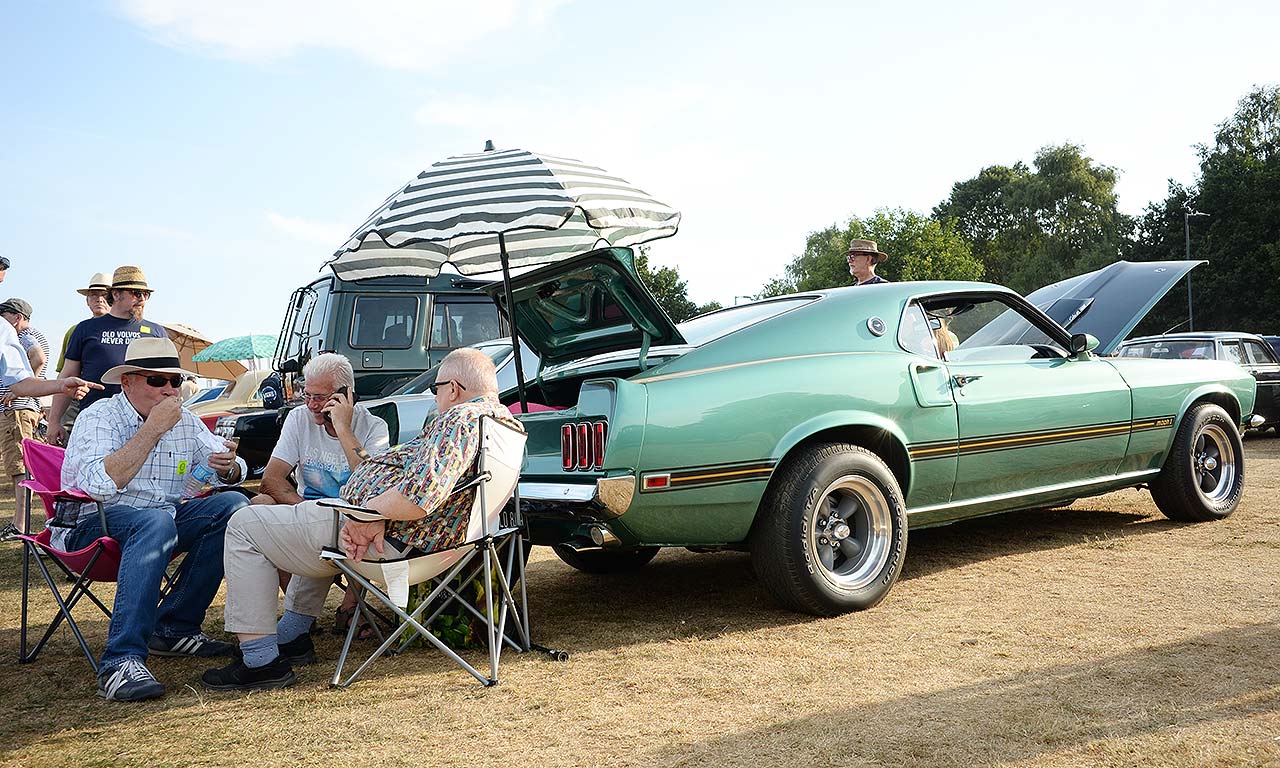 Three more picnic-ers sitting behind their 1969 Mustang Mach 1… wait, what? A 69 Mach 1? With a picnic umbrella propped up in its trunk? 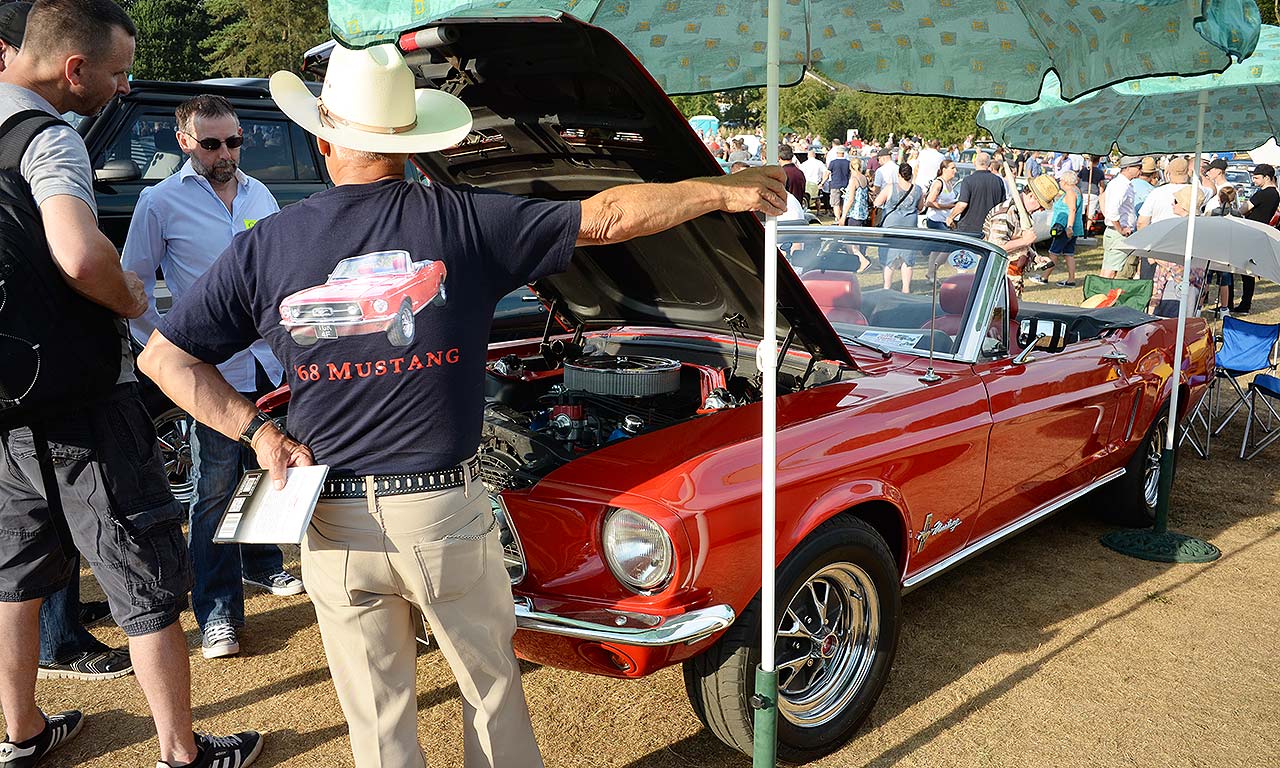 We think this guy might be the owner of that ’68 Mustang. 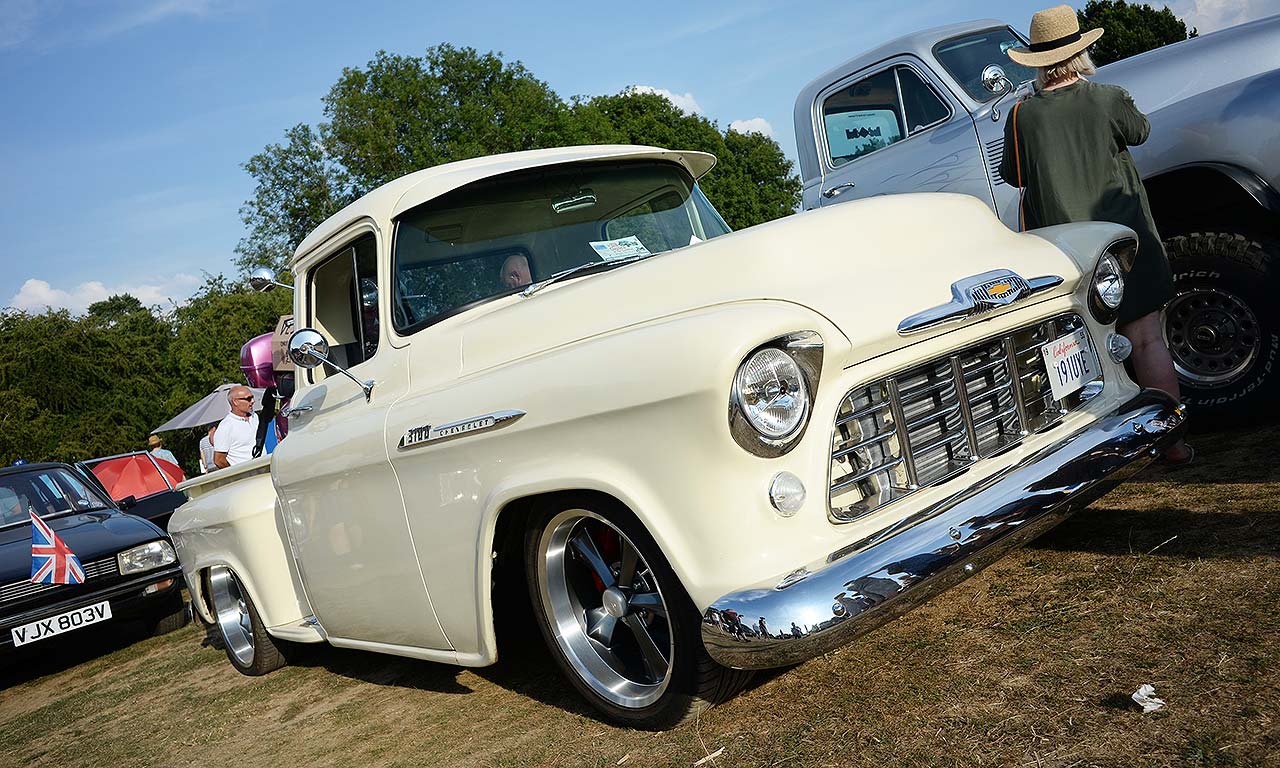 Don’t let the Austin Princess wearing the Union Flag in the background distract you from this lovely slammed Chevy 3100. Oh, it didn’t. 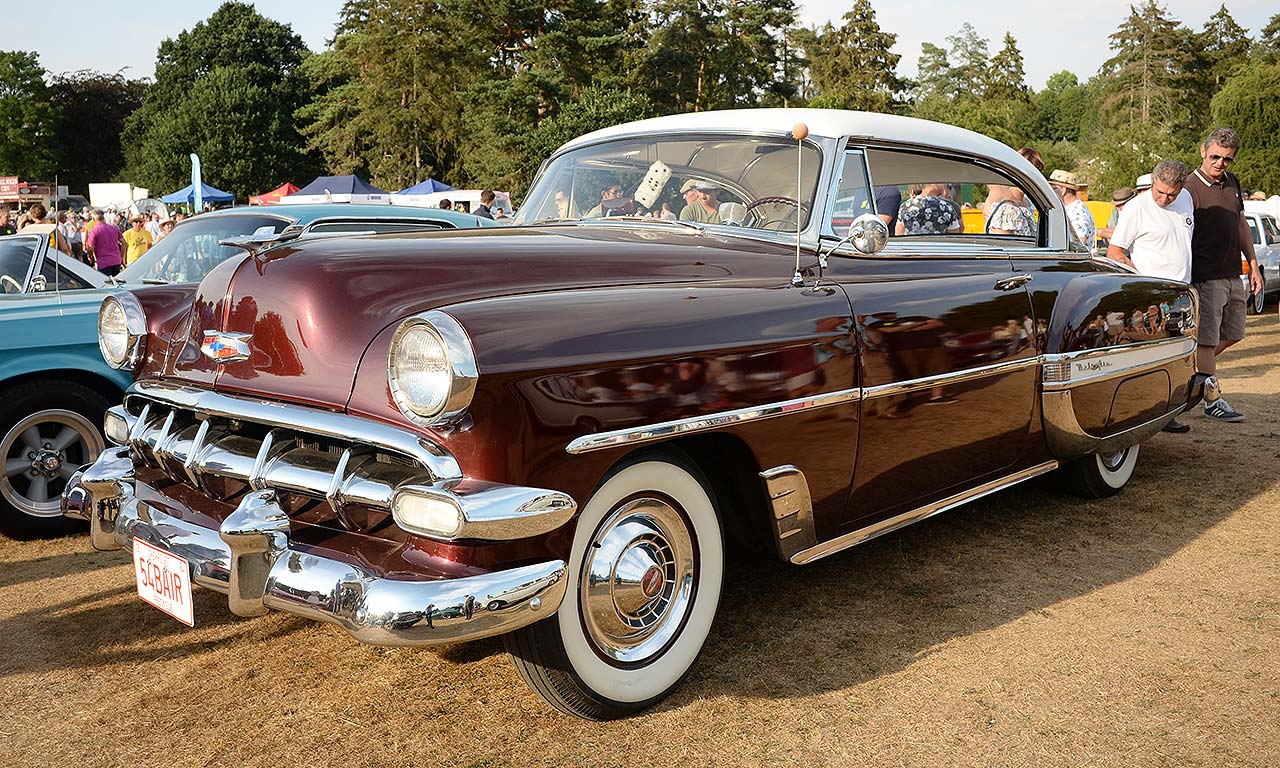 Some Brits are seriously in love with their American cars. This ’54 Bel Air was just gorgeous. 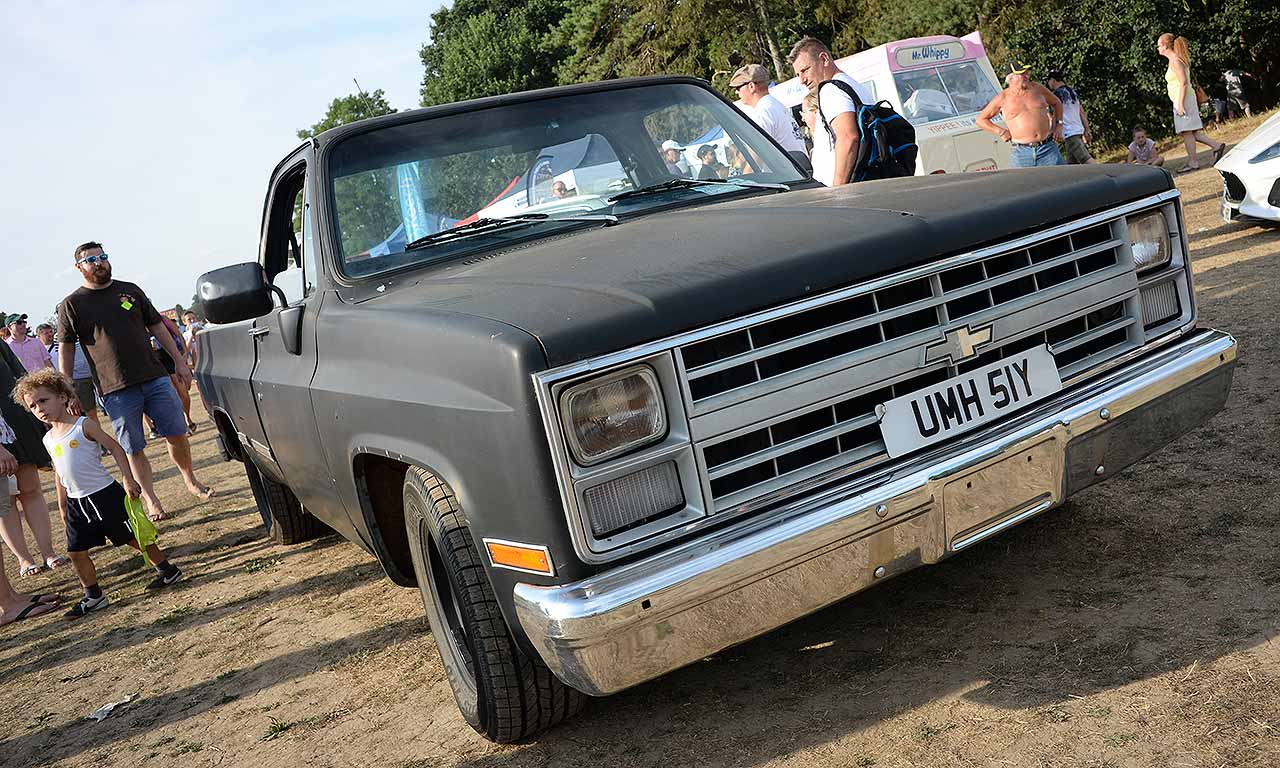 Whereas this Silverado is well-used and all the better for it. A working American classic in England! 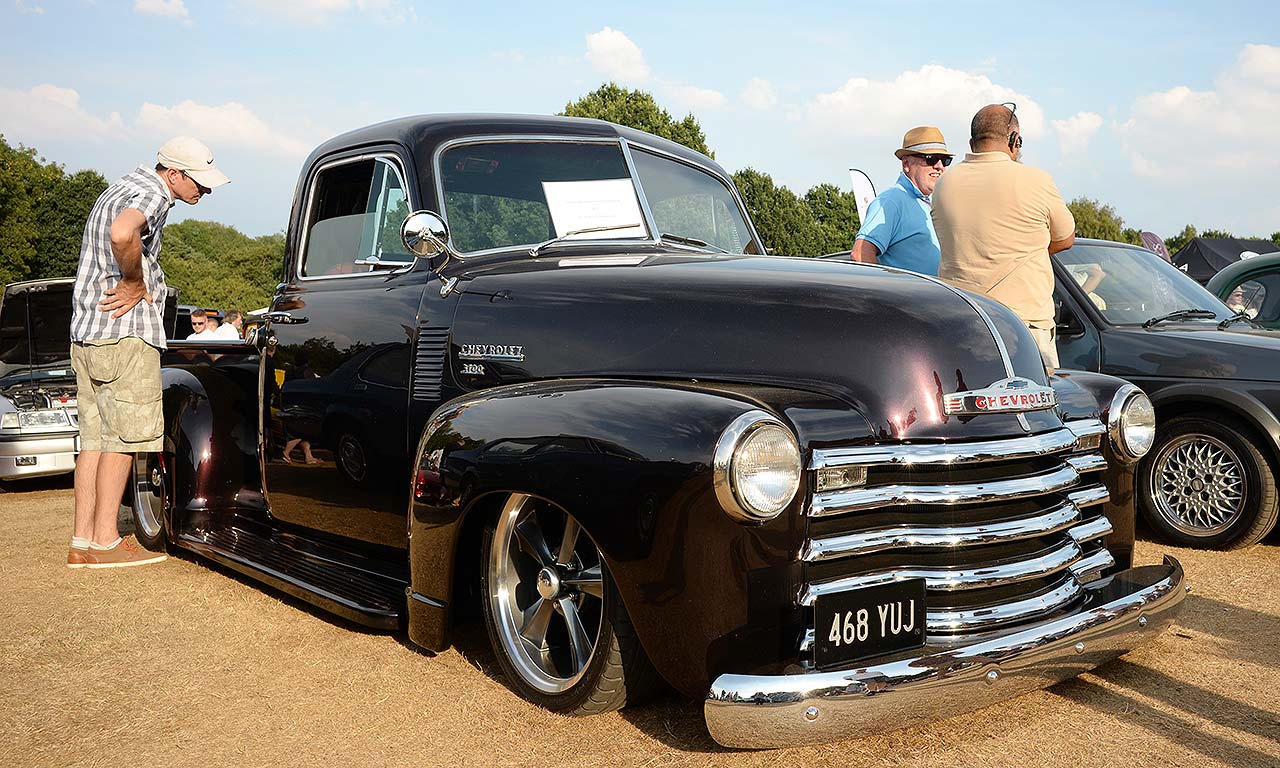 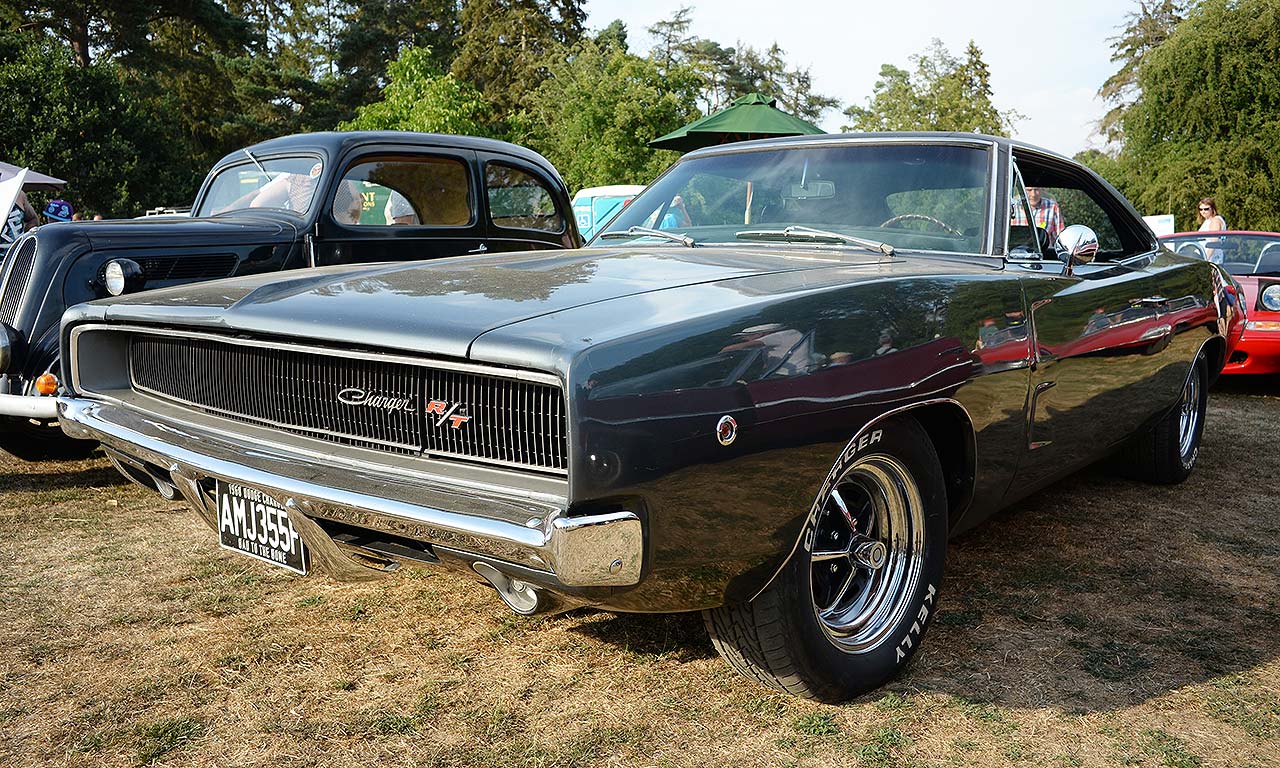 This Charger R/T oozes potency wherever it sits. It’s simply reinforced when it’s sitting in a field in Hertfordshire, England. 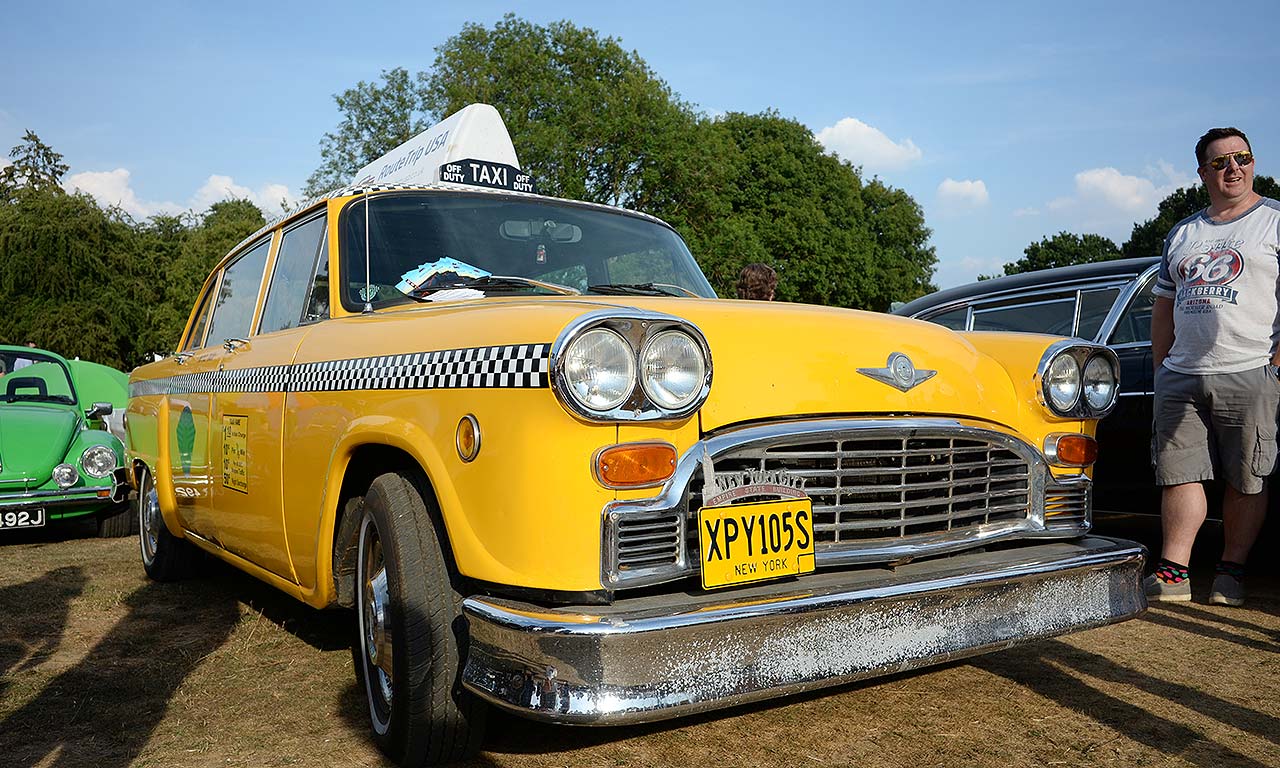 The good old Checker Cab, an American every English person recognizes. Like all U.S. cars over there, this one wears British licence numbers but in an authentic American format. 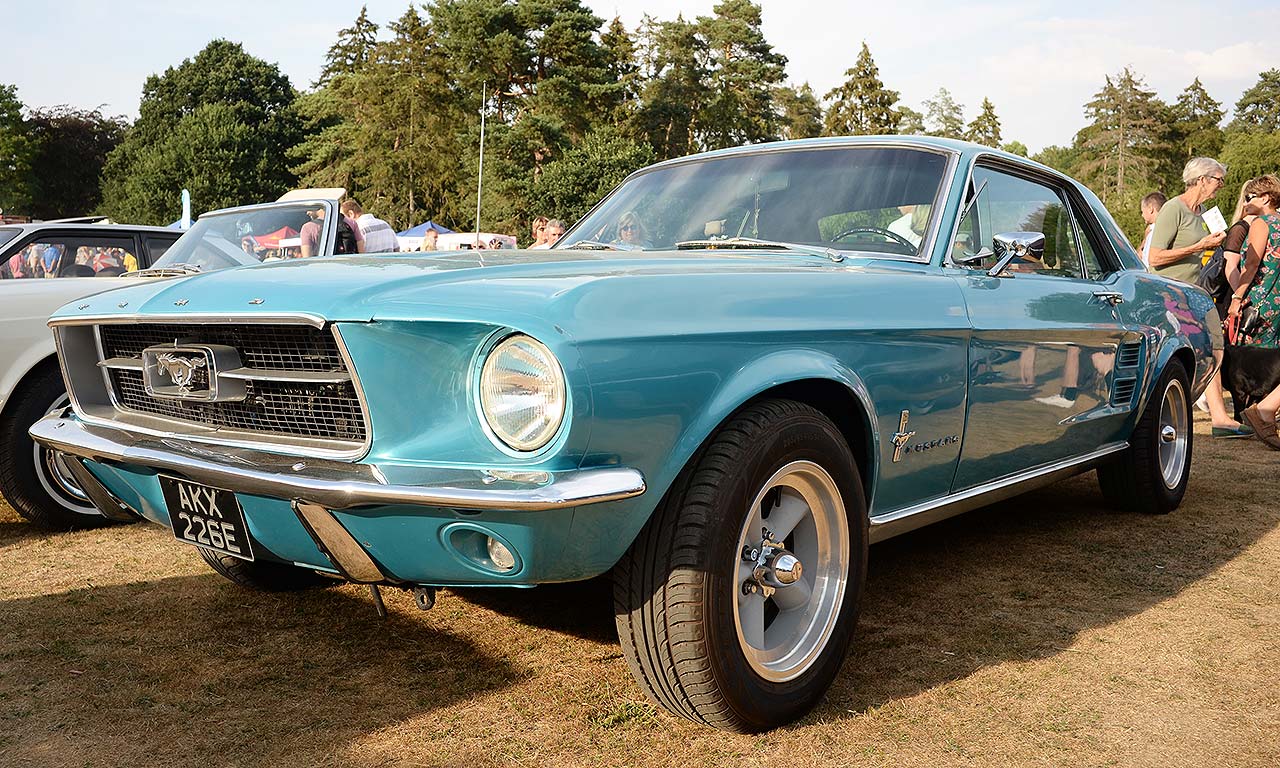 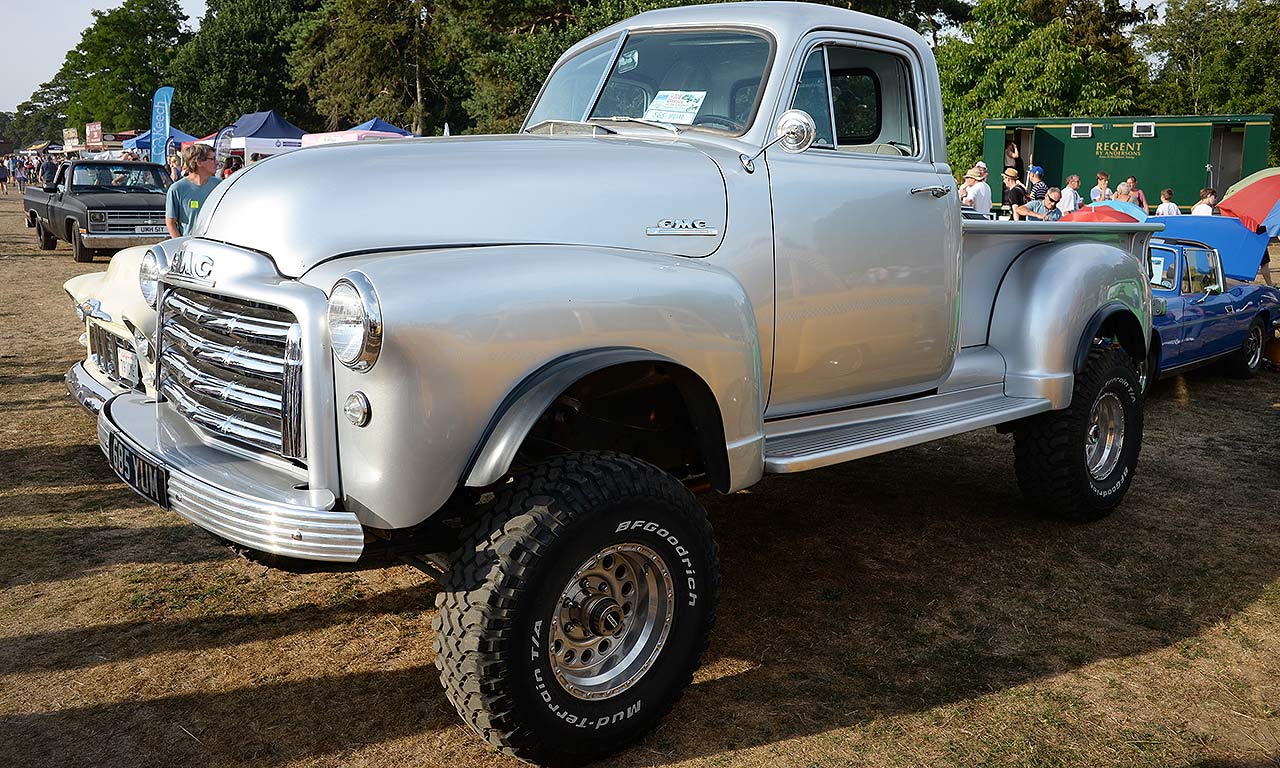 Here’s something a bit different – this GMC truck towered over pretty much everything in the field. 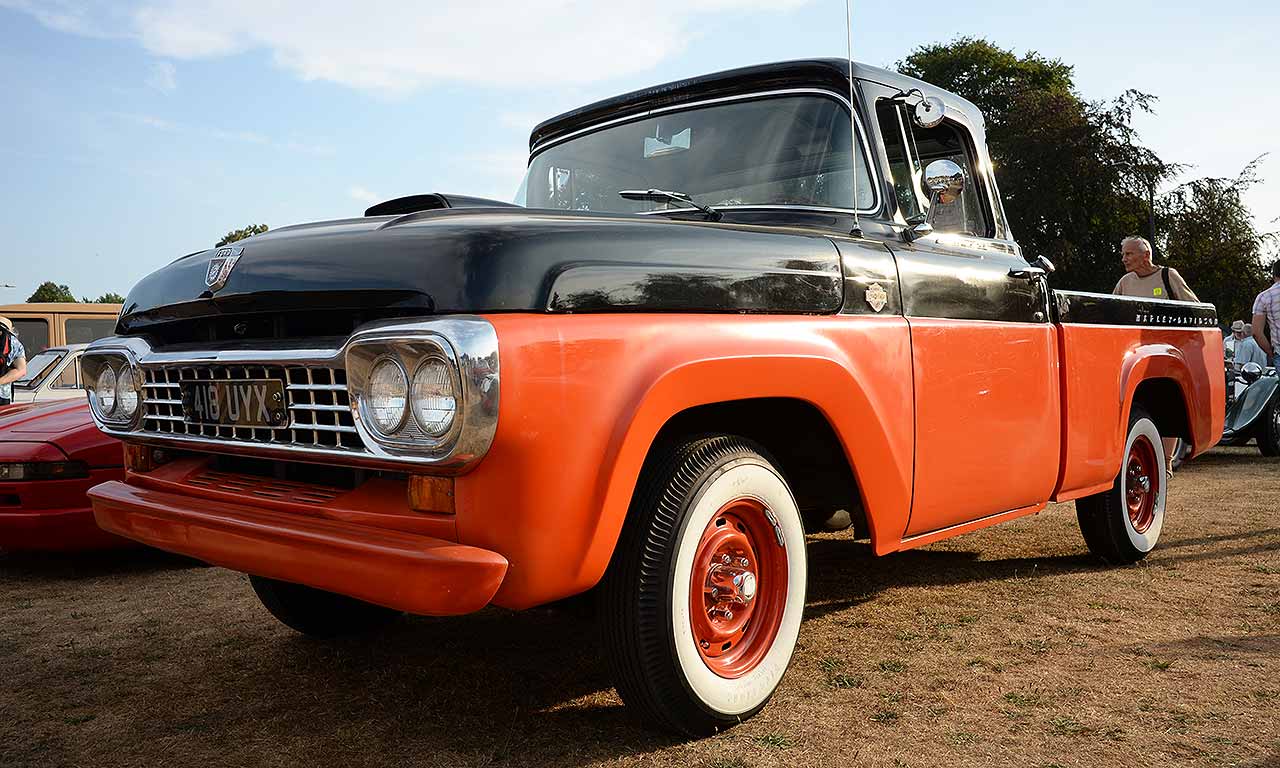 A well-kept F-100 wearing a Harley-Davidson look. Note the H-D nameplates on the front quarter, and the lettering on the rear deck. 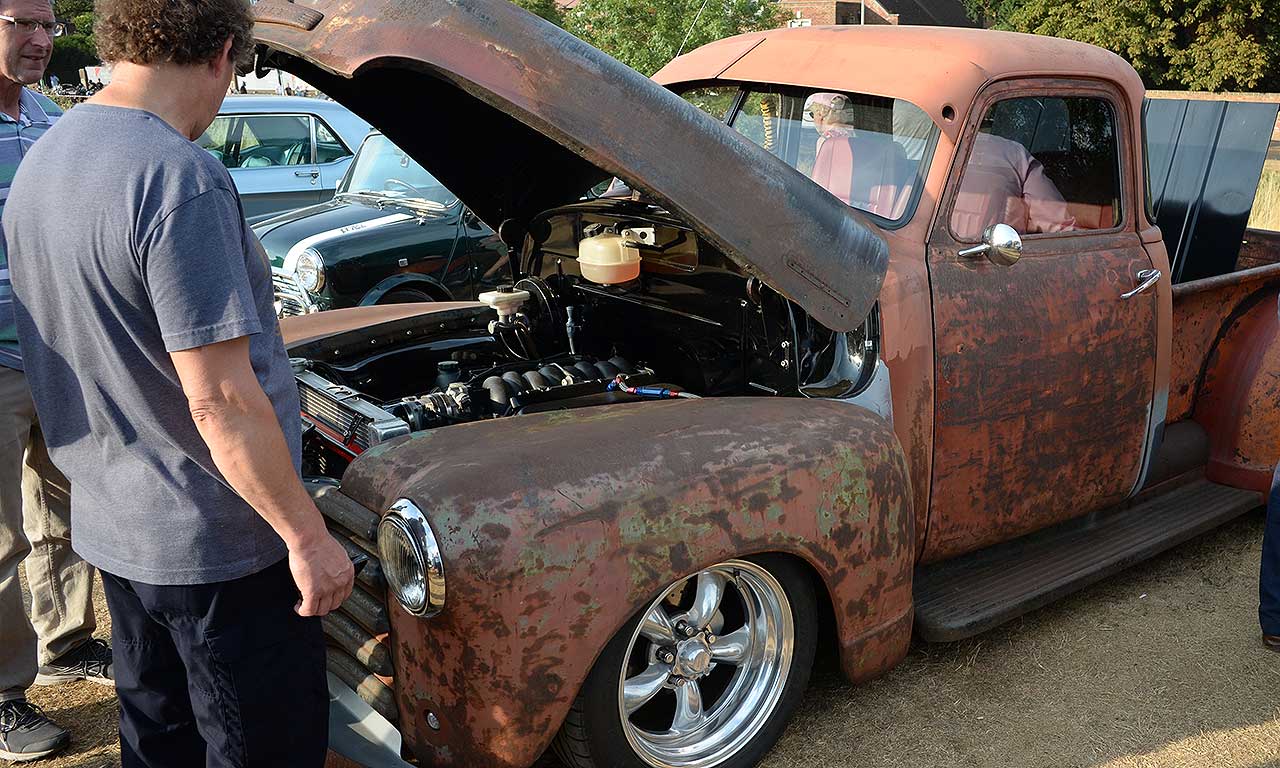 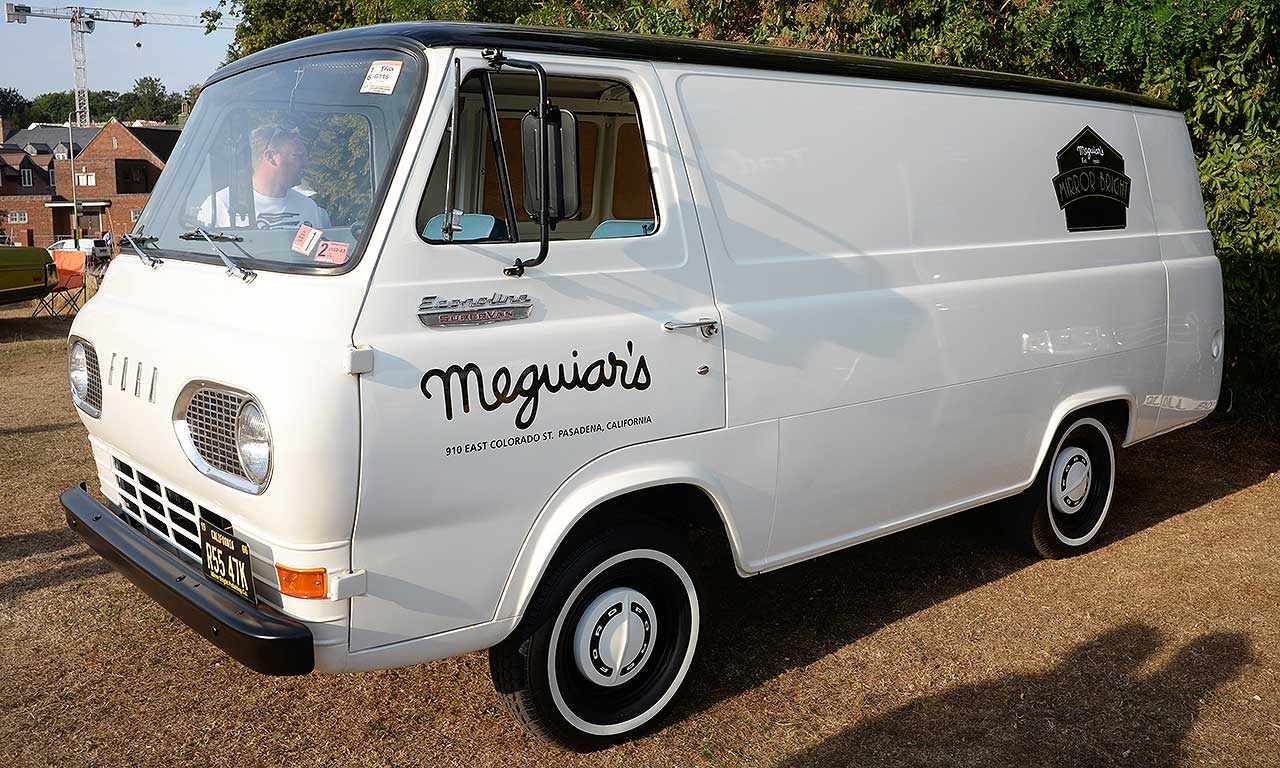 Brits had the Ford Transit, Americans had the Econoline Supervan. Even this perfect promo vehicle drew many admirers. 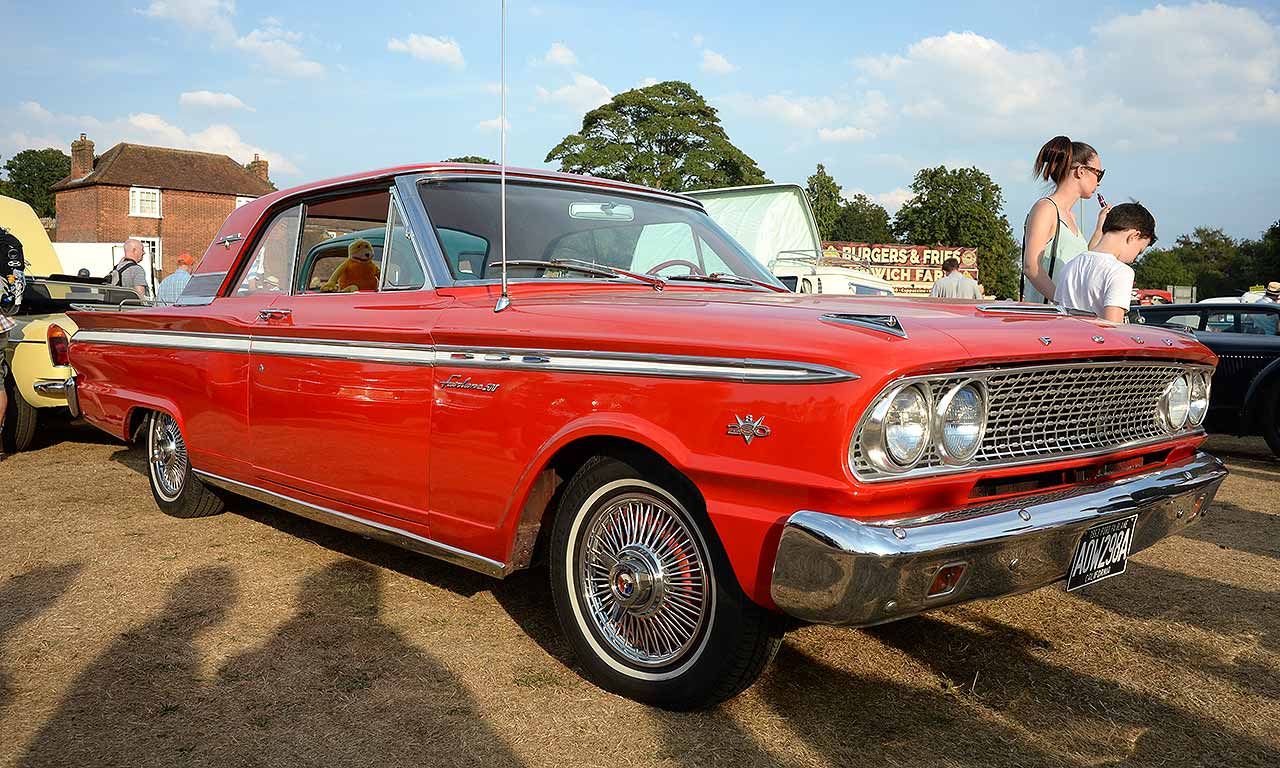 In immaculate condition, perfectly presented in red, this Fairlane 500 coop proved to be a real draw at Classics on the Common. 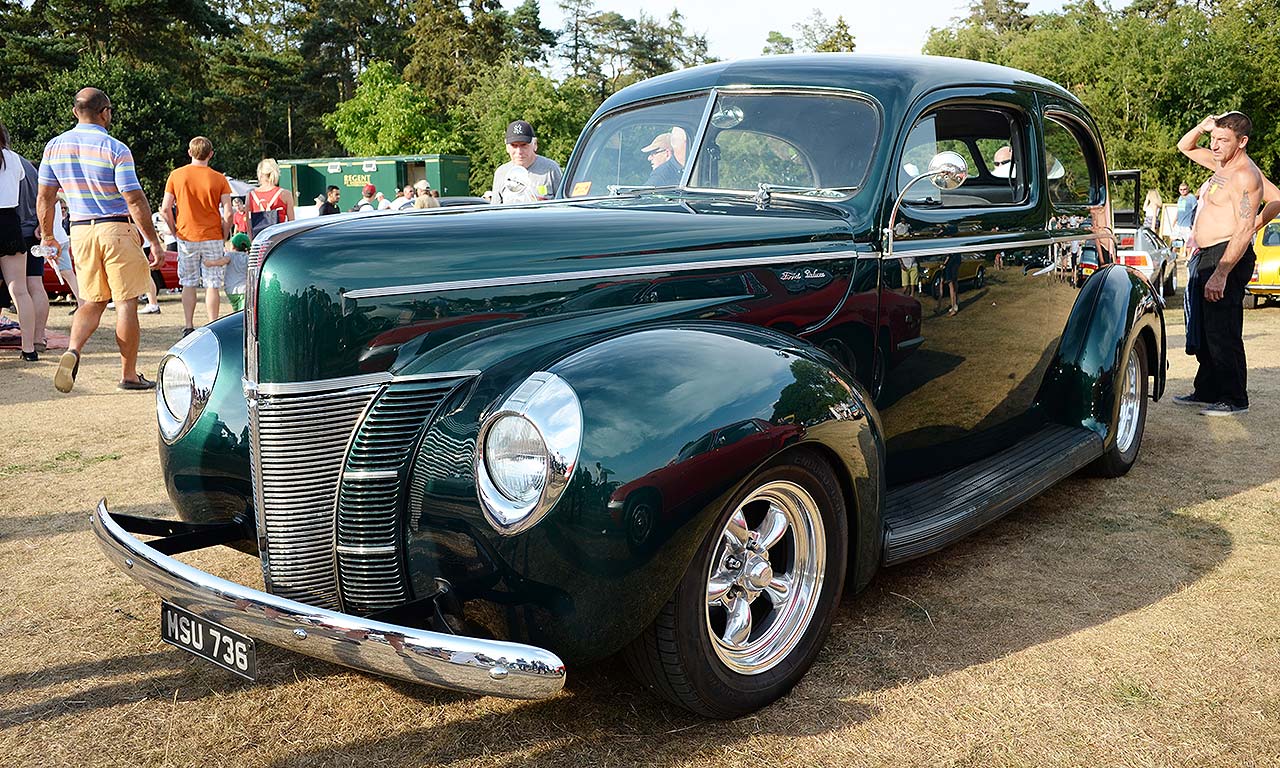 We had to stand 10 minutes to get the shot of this 1940 Deluxe. That’s how dedicated the owner was to polishing it to perfection. His efforts in the sweltering heat were worth it. 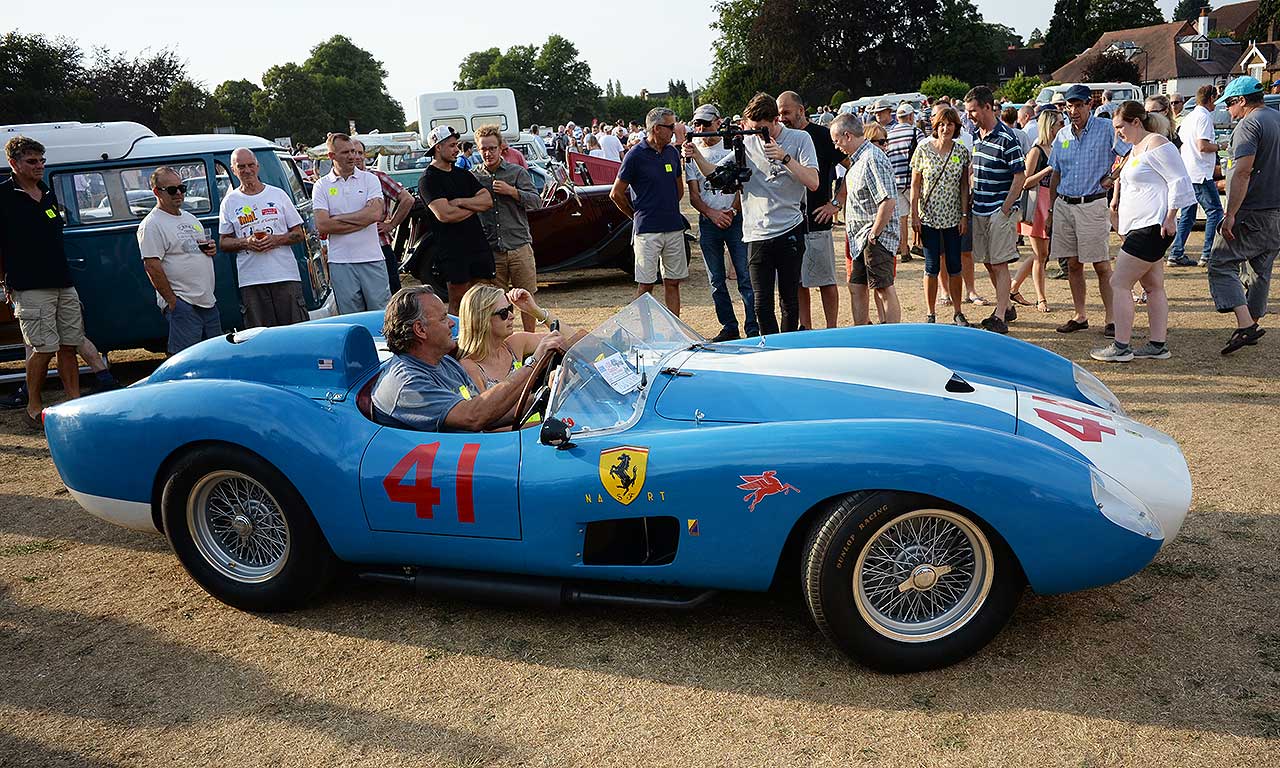 More American cars at Britain’s Classics on the Common

The battle of the Nürburgring lap times turns to SUVs, with Britain's Land Rover firing the first salvo
Read more

A brief history of the vinyl roof, covered

Born in the 20s, alive in the 70s: a short history of the vinyl-covered roof – including some of the classic cars that sported them
Read more

You can now use Waze via your Ford’s infotainment system

What are the fastest American cars around the Nurburgring?