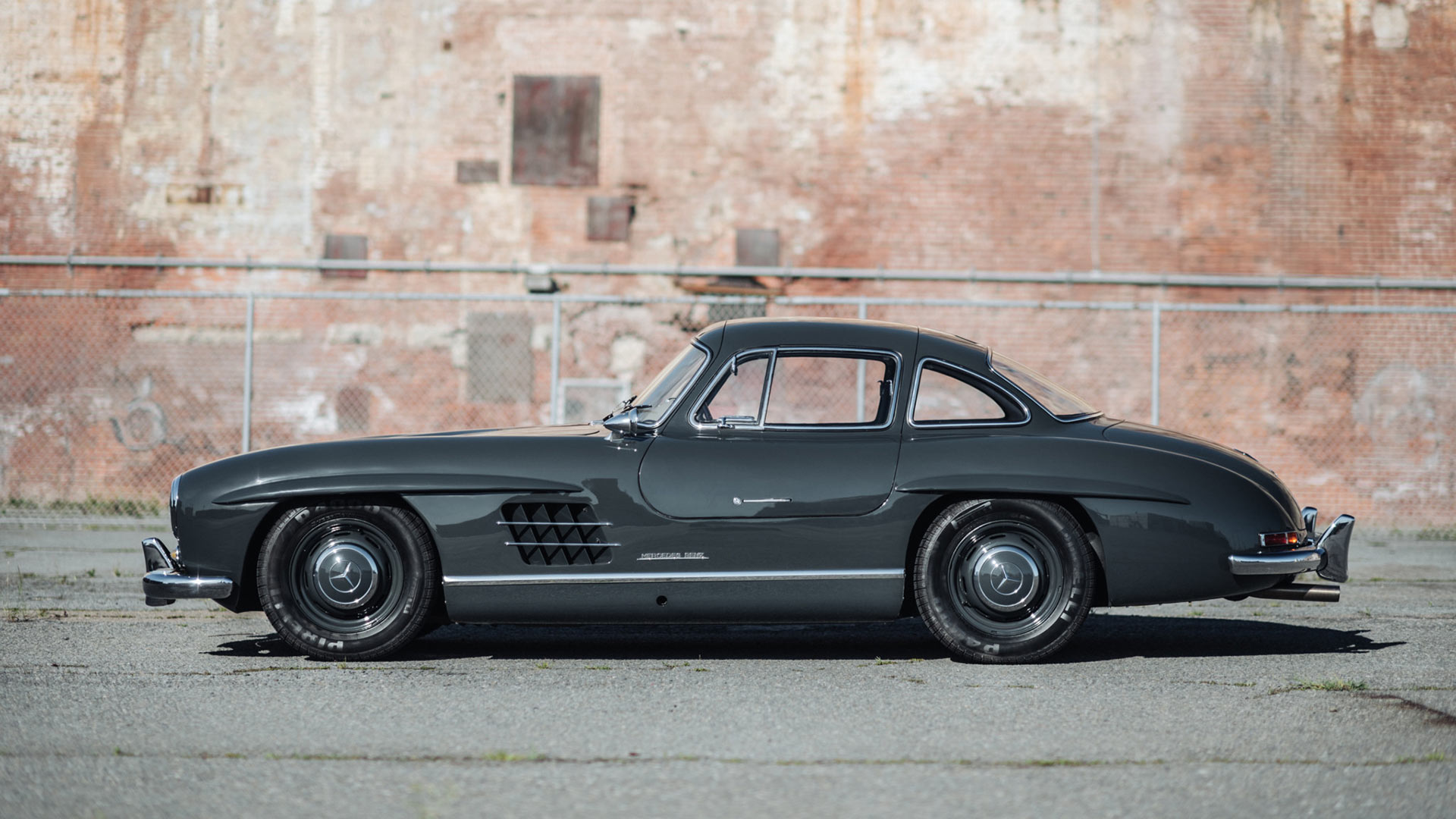 The collector car market has continued to grow during 2019, with auction website Bring a Trailer (BaT) fueling interest in a range of cars with enthusiast appeal.

This year also saw Bring a Trailer launch a new premium service, pitching it directly into competition with traditional auction houses. It means pricey classics and exotic supercars have taken their place alongside BaT regulars of Mustangs, Alfa Romeo GTVs, and Datsuns. 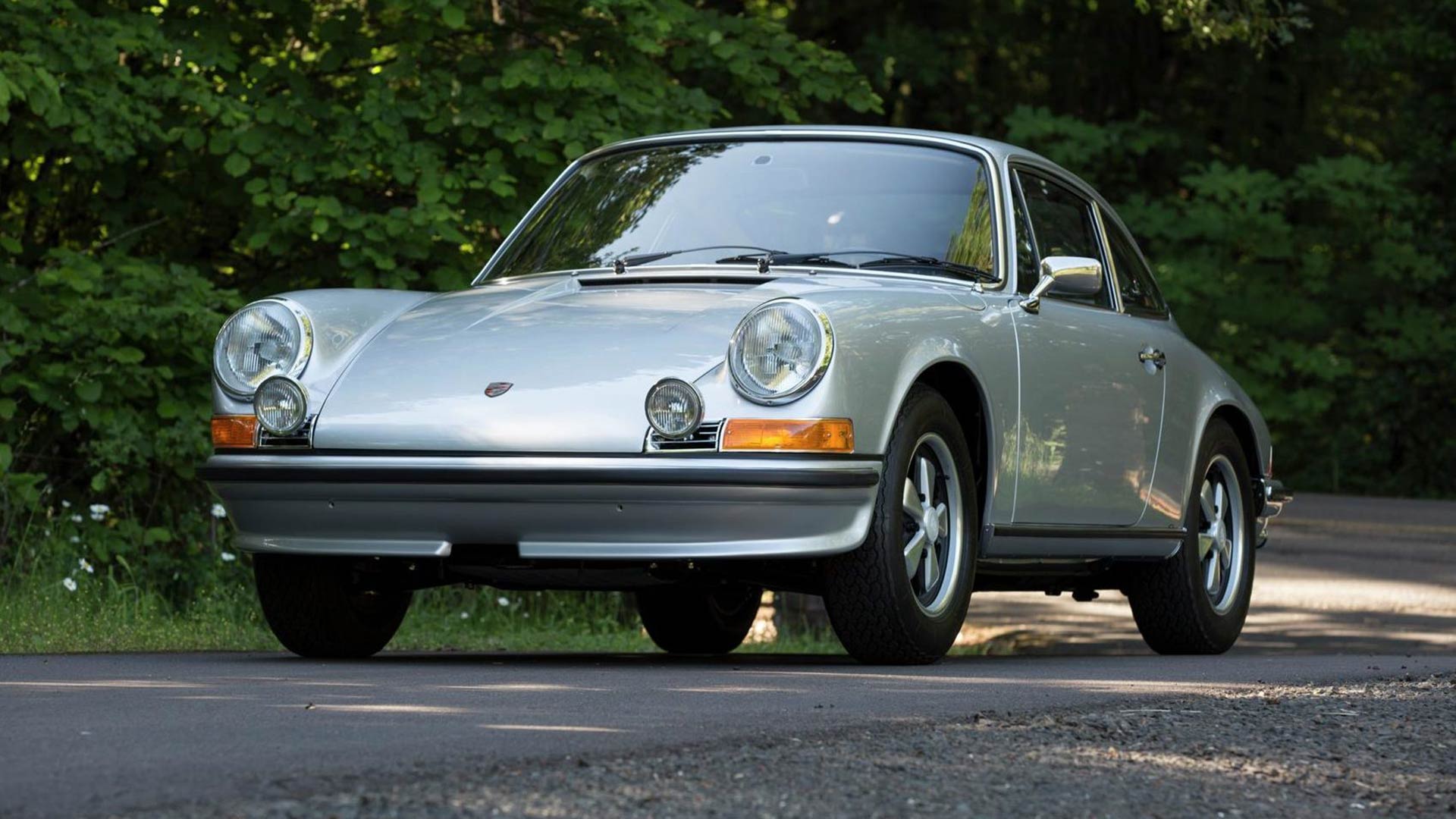 Porsches are a constant factor in Bring a Trailer auctions, but this 1972 example is rather special. Whilst it may be the lowest-priced car on this list, the original owner has certainly traveled more than most.

Apollo astronaut Walter Cunningham bought this car new in 1971, shortly before he retired from NASA. Restoration and upgrade work was undertaken by the seller, who had acquired the car in 2006. This included adding a 2.7-liter RS-specification engine, along with refreshed bodywork.

The price may seem astronomical compared to Porsches of a similar vintage, but the ownership story is hard to ignore. 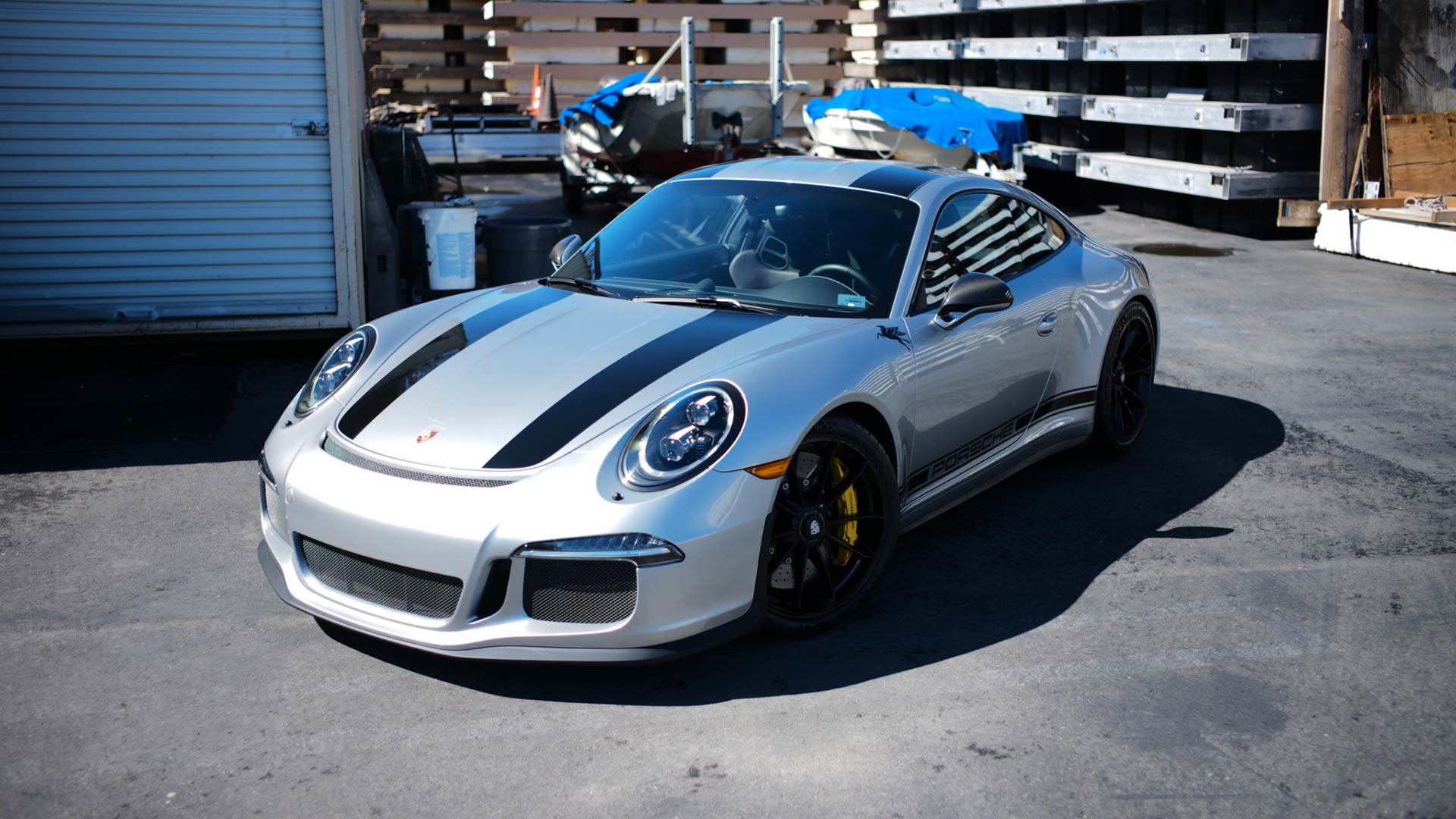 Intended as a celebratory limited-edition, the 2016 Porsche 911 R was limited to just 991 examples. Almost impossible to buy when new, the combination of 911 GT3 performance with subtle styling made it an instant ‘must have’ for serious Porsche collectors.

Owned by the seller from new, this 911 R had covered only 1,000 miles before going up for auction. Resisting the temptation to use the 500 horsepower performance shows incredible restraint. However, it helped net them a profit of almost $67,000 when selling this Porsche. We can only hope that the new owner is now using the 911 R as Stuttgart intended. 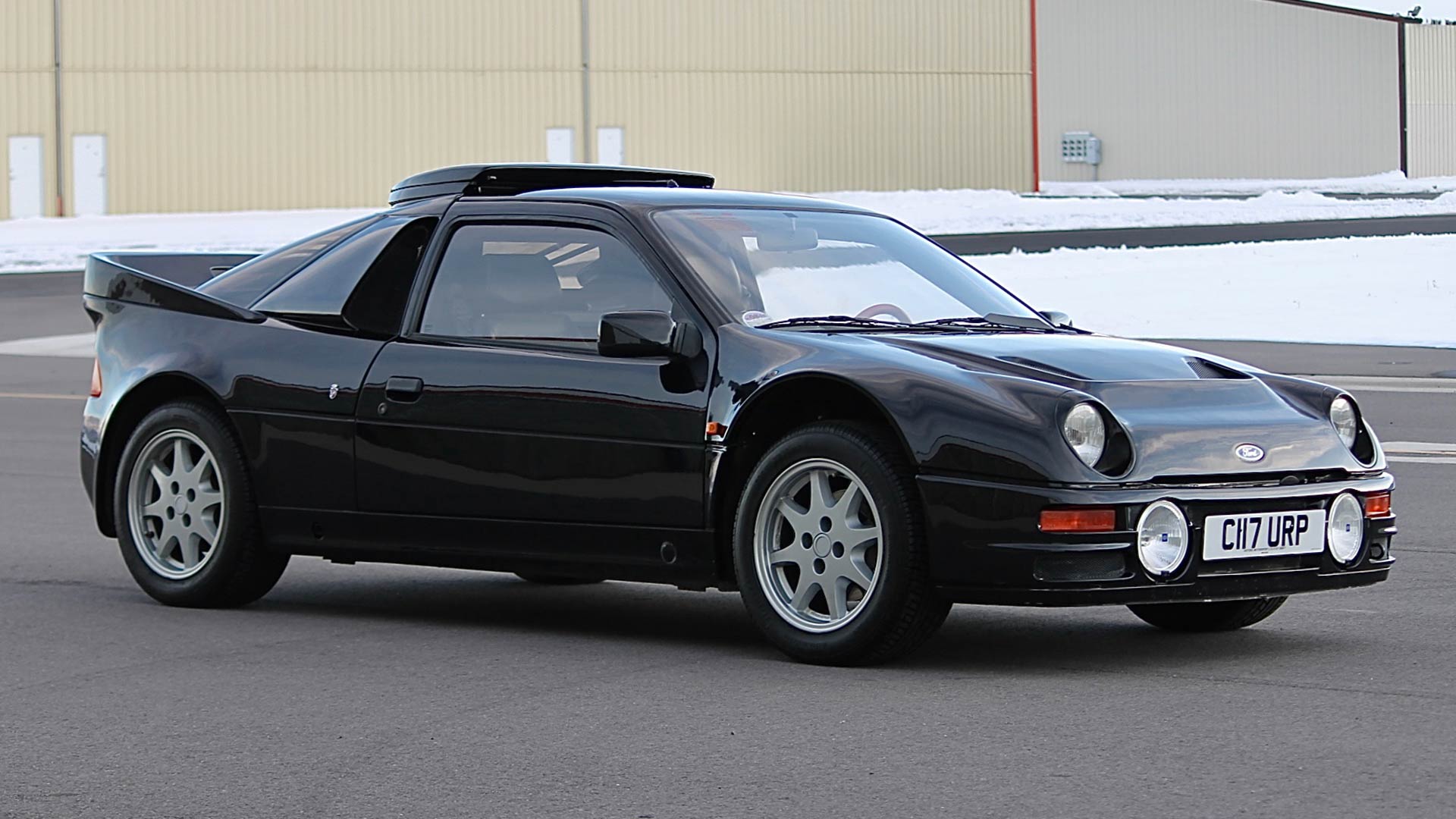 Sold by BaT on the same day as the previous 911 R, this 1986 RS200 was built to homologate Ford’s Group B rallying programme. With a 350 horsepower turbocharged engine mounted in the middle, and a four-wheel drive setup, the RS200 offered incredible performance.

Believed to be one of only two finished with black paintwork, the RS200 first came to the United States in the 1990s. It returned to the U.K. shortly afterwards, but was imported again in 2006. Despite being a globetrotter, this RS200 had covered 1,130 miles from new.

As an icon of rallying excesses from the 1980s, that it achieved such a big price should be no surprise. 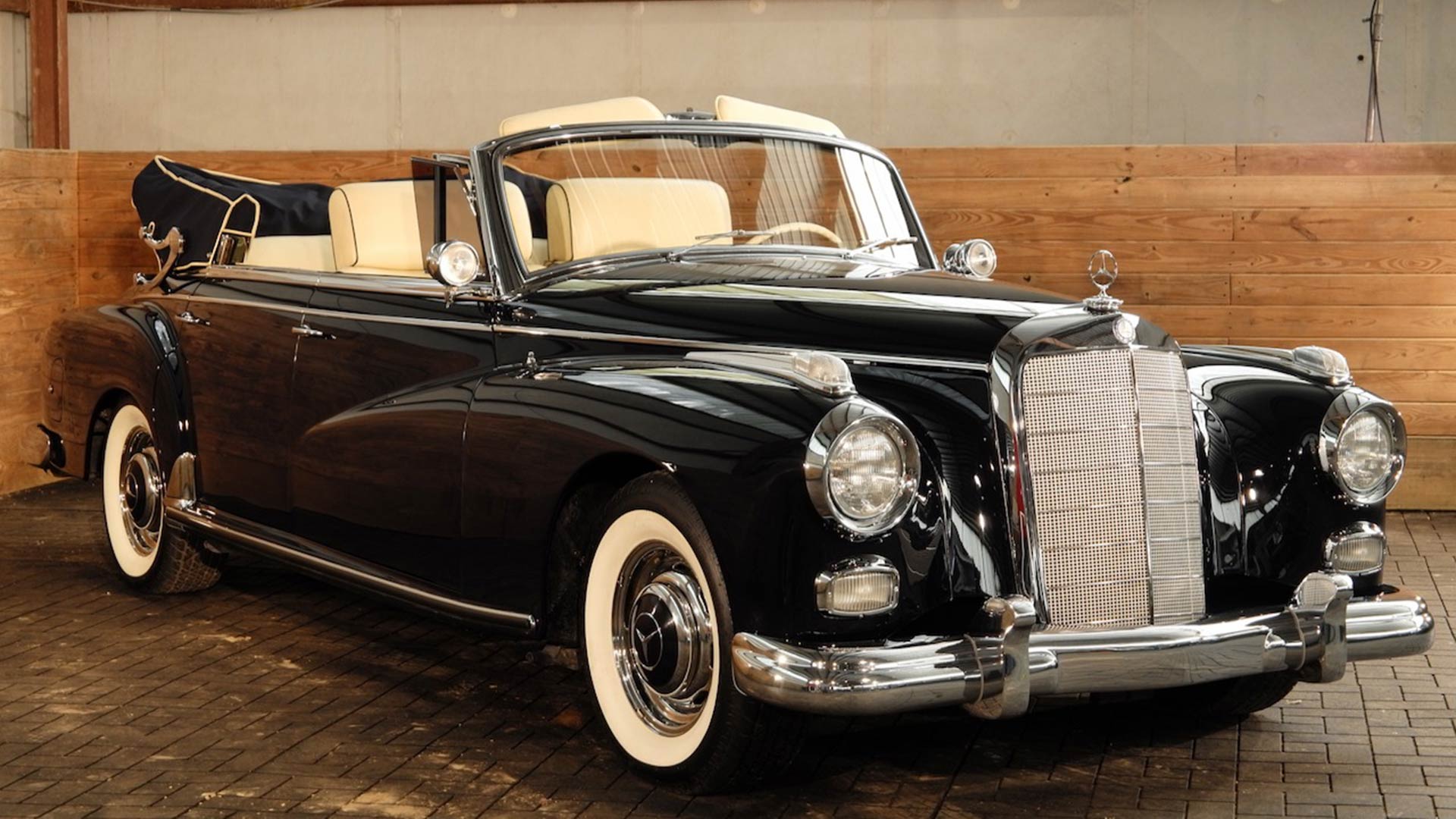 Being one of only 65 examples of the Cabriolet D version of the Mercedes-Benz 300d built, means collectibility is virtually guaranteed. Combining subtle modifications with class-winning refurbishment helped push the sale price even higher for this classic Mercedes.

A supercharger had been added to the original 3.0-liter straight-six engine, along with a push-button General Motors automatic transmission. Air conditioning was installed, plus neat touches like a hidden entertainment system. The winning bidder was already the existing owner of a 300d, proving they certainly have a passion for these graceful convertibles. 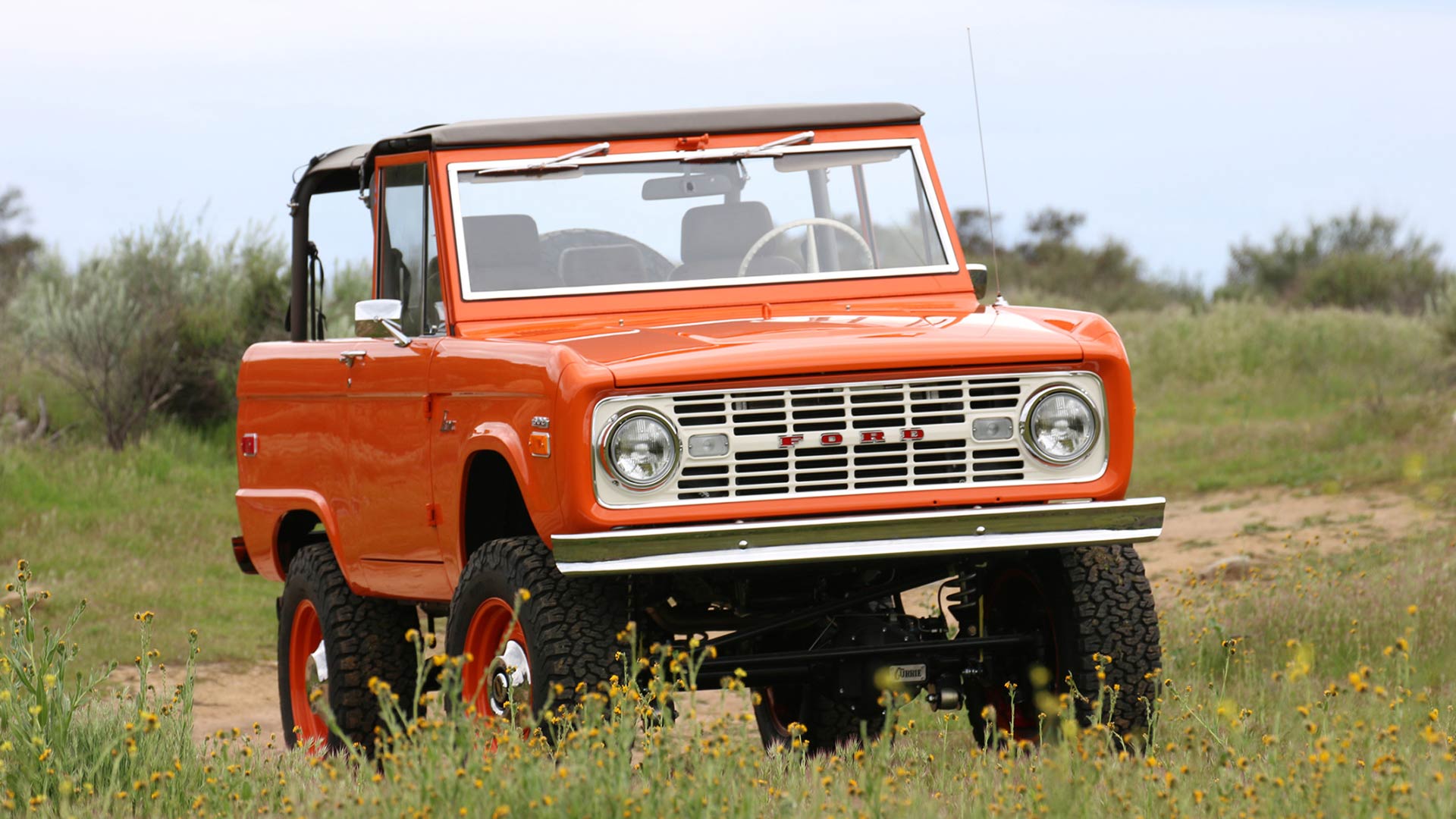 Bronco fever is running rampant in the collector car world, with buyers awaiting the release of Ford’s new version. Until then, restored and reimagined versions of the classic Bronco – like this from ICON – have proven popular. Mating a custom Art Morrison chassis with a 5.0-liter Coyote V-8, the Old School is intended to keep as much character of the original as possible. 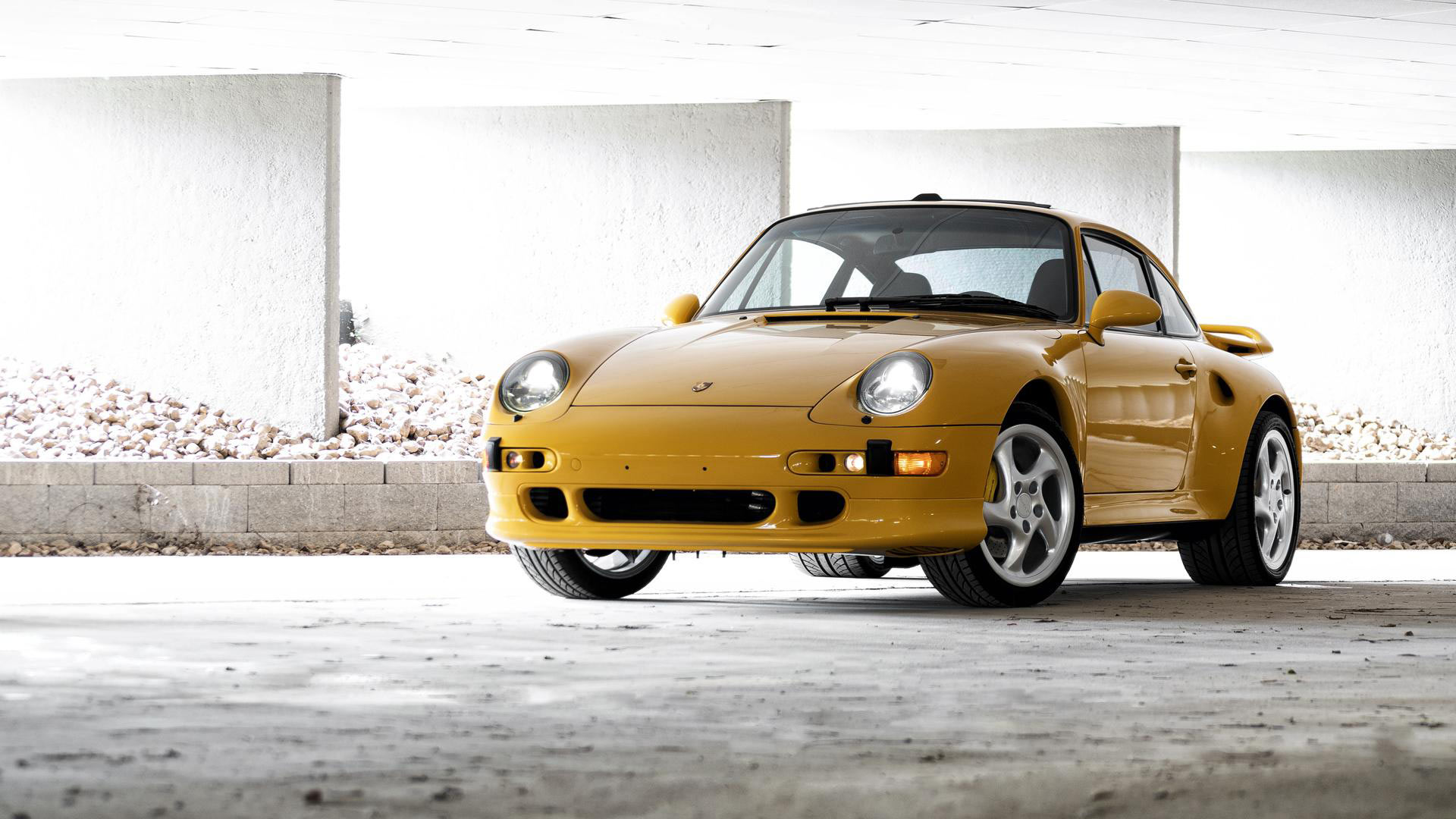 Created as a celebration of the end of air-cooled Porsche 911s, the Turbo S added extra power and equipment to the already impressive 993 Turbo. U.S. customers received 424 horsepower, sent to all four wheels via a six-speed manual transmission. Only 180 examples were made for the United States, boosting their desirability.

The original owner made this Turbo S well-specified, picking options for a Digital Sound Package, CD autochanger, and lumbar support for the leather sports seats. An initial sale price in 1997 of $155,760 meant this car almost doubled in value when it sold on Bring a Trailer. 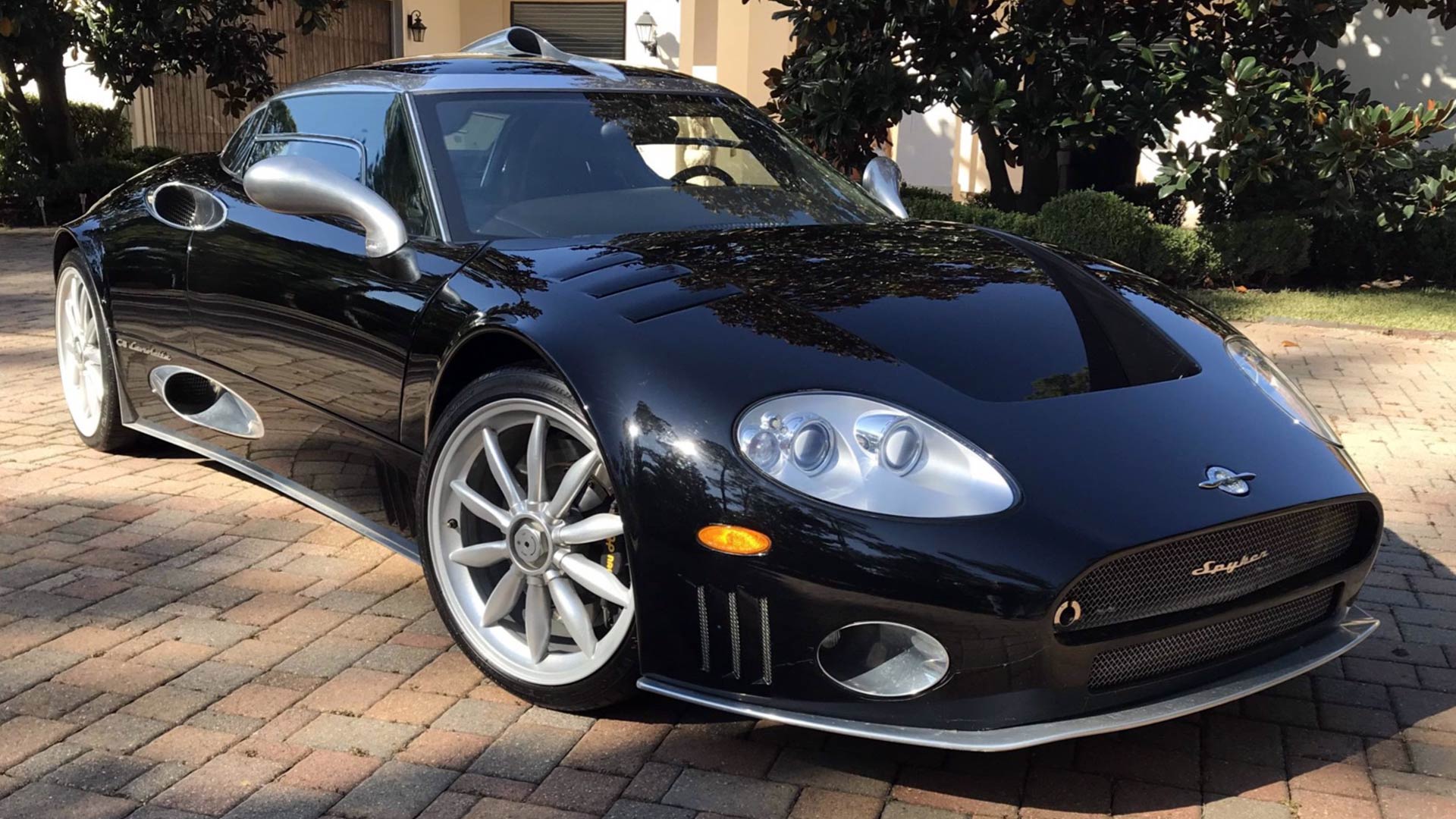 Based in the Netherlands, Spyker began producing specialist sports cars in 2000. Made in limited numbers, and with a 395 horsepower 4.2-liter V-8 engine from an Audi, the C8 has the power to match the exotic looks. The company built only 26 examples in 2007, and this car represented one of the first to be exported to the United States.

The seller on Bring a Trailer was the original owner of the C8 Laviolette, having purchased it for more than $213,000. A profit of over $100,000 will undoubtedly help ease the blow of selling such a unique mid-engined sports car. 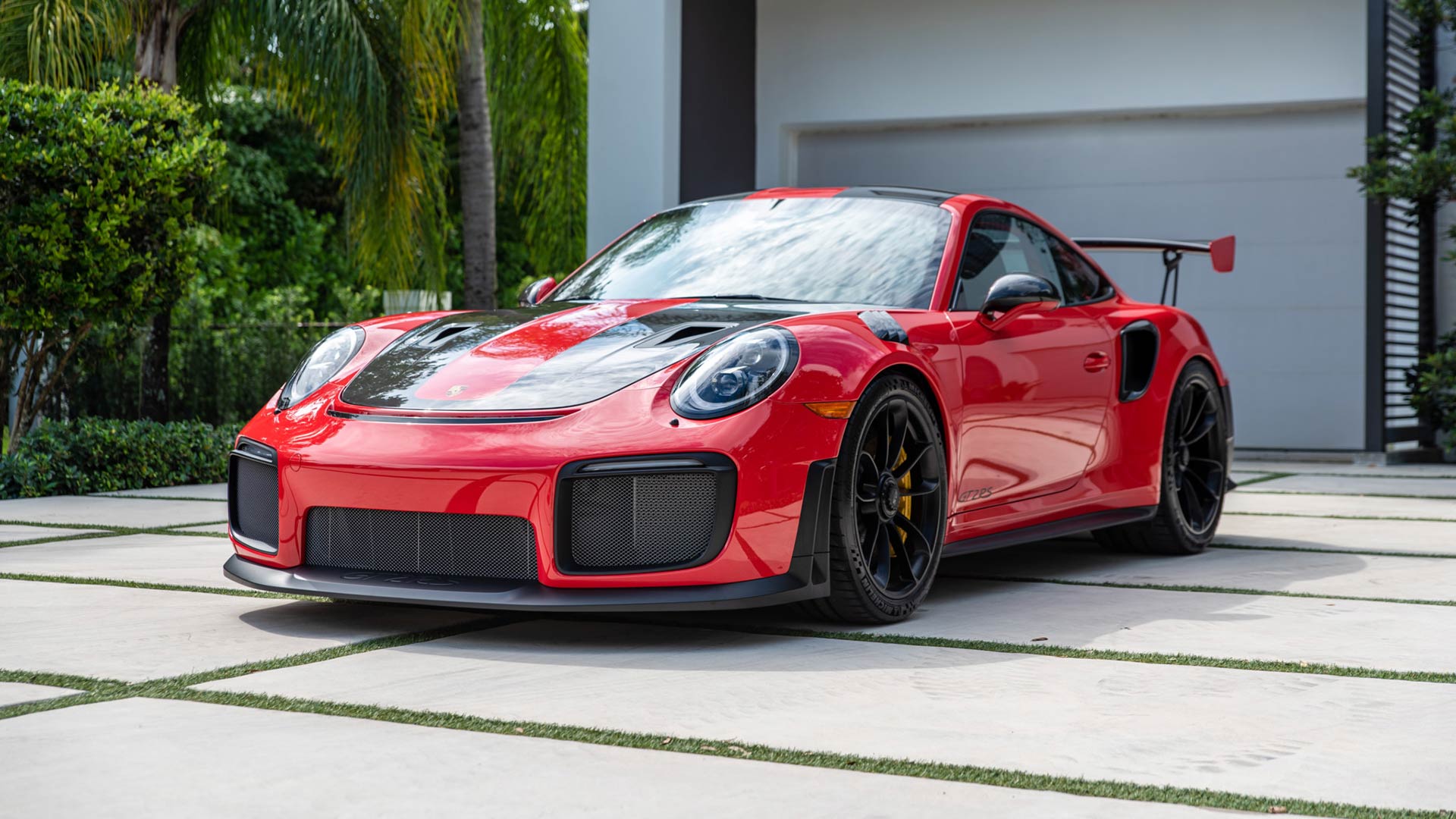 A number of Porsche 911 GT2 RS models have appeared on Bring a Trailer during 2019, but this example was the one which sold for the highest amount. Billed as the most powerful road-going Porsche 911 ever made, an output of 691 horsepower pushes it into serious supercar territory, with a top speed of over 210 mph.

A number of options were added to this car from the factory, including the $18,000 Weissach Package. This added a carbon fiber roof, plus wheels made from magnesium. The buyer covered less than 500 miles before selling the GT2 RS, collecting a $5,000 premium on the purchase price. 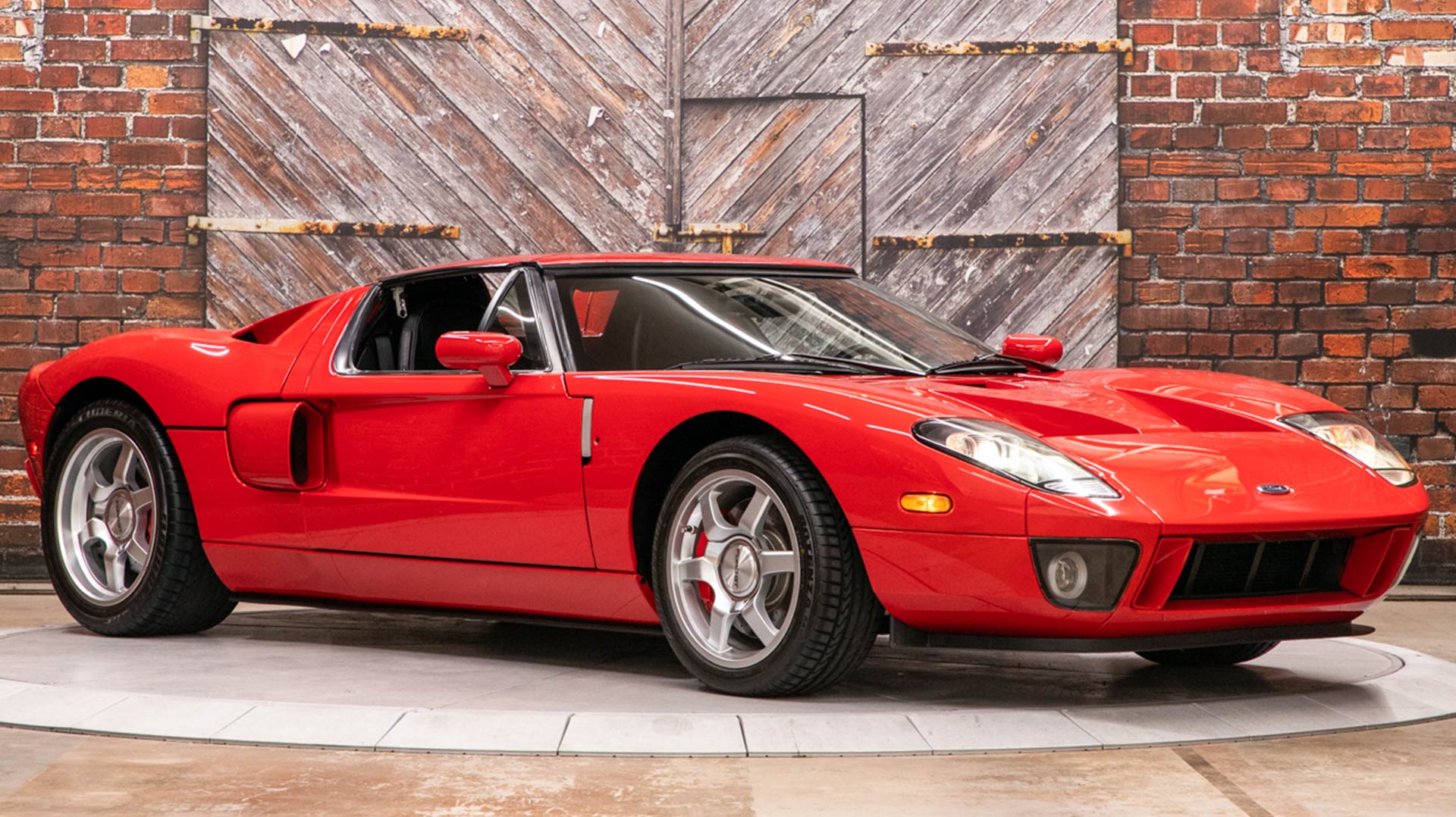 First displayed at the 2005 SEMA Show, the open-top GTX1 version of the first-generation Ford GT generated plenty of interest from showgoers. Ford was unable to offer the GTX1 as a finished production model, but Genaddi Design Group was commissioned to build a small number of examples.

The changes to the bodywork included removable carbon fiber roof panels, along with the raised fairings behind the cockpit. This particular car also benefited from a Ford Performance package for the 5.4-liter supercharged V-8 engine. 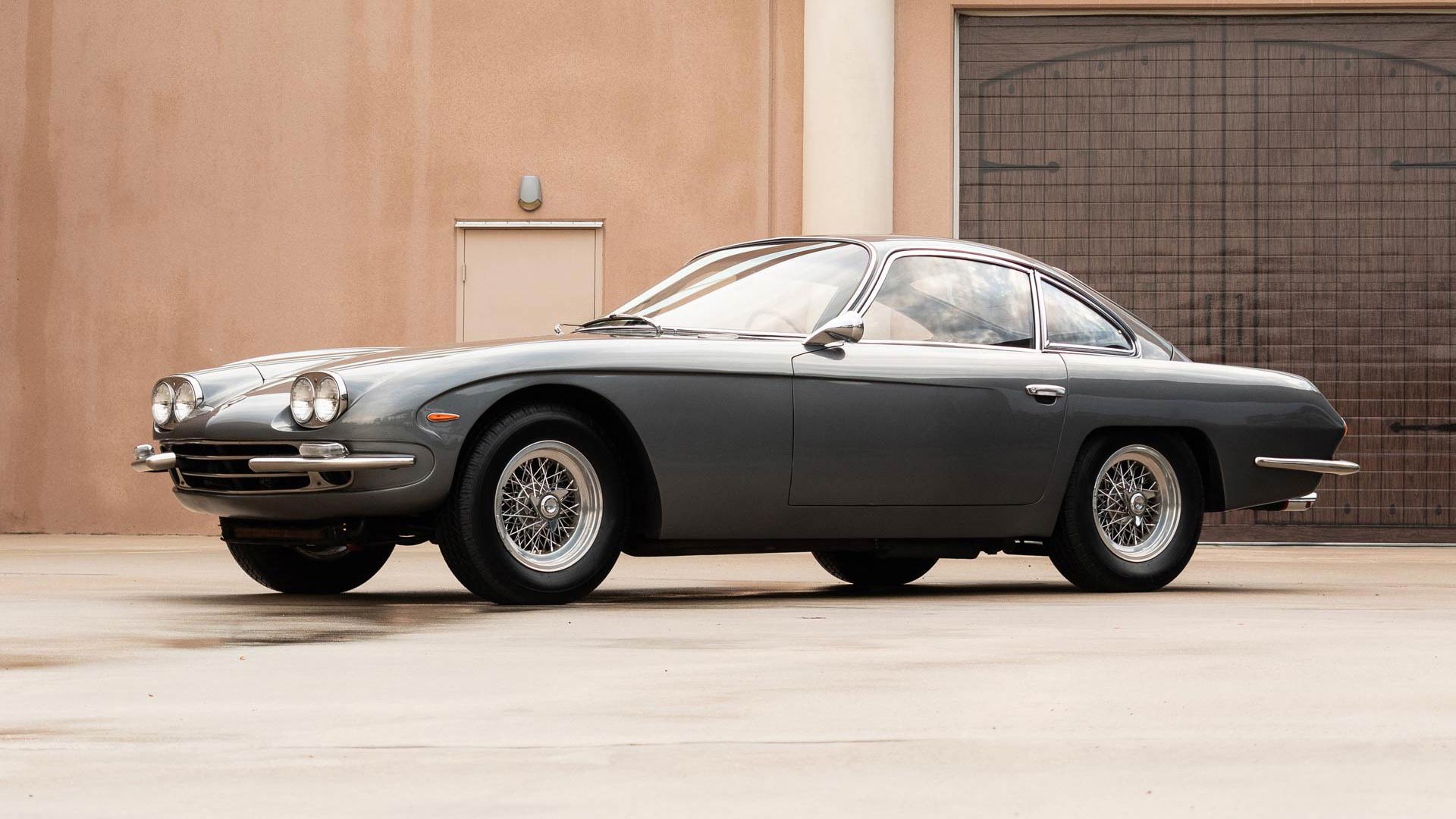 Introduced at the 1966 Geneva Auto Show, the 400 GT 2+2 was one of the earliest cars sold by Lamborghini. An evolution of the original 350 GT, changes included a new extended roof line, allowing for extra seating in the rear. The V-12 engine was also enlarged in size to a 4.0-liter unit making a considerable 320 horsepower.

A total of 247 examples were produced between 1966 and 1968, with this being one of the last built. Having covered more than 73,000 miles from new, this Lambo has certainly been driven. Largely unrestored, the car had previously been part of the Rombauer Vineyard Collection and kept in Saint Helena, California. 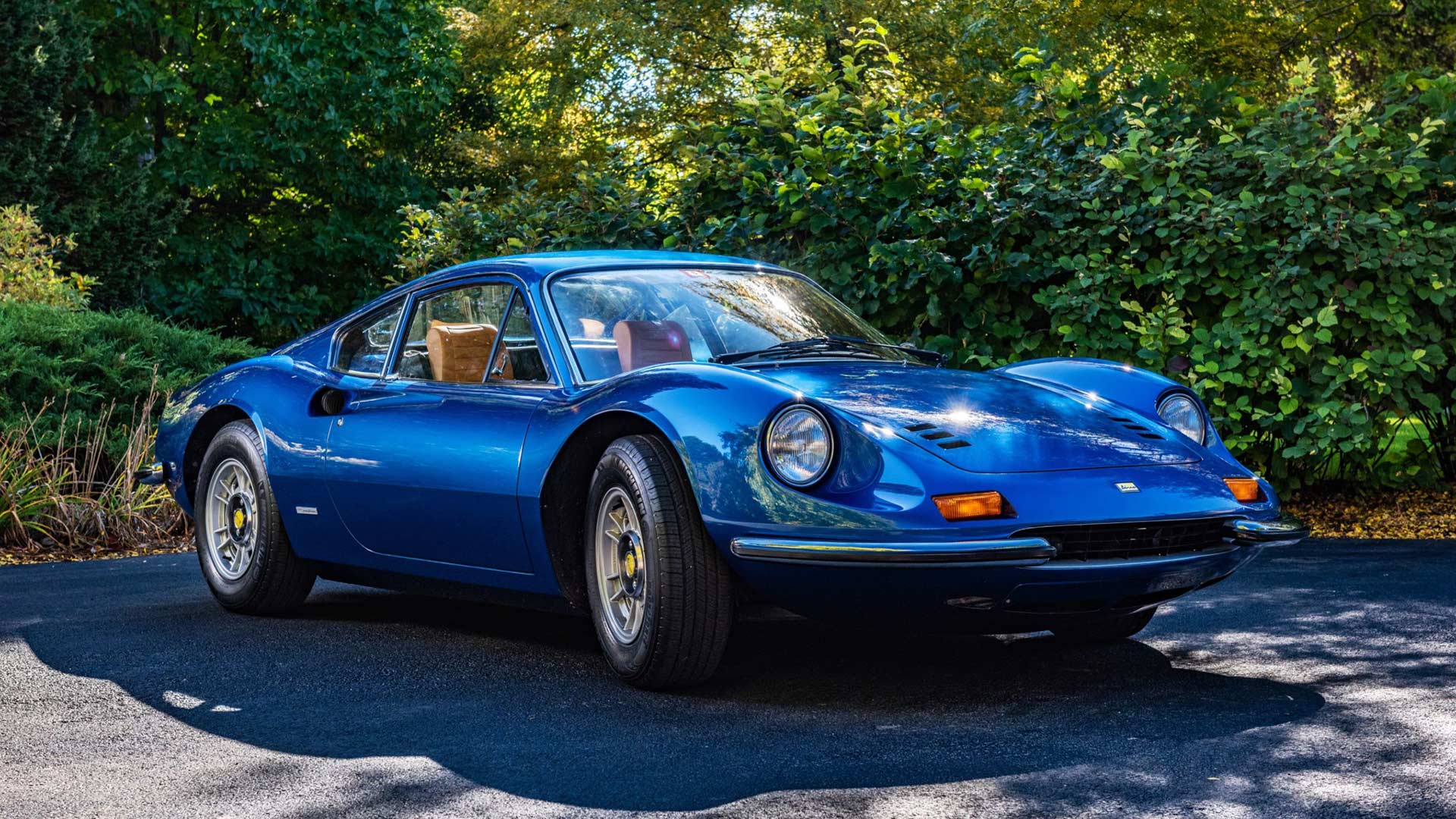 Despite being rare collectibles, the Ferrari Dino 246 has proven a popular model on Bring a Trailer. This car was one of the first to be offered through the new Premium selling service, boasting a number of high-quality photos to help wavering users make those bids.

Proving that Ferraris do not always need to be red, the deep Blu Dino Metallizzato paintwork was restored during the 1990s. The interior also benefited from new beige Connolly leather upholstery, with maintenance work performed on the 2.4-liter V-6 engine. Unsurprisingly, this all helped push this car to the most expensive Dino 246 sold on Bring a Trailer in 2019. 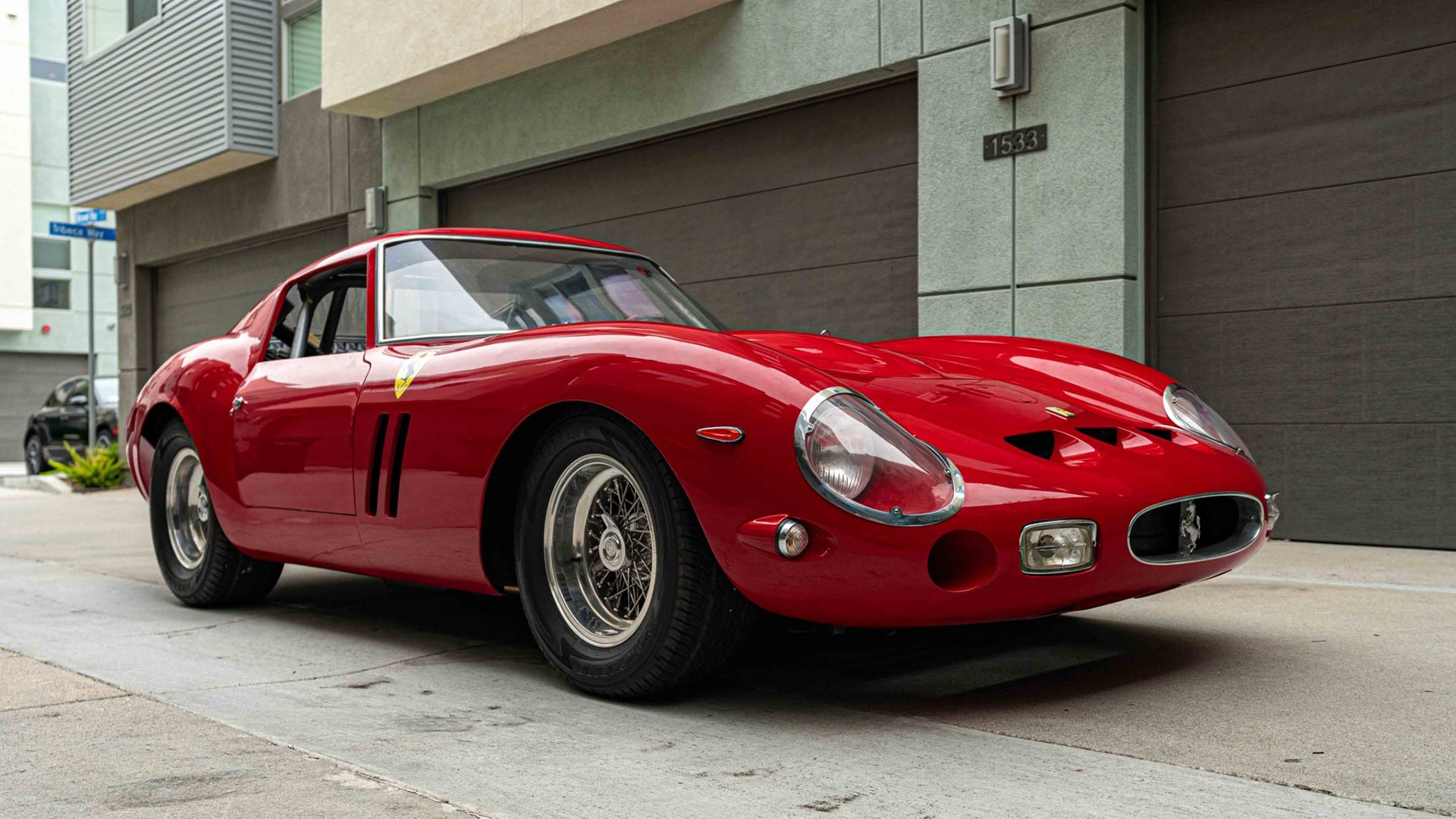 Calling this 330 GTO a replica may seem unkind to the workmanship, given that it was produced in the late 1980s using the same construction methods as the original from the 1960s. Created on a Ferrari 330 GT chassis, an original 4.0-liter Columbo V-12 engine was installed beneath the long hood.

Only three original 330 GTO models were made by Ferrari for racing, before being sold to private customers. This rarity means prices are accordingly huge, with values in excess of $50 million. So whilst recreations like this may be controversial with Ferrari purists, for enthusiasts they offer a slightly more affordable route to ownership. 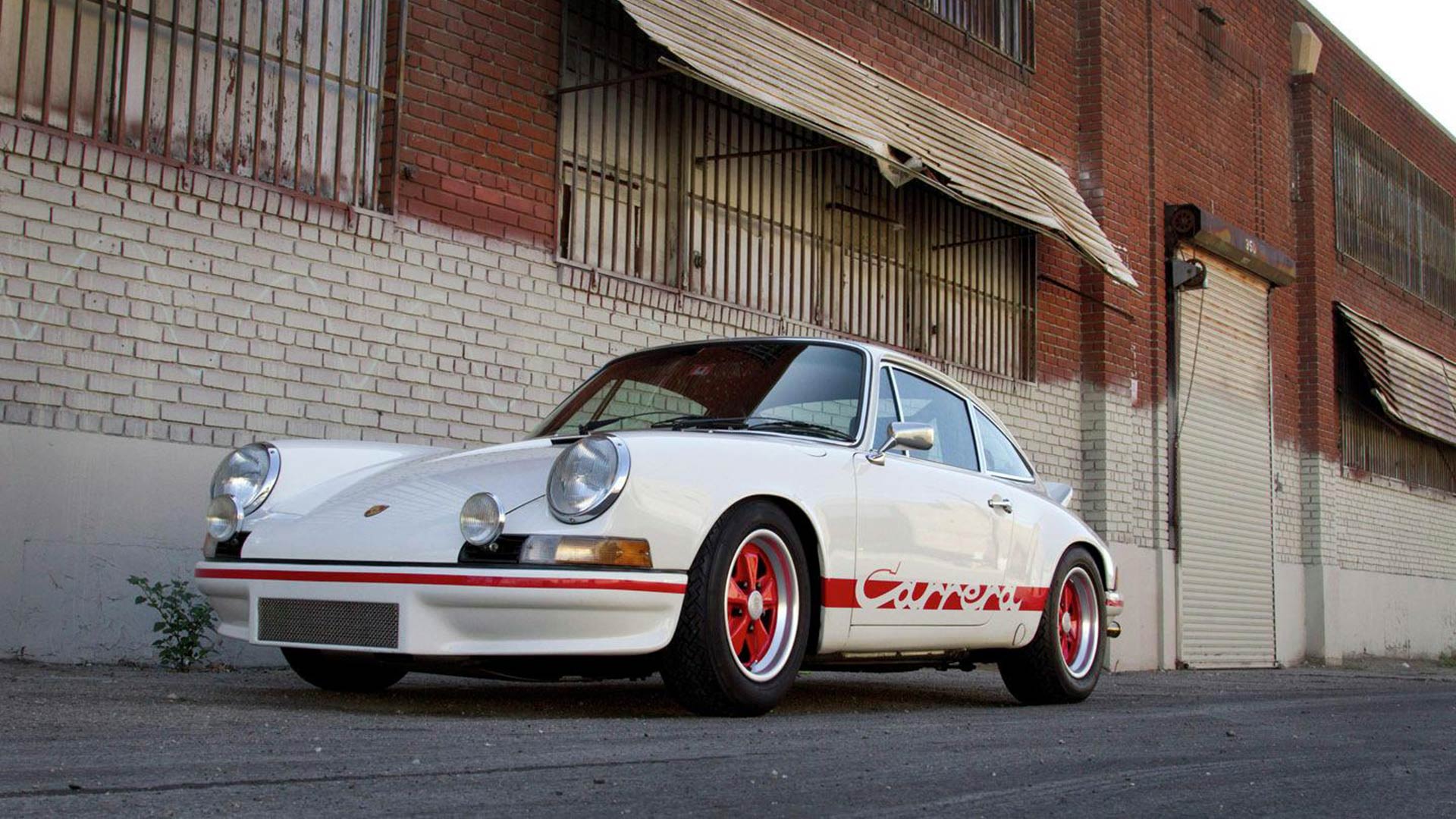 This is the first of two classic 911 Carrera RS models featured on the list, but we’ve included it for the extra enhancements it has. The original owner was a friend of famed Porsche tuner Alois Ruf, and commissioned his eponymous company to undertake substantial modifications to the Carrera RS in the 1980s…

A larger 2.8-liter engine was fitted, along with lightweight RSR-style bumpers, and revised suspension geometry. The car had been featured in a magazine article, and the seller had met Alois Ruf with the car at a California car meet in 2006. This provenance helped push the value of an already desirable classic Porsche even higher. 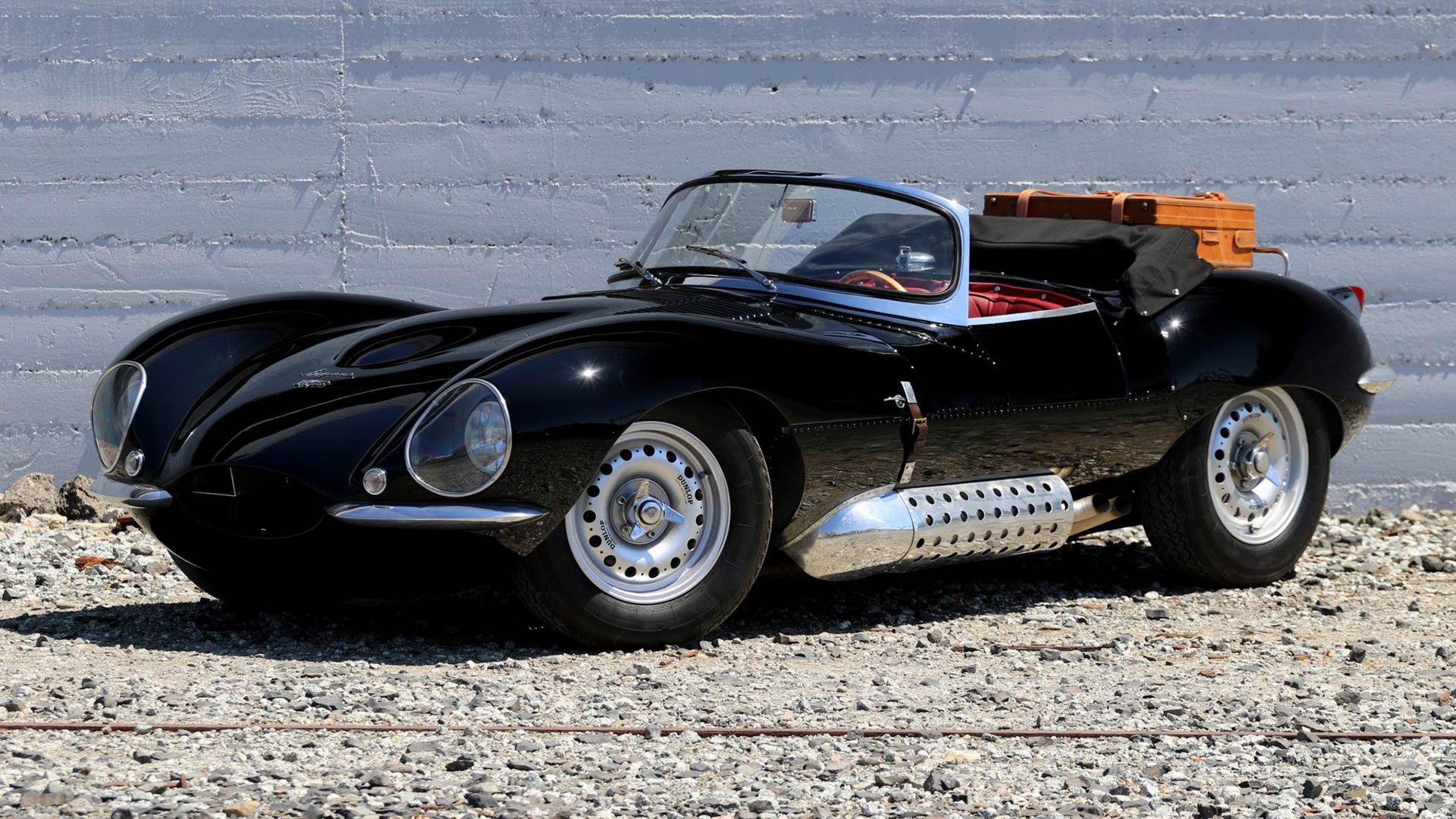 As with many classic racing cars, small numbers and astronomical prices mean they are tough to buy for all but the wealthiest of collectors. Whilst a replica selling for $480,000 may stretch the idea of affordable, original XKSS examples have sold for several million dollars.

This replica was built by Lynx, using a handmade aluminium chassis wearing aluminum panels. A Jaguar XKE provided the 4.2-liter six-cylinder engine, whilst the interior was finished with acres of deep red leather upholstery. Whilst not an original XKSS, attention to detail and a fully documented build process helped secure the sale. 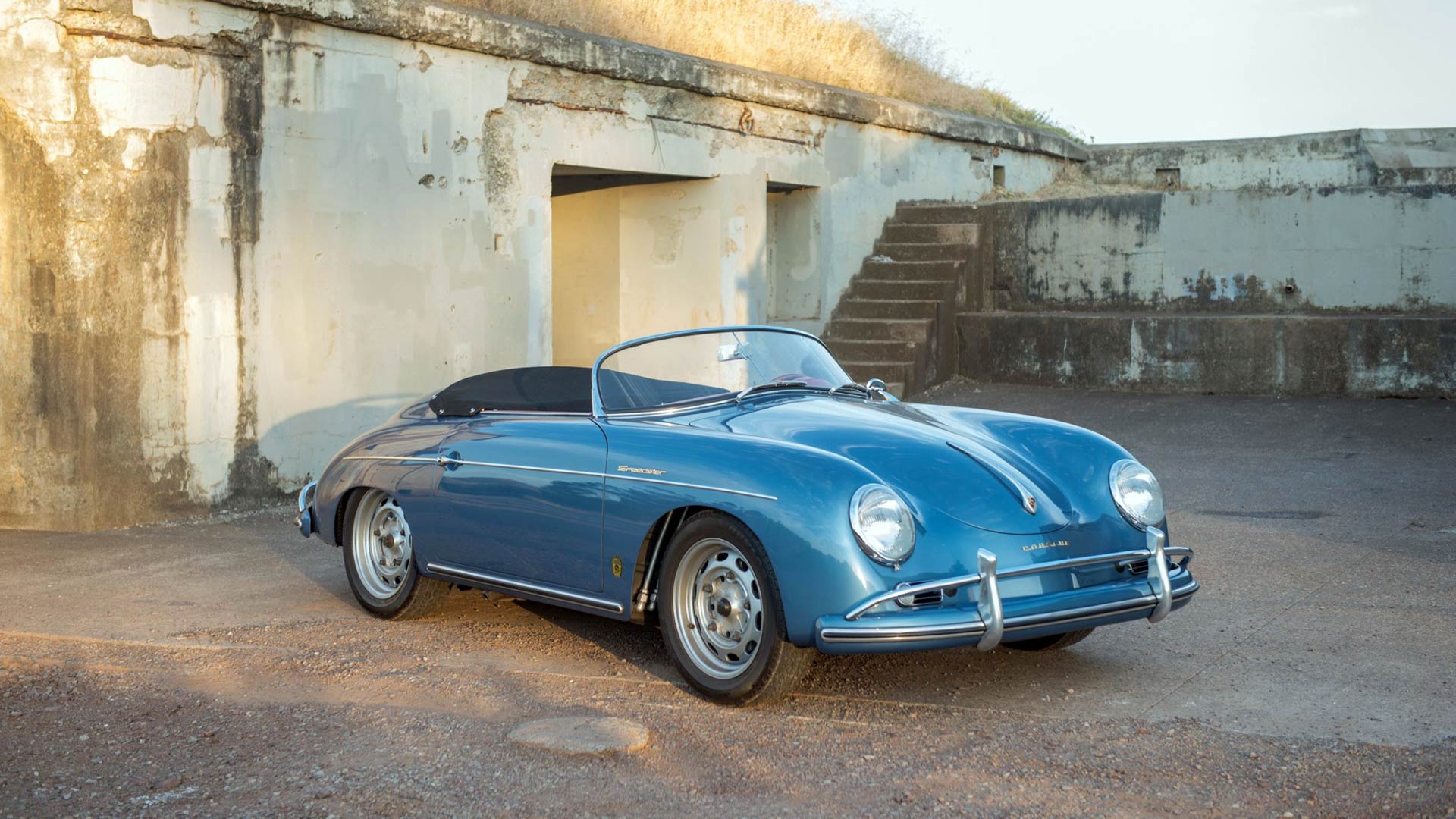 Owned and sold by Bring a Trailer, it would be impossible not to include this modified Porsche 356 Speedster in the top 20. Even more so when it was restored and modified by Rod Emory, who has built an impressive reputation for customization with his Emory Motorsports company.

The biggest change was the addition of a 185 horsepower Polo flat-four engine, transforming the performance of this classic. Emory staples such as upgraded rear suspension and disc brakes were also fitted, plus larger 16-inch alloy wheels. 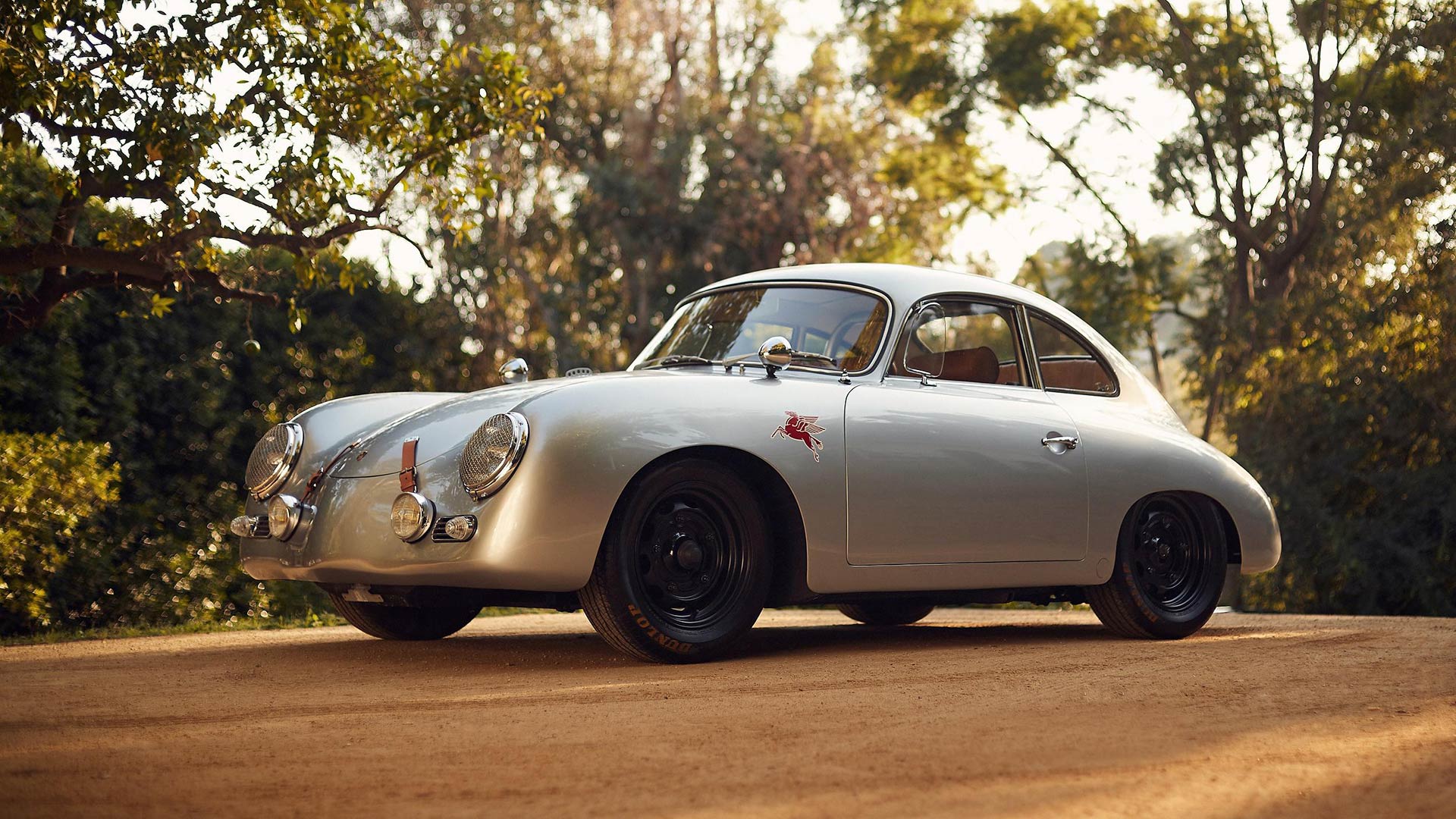 Too pretty to ignore, the seller requested that Emory Motorsports build a car “as though Juan Carlos I of Spain had special ordered a vehicle from Ferry Porsche to rally around the countryside”. The result was a Porsche 356A custom coupe, powered by a 2.4-liter flat-four engine producing 205 horsepower.

Originally completed in 2012, this Outlaw 356 made an appearance on Jay Leno’s Garage as part of an episode profiling the work of Rod Emory. Extensive social media exposure, plus a feature by Forbes, made this a high-profile car with a sale price to match. 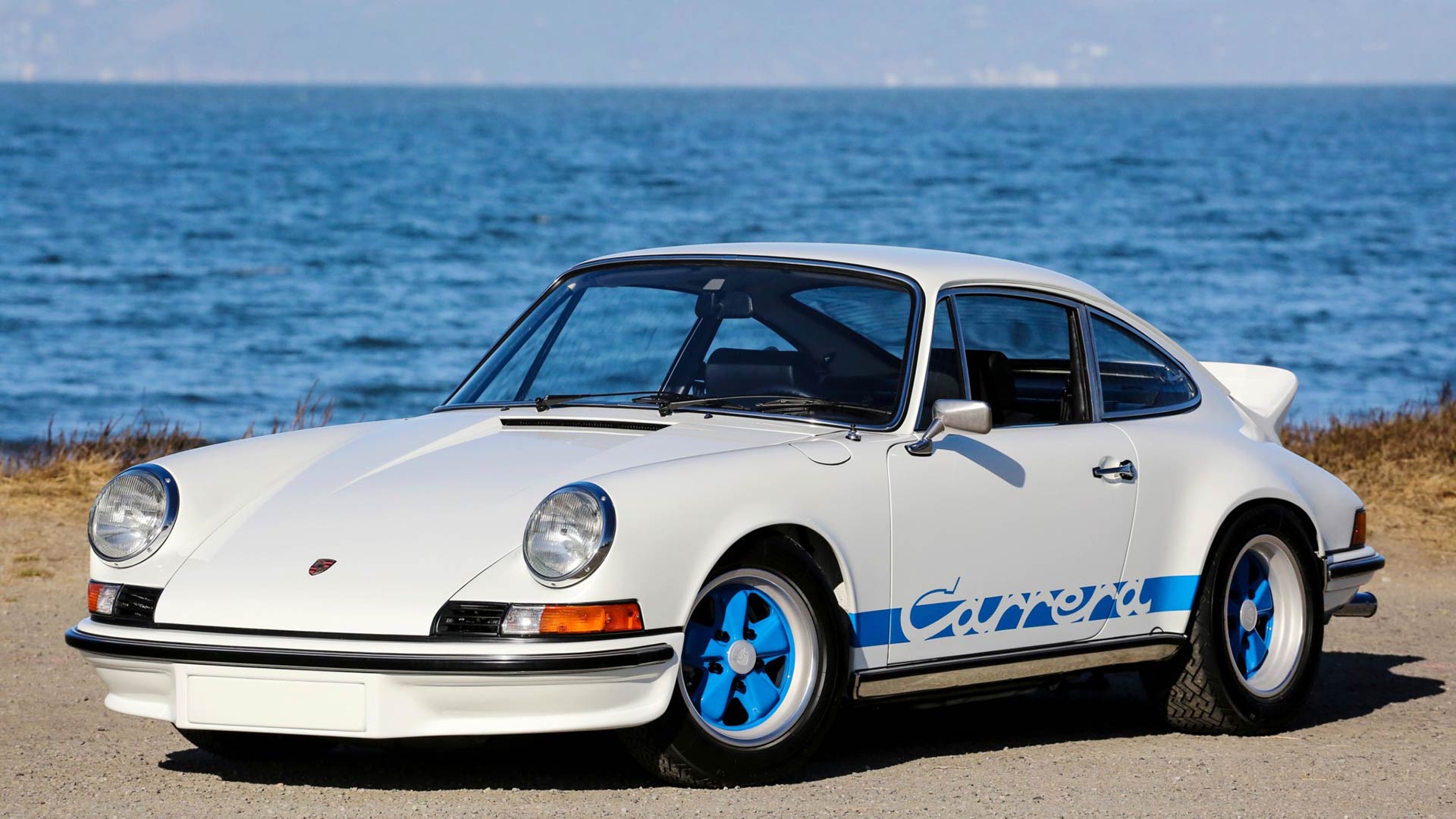 This 1973 911 Carrera RS is seemingly so good it sold twice on Bring a Trailer in 2019. The initial higher sale of $600,000 was in July 2019, commanding an impressive price for any vehicle on BaT. However, the new owner decided they did not like driving a classic Porsche, and subsequently relisted it for sale in October 2019.

Being such a collectible example meant the owner had no problem in finding a new buyer for the 2.7-liter-powered Porsche. A loss of $40,000 is a hefty price to pay for realizing something is not to your taste, though. 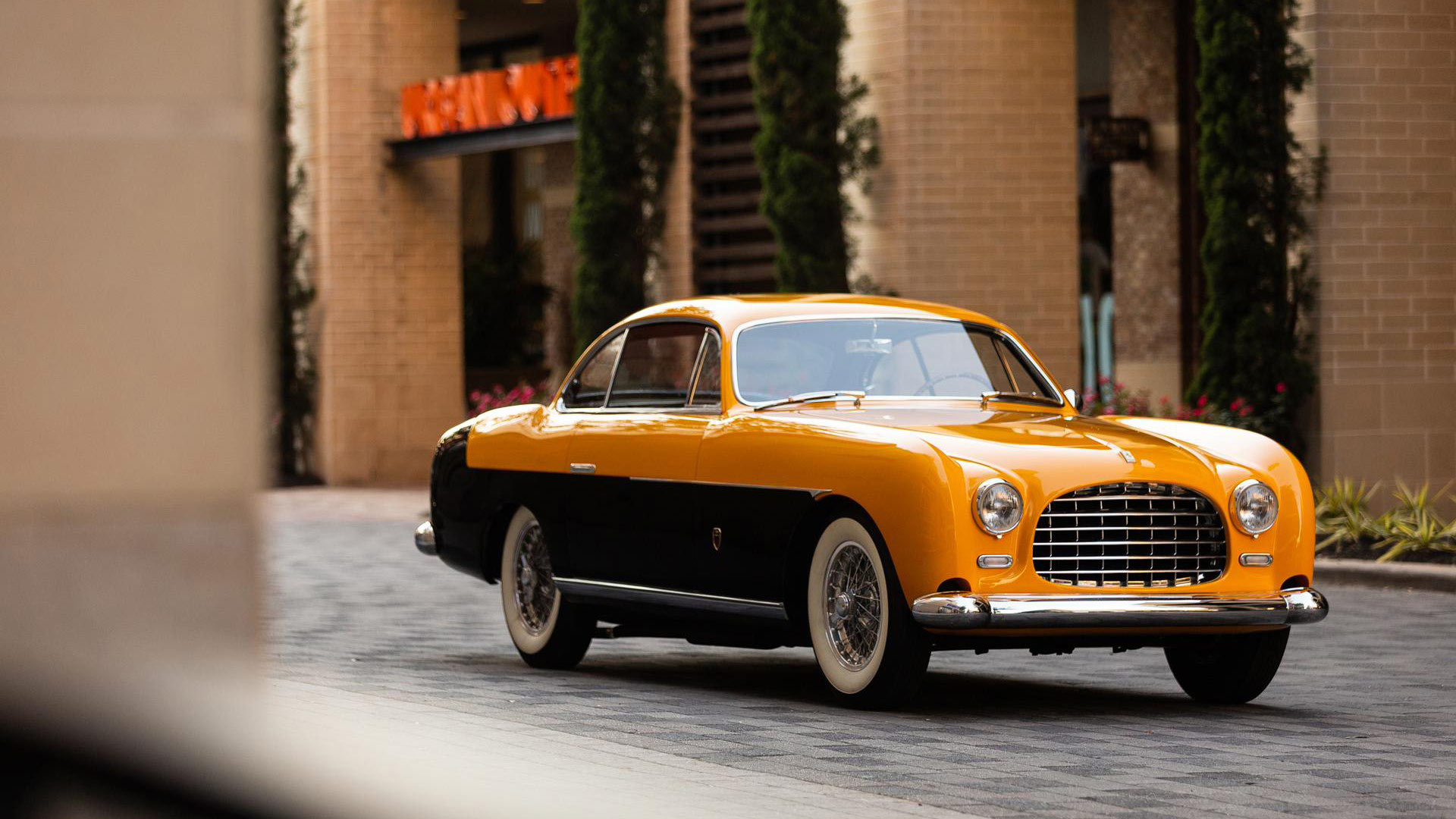 Many classic cars have interesting stories, but this rare Ferrari has a history worthy of its own movie feature. After first having been shown at the 1952 Paris Auto Show, this car was bought personally by Juan Peron – the then President of Argentina – in 1953.

After being ousted from power, Peron fled Argentina and the car went into storage. It was later restored, and owner by notable Ferrari collectors.

Having won prizes at the 2002 Pebble Beach Concours d’Elegance, and the Palm Beach Cavallino Classic, expectations were high for a large final sale price. Although still impressive, the figure of $950,000 was slightly lower than the last auction value achieved by this unique 212 Inter. 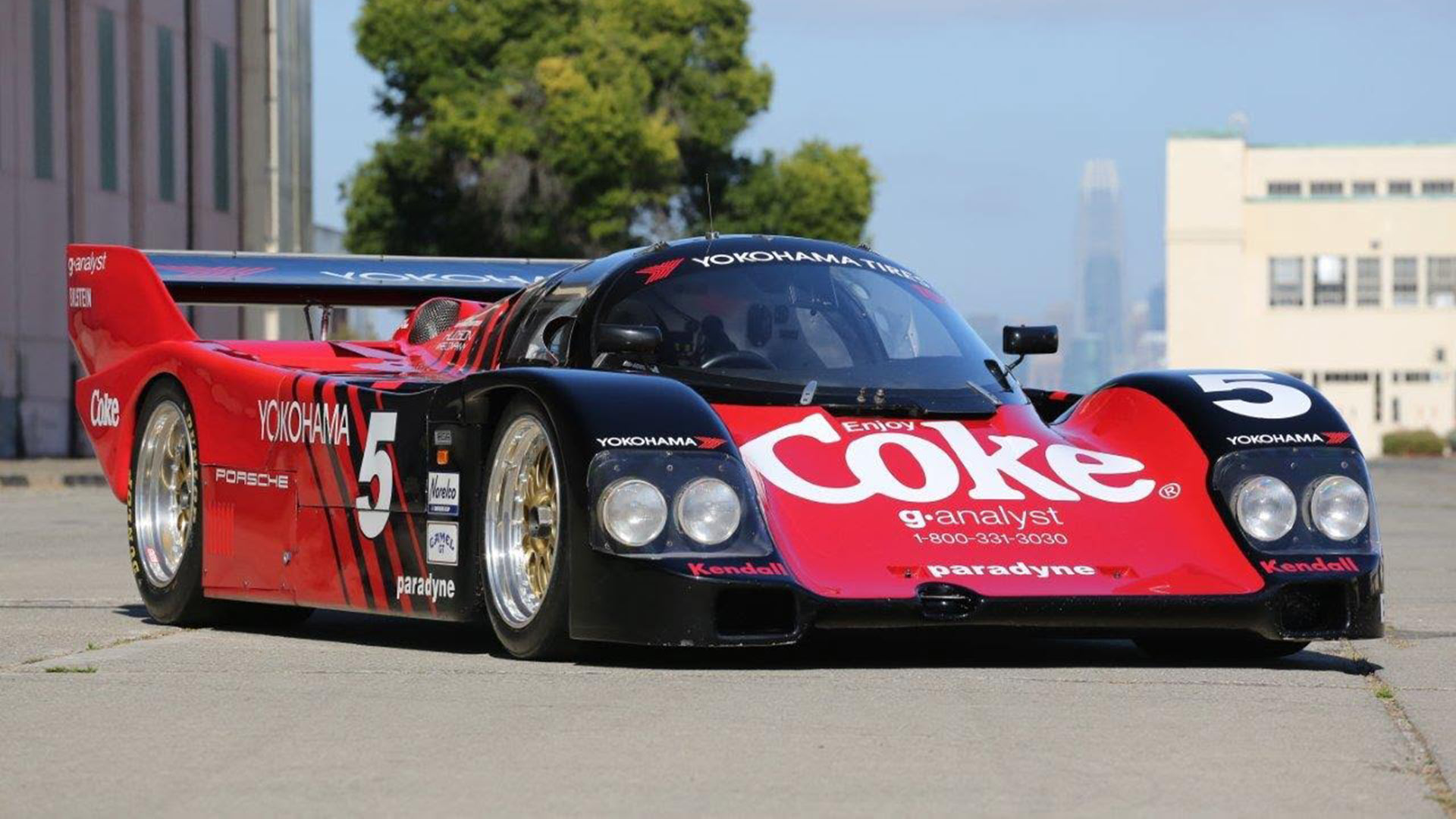 Having raced in IMSA endurance events when new, including being driven by Hurley Haywood, James Weaver, and Vern Schuppan, this Porsche 962 represents a genuine piece of motorsports history.

After its racing career was done, the Porsche went into private ownership. During that time, it underwent restoration and overhaul work, with more than $67,000 spent in March 2015 alone. More recently, this Porsche has taken part in various historic motorsport events, including the 2014 Classic 24 at Daytona. 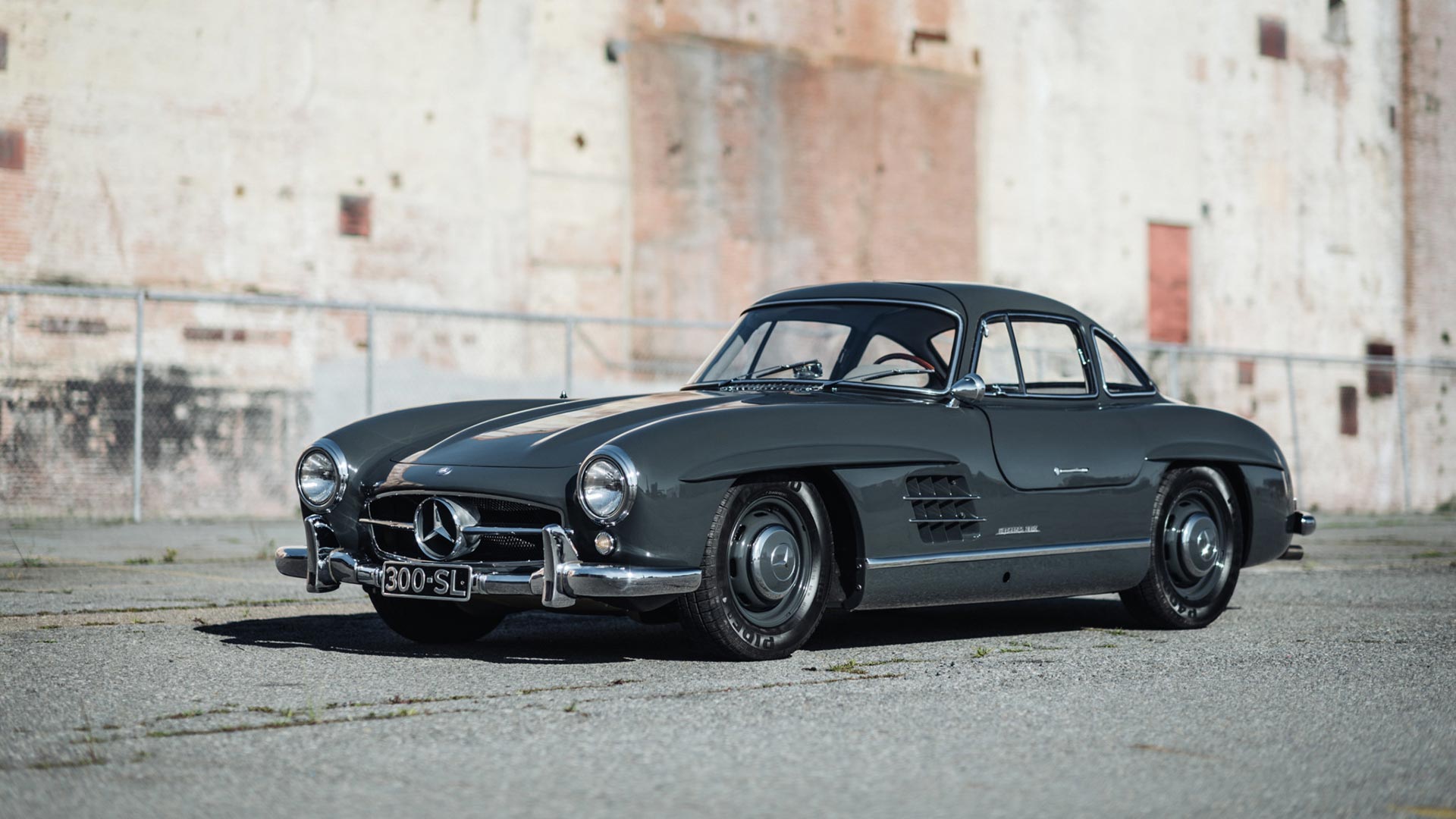 Another car owned and sold by Bring a Trailer, this rare 300SL Gullwing was auctioned to celebrate the launch of the new Premium sales feature.

Added to the Bring a Trailer fleet in 2013, restoration work was undertaken on the interior in 2016. A mechanical overhaul occurred in 2019, whilst the distinctive Graphite Gray paintwork is the original factory color.

Interest in the 300SL Gullwing was predictably intense, with the special bid of $1,234,567 securing the lucky owner this classic machine. It also made this the top-selling Bring a Trailer vehicle for 2019, and of all time.