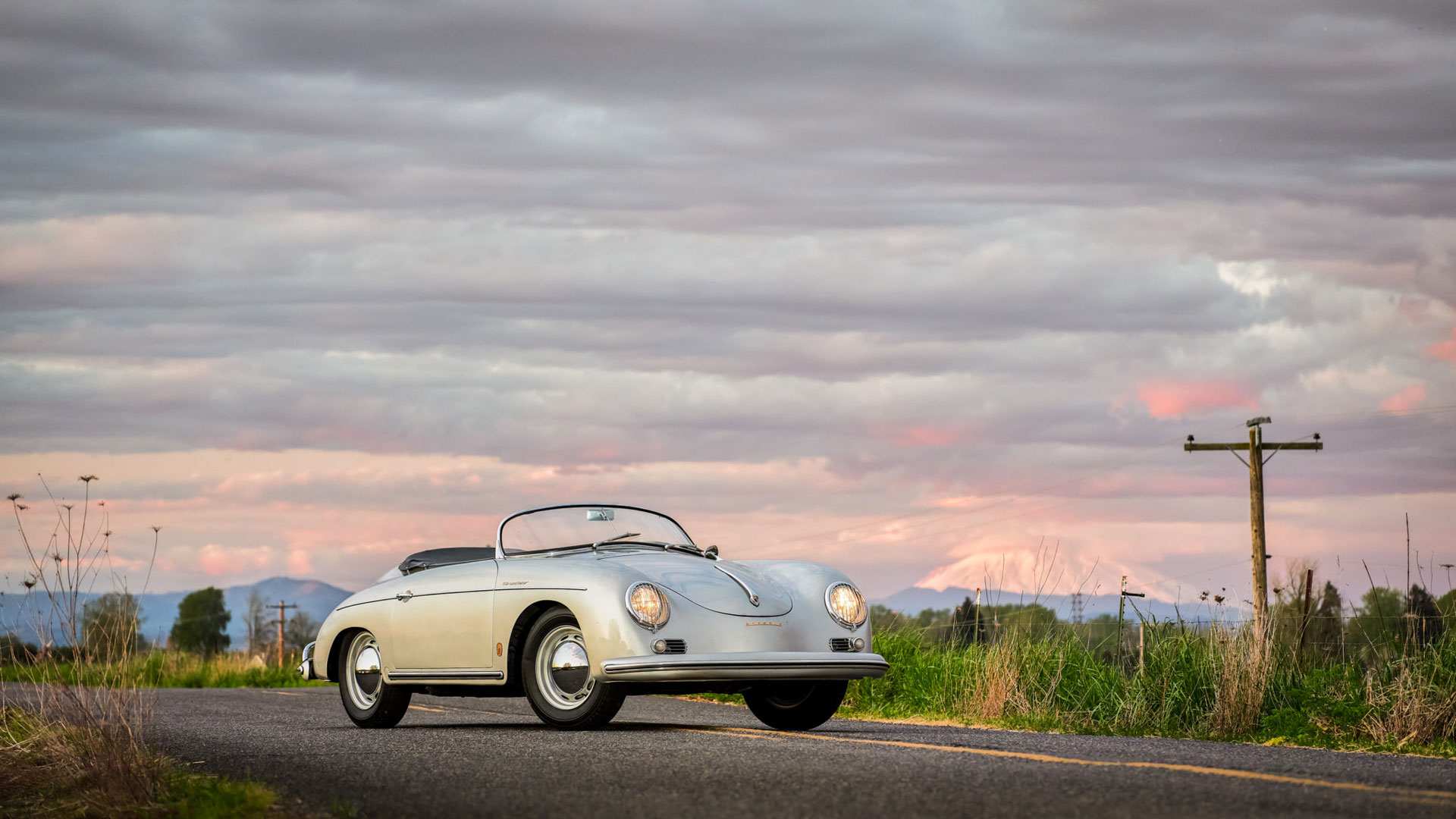 Porsche 356 models continue to be a major draw for car collectors, combining classic styling with the promise of everyday usability.

The 1958 356A Speedster currently being offered for auction on Bring a Trailer has an intriguing ownership story. It has resided with the same owner since 1985.

It also has a set of beautiful photos taken by the selling dealer, so we will forgive if you decide to just stare for a moment. 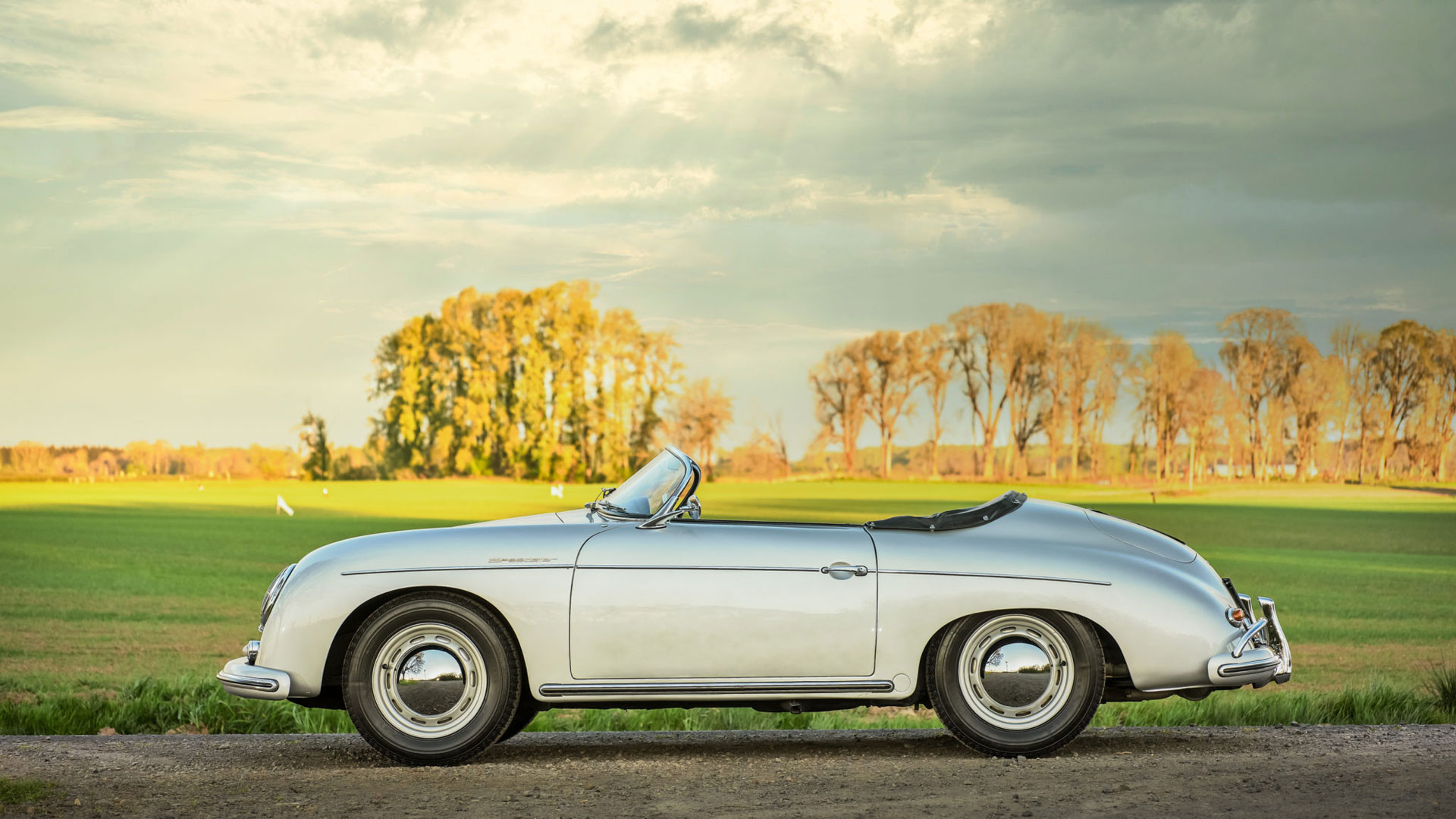 Initial sales were slow, with only 50 356s constructed in the first two years of production. However, demand across Europe and the United States would soon see orders rolling in.

Porsche would release four different versions of the 356, offered in multiple body styles and engine options.

Designed by Ferry Porsche, all versions used the same basic layout. This meant a rear-mounted flat-four engine, sending power to the rear wheels through a manual transaxle. 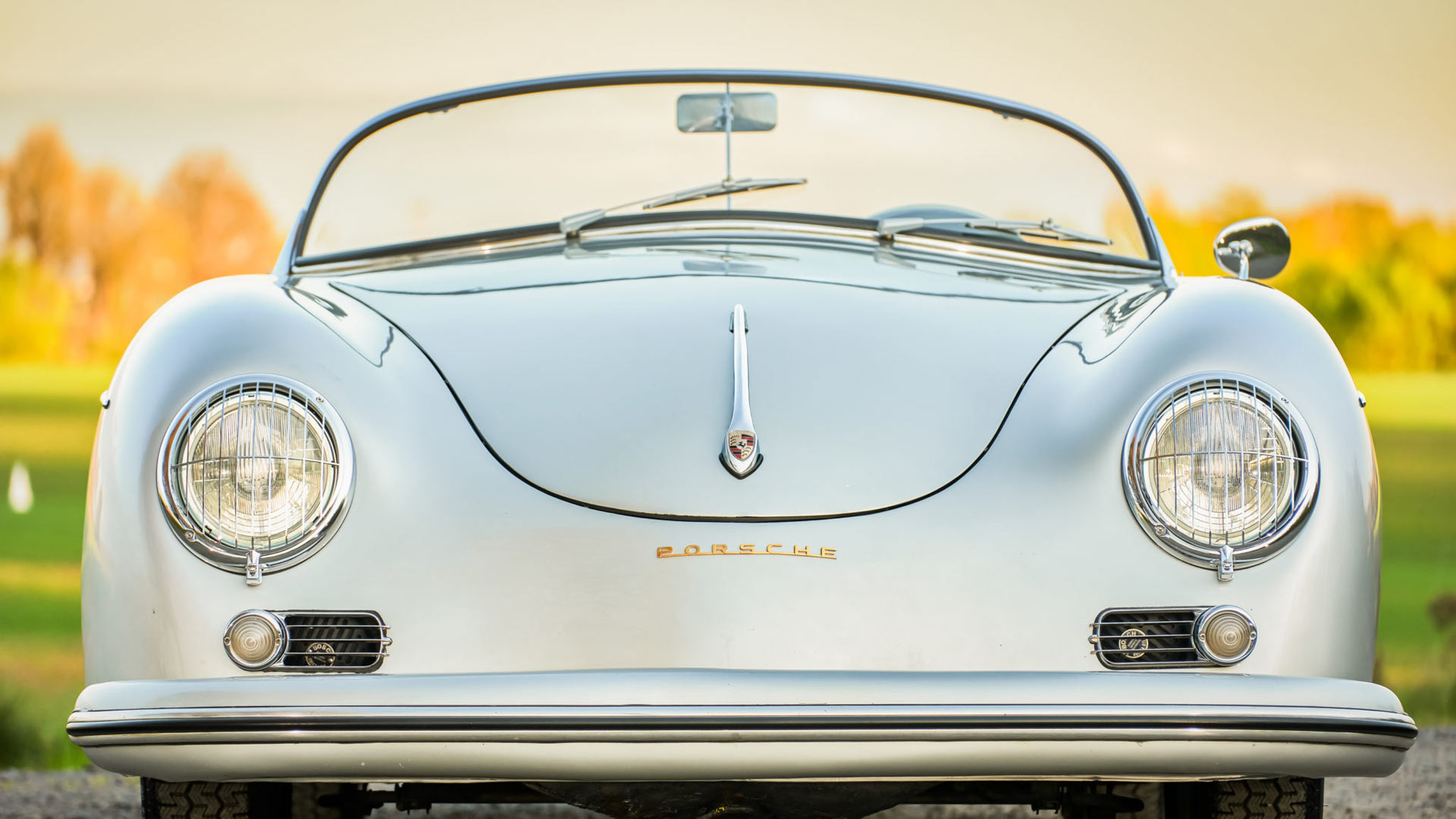 The car currently being advertised for sale on Bring a Trailer is a desirable 356A Speedster. Introduced in 1955, the 356A brought in a number of notable upgrades and improvements over the earliest cars.

On the outside, the windshield became a single curved piece of glass, replacing the V-shaped setup used on earlier ‘Pre-A’ versions.

The Porsche crest was inset into the front trunk lid, whilst lighting details were also changed.

Mechanically, the 356A gained new engine options, with the range now covering power outputs from 44 to 100 horsepower.

Chassis changes saw wider wheels installed, with other tweaks made to improve the handling. 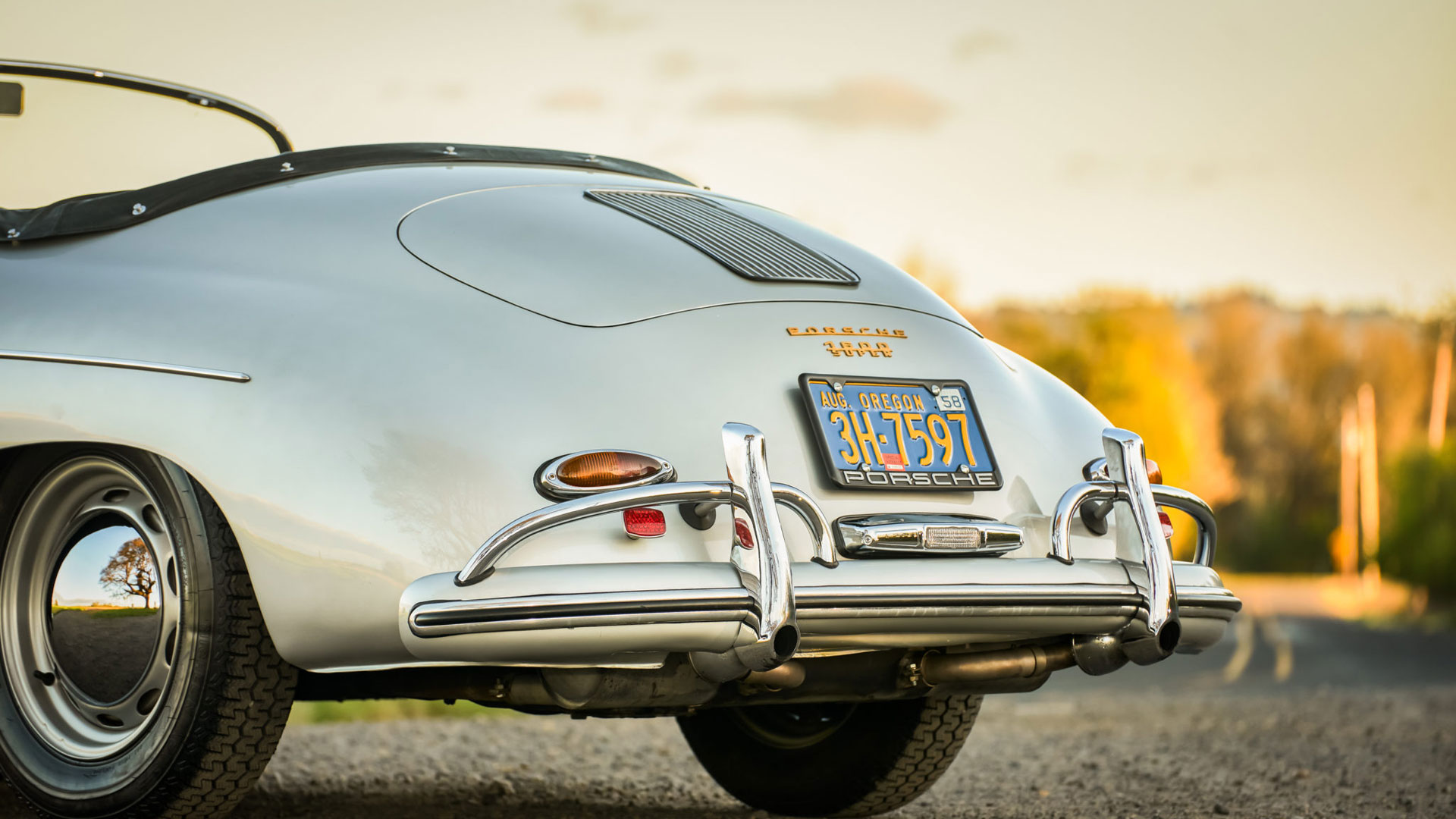 Acquired by the current owner in 1985, this 356A Speedster uses the 1.6-liter ‘Super’ flat-four engine. The unit itself was installed before the current owner bought the car, and it underwent a rebuild in 1986.

Having been stored since the 1990s, work has been done to get the 356A back on the road. This has included a full service, with new spark plugs and a new clutch for the four-speed manual transmission.

New headlights and side trim were installed then, whilst the factory 15-inch steel wheels were refinished recently by the selling dealer.

Ready for action in all weathers 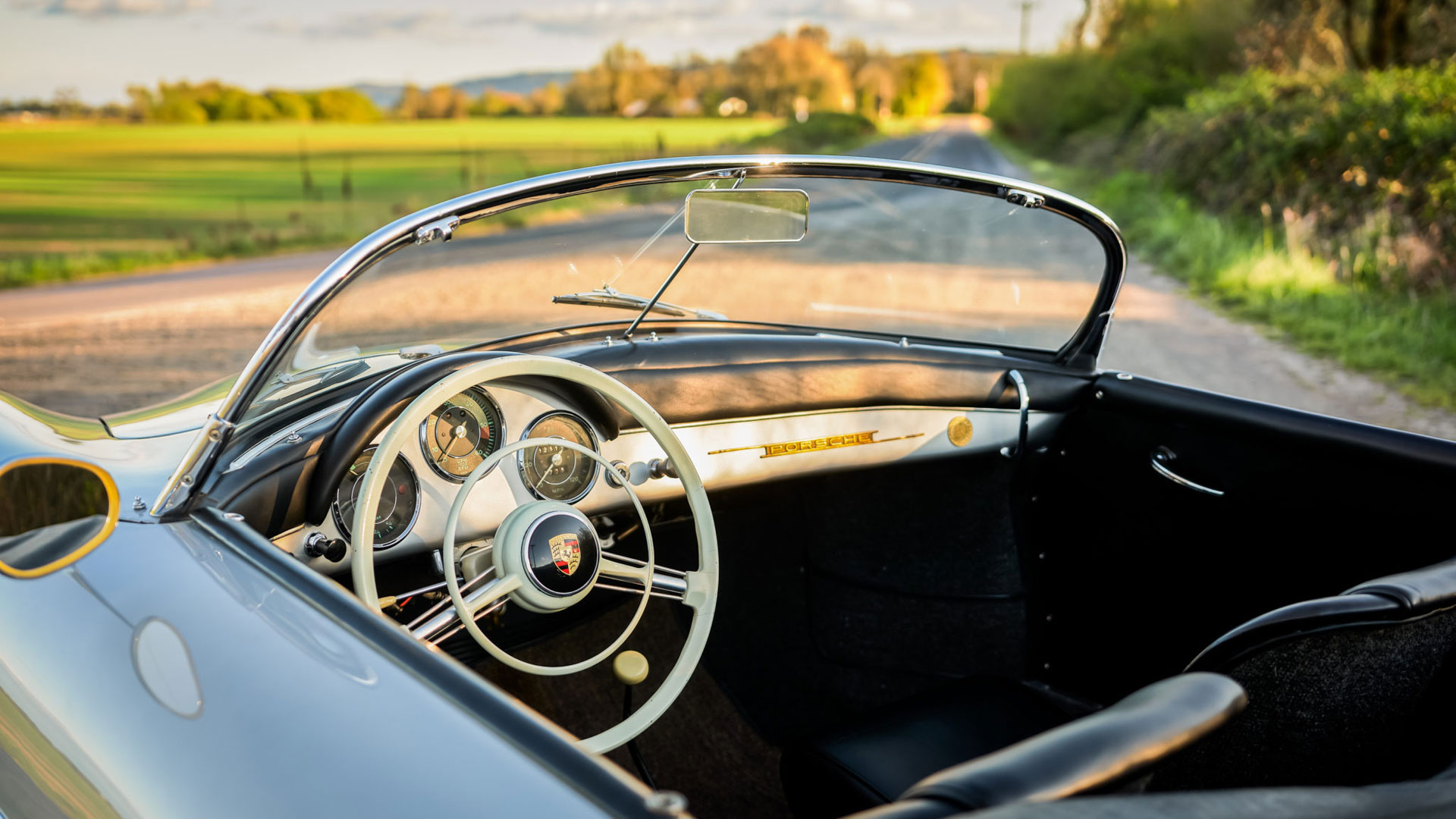 The dealer has also refurbished the dashboard panel, including replacing the dash emblem. Earlier restoration work saw the dash top, seats, and door panels upholstered in black leather, contrasting with the lighter dash and steering wheel.

Supplied with the 356A are a soft top, tonneau cover, and an original unrestored factory hard top. It means a new owner could use this classic Porsche whatever the weather, should they so wish.

Despite having had the car for 35 years, the current owner has added only 6,000 miles to the Porsche’s odometer. Total mileage for this 62-year-old car now stands at 93,000 miles. 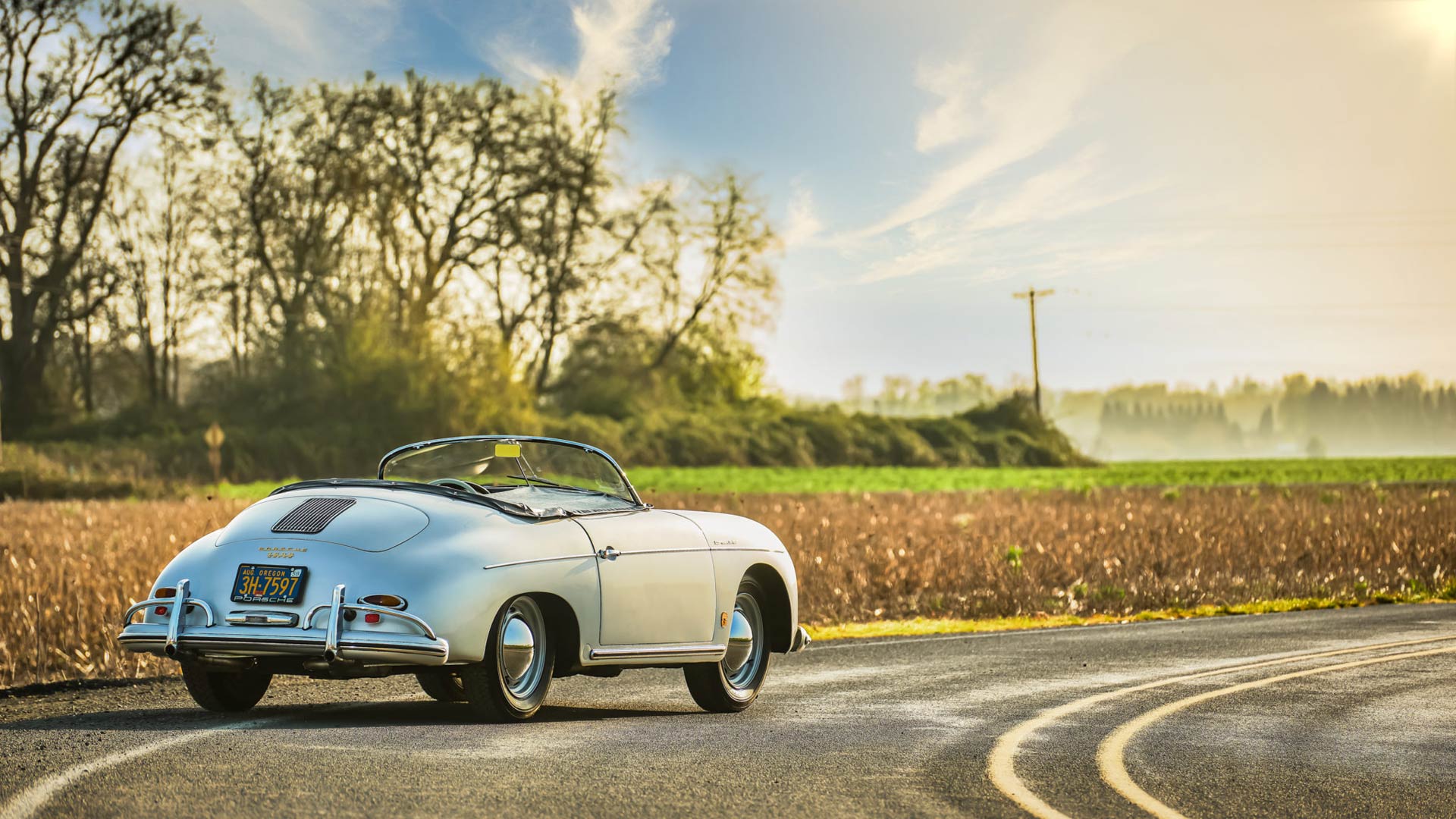 Although the past few months have seen values of Porsche 356s decline from their late 2019 peak, they are still hugely desirable cars for collectors.

Add in the lengthy current ownership period, the work undertaken, and being a Speedster model, means this particular example should be in demand.

An extensive history folder, plus the photos supplied by the selling dealer, will also help.

Once Bring a Trailer users stop staring at the photos, they will have until Thursday, May 14th to place their bids.

Early bidding has already pushed the price well into six figures, suggesting there will be much more to come.

Mercedes-Benz has been keeping drivers awake for a decade