Freed from captivity: you could buy this unrestored 1952 Jaguar XK120 project

Fixed Head Coupe left for decades in storage, and now in need of restoration work 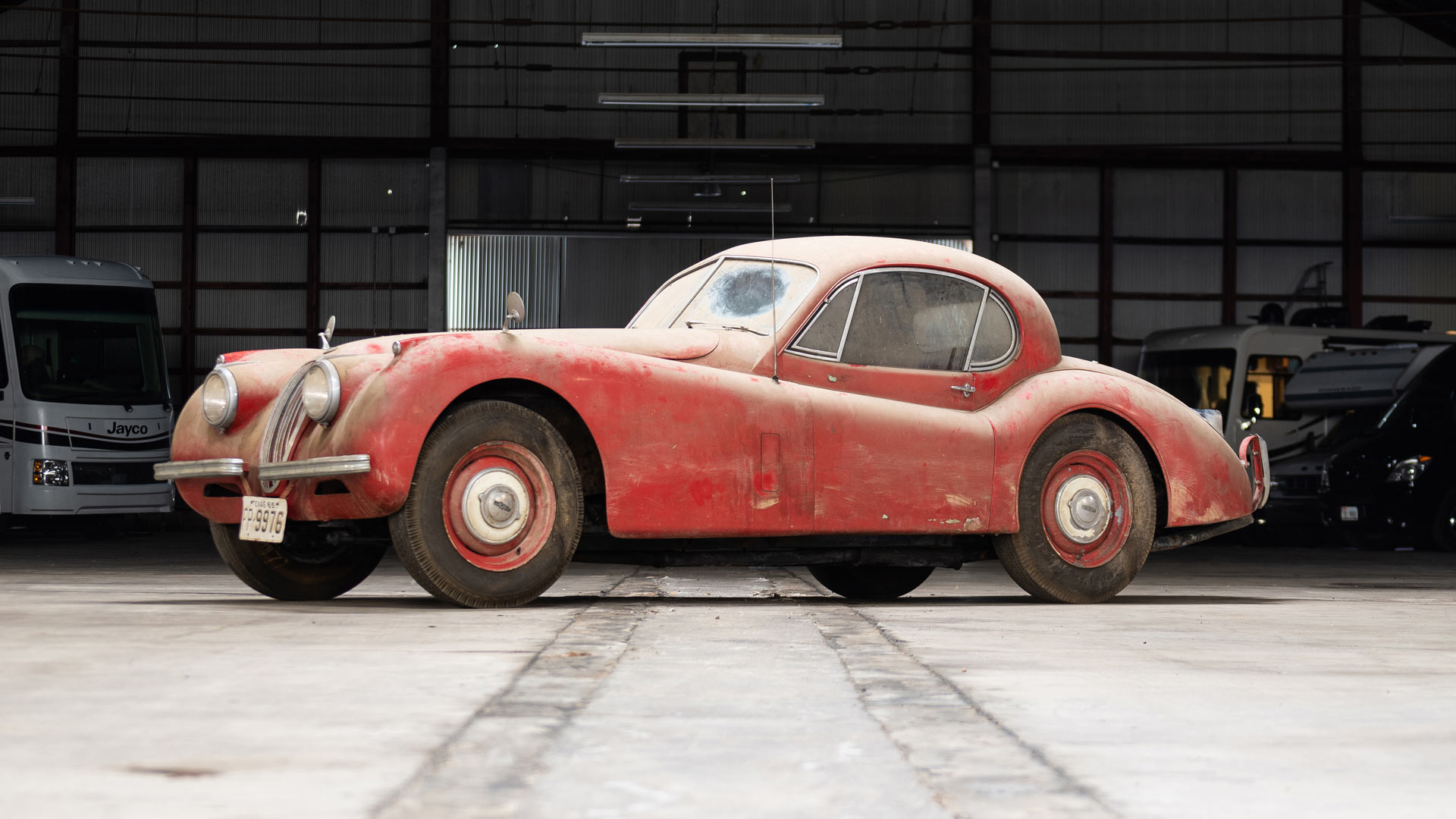 Spring is here, so what better time to start thinking about a classic sports car to spend the summer cruising around in.

It means this 1952 Jaguar XK120 Fixed Head Coupe, currently for sale on auction site Bring a Trailer, could be just what you need.

Be prepared to get down and dirty though, as this classic has spend several decades in storage and is being described as a ‘project’ by the seller. 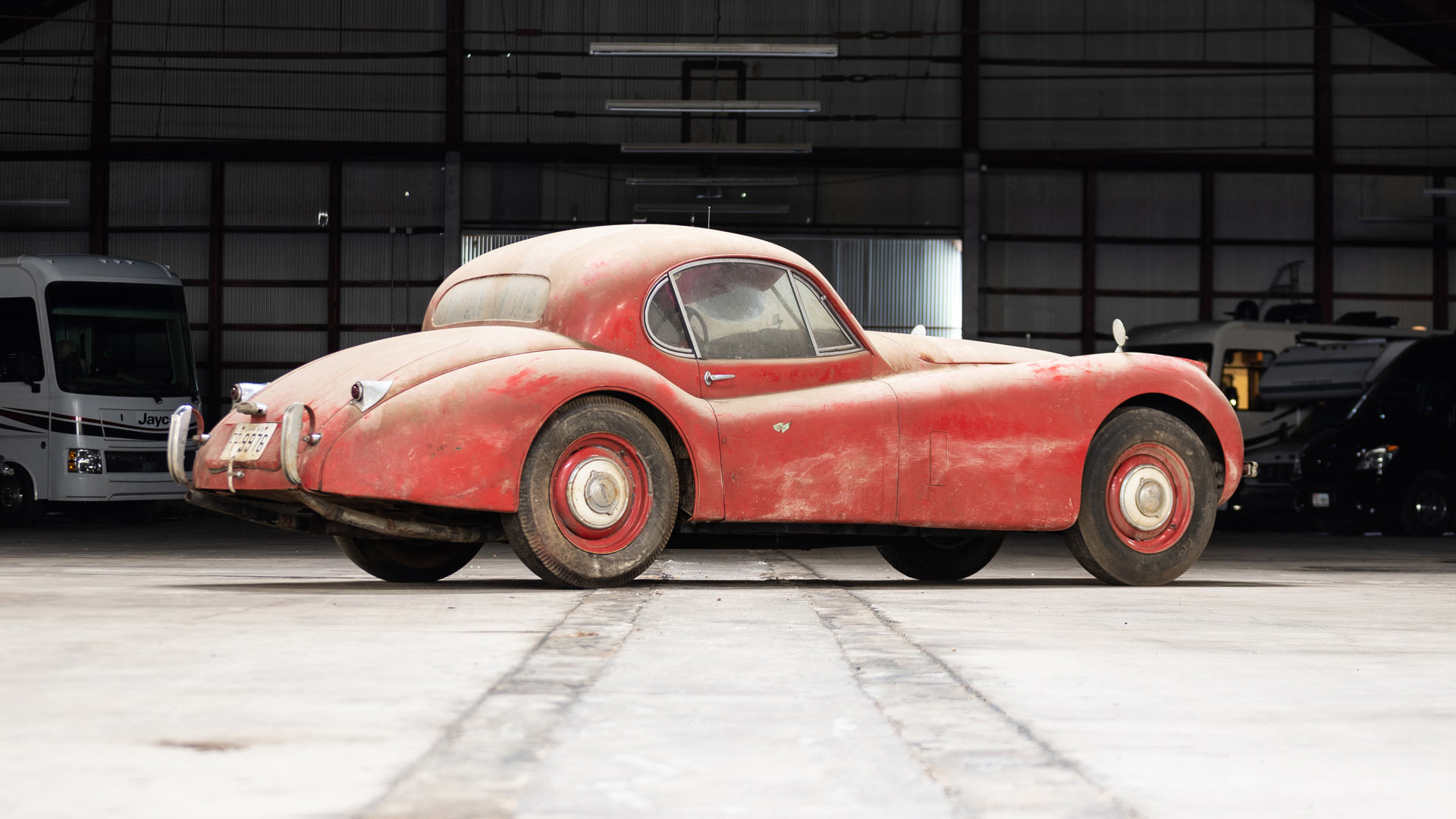 Just how long the Jag has spent off the road is not specified, but the fact it is still wearing licence plates issued in 1959 might be some clue. The car was placed in storage by Mr. Binner of Waco, Texas, who bought the car in October 1958.

Originally the car was delivered to a buyer in Los Angeles, California, having left Jaguar’s factory on July 3rd 1952. At that time, the XK120 was wearing Pastel Blue paint, with a grey interior.

At some point the car was resprayed red, with the interior swapped to match as well. Even the steel wheels ended up with coordinating red trim on them as well. 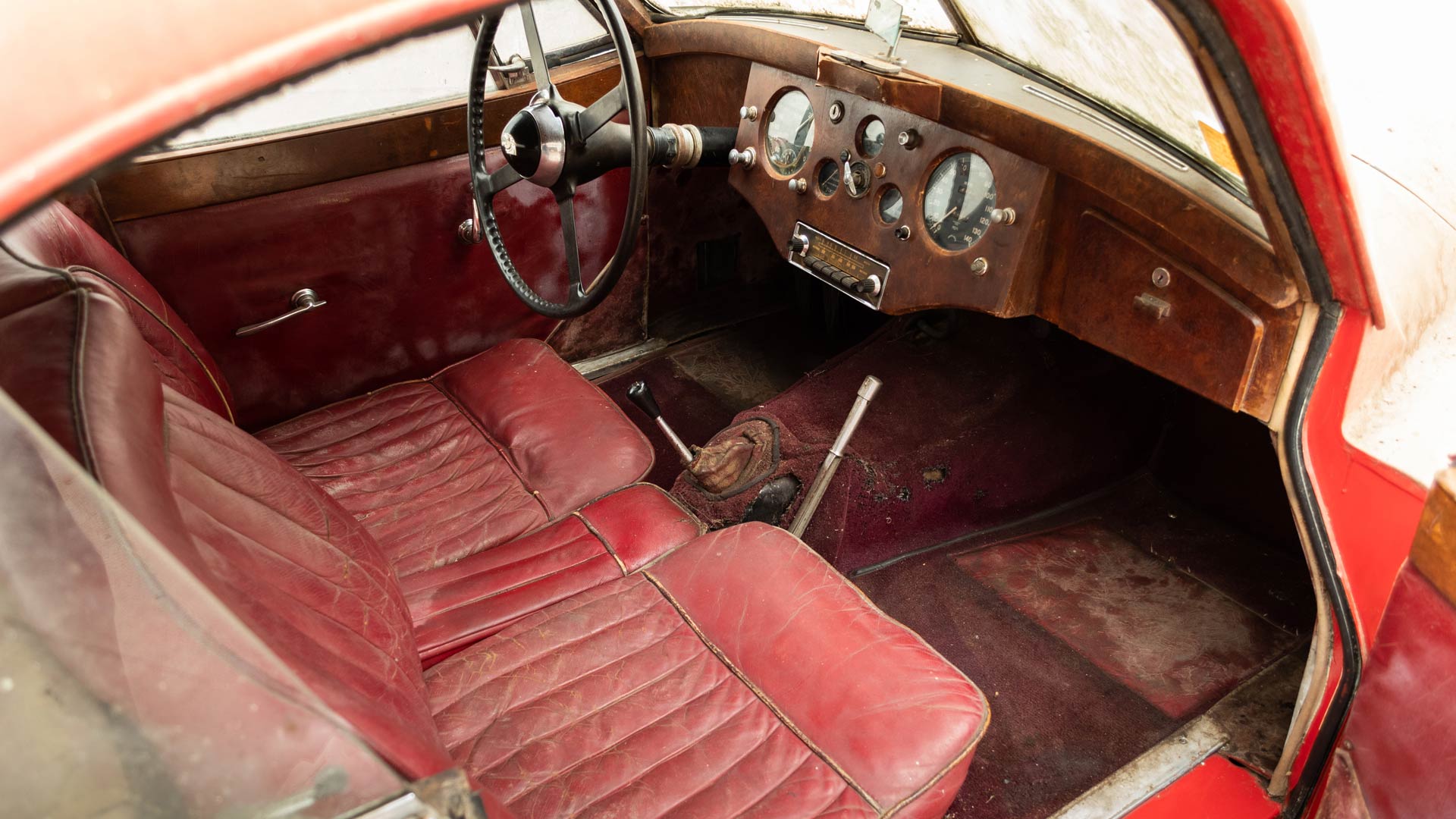 Powered by a 3.4-liter inline-six engine, the XK120 produced 160 horsepower as standard. An optional ‘Special Equipment’ package could boost this to 180 horsepower, although there is no mention of this car having it.

Having lived untouched in storage for so long, unsurprisingly the engine does not run. However, the seller does at least state it turns by hand, and has just 51,000 miles indicated on the odometer.

A four-speed manual gearbox featured as standard on the XK120 FHC, and allowed it to hit a top speed of over 125mph. Various speed records were set by XK120s during the 1950s, including averaging over 100mph for seven days and seven nights. 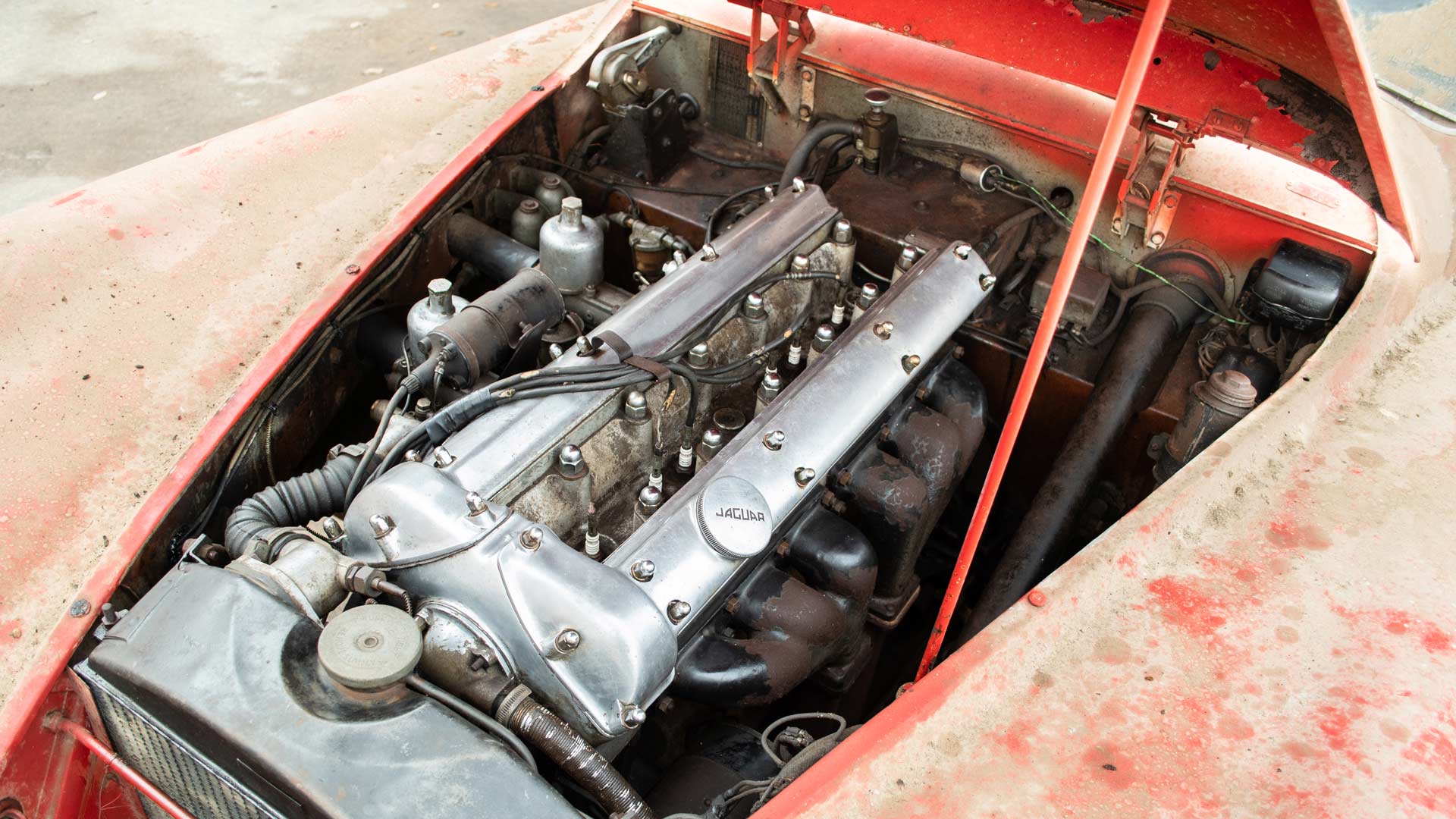 The seller has been in touch with the Jaguar Heritage Trust, which has established the original production records for this XK120.

Along with confirming the original paint and interior options, the certificate issued also shows that the engine and gearbox are the same ones that left the factory attached to this chassis.

Also present is the original issue title from when the car was first sold new in 1958, helping further prove the backstory to this Jag. 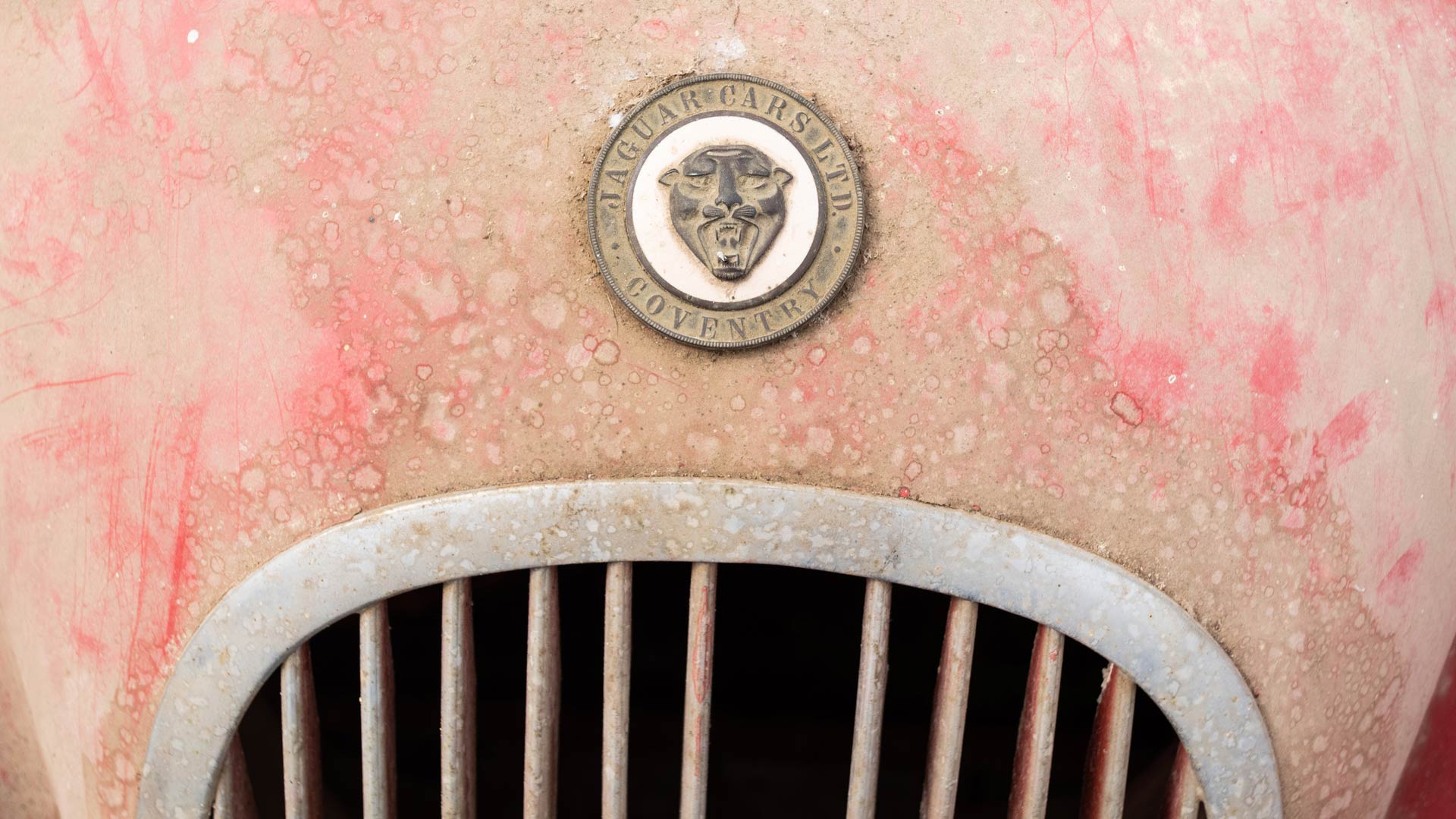 If this particular Jag takes your fancy, you’ll need to be quick to get a bid in. The Bring a Trailer auction ends on Tuesday March 26th, with numerous bids already received.

The Mazda MX-5 turns 30 this year, so now seems a good time to put the quintessential sports car – in its latest, greatest form – through its paces
Read more

Fancy a faster Fiesta ST? There’s an app for that

Appy customers: the Mountune M225 upgrade increases the power of the Ford Fiesta ST to 225hp and comes with its own smartphone app.
Read more

Longing for summer getaways? The VW camper could be a quirky mode of transport (just don't do the sums)
Read more

Revealed: the cars you’re most likely to spend your own money on

Cash is king: using data supplied by JATO Dynamics, we reveal the cars people are most likely to buy with their own money
Read more