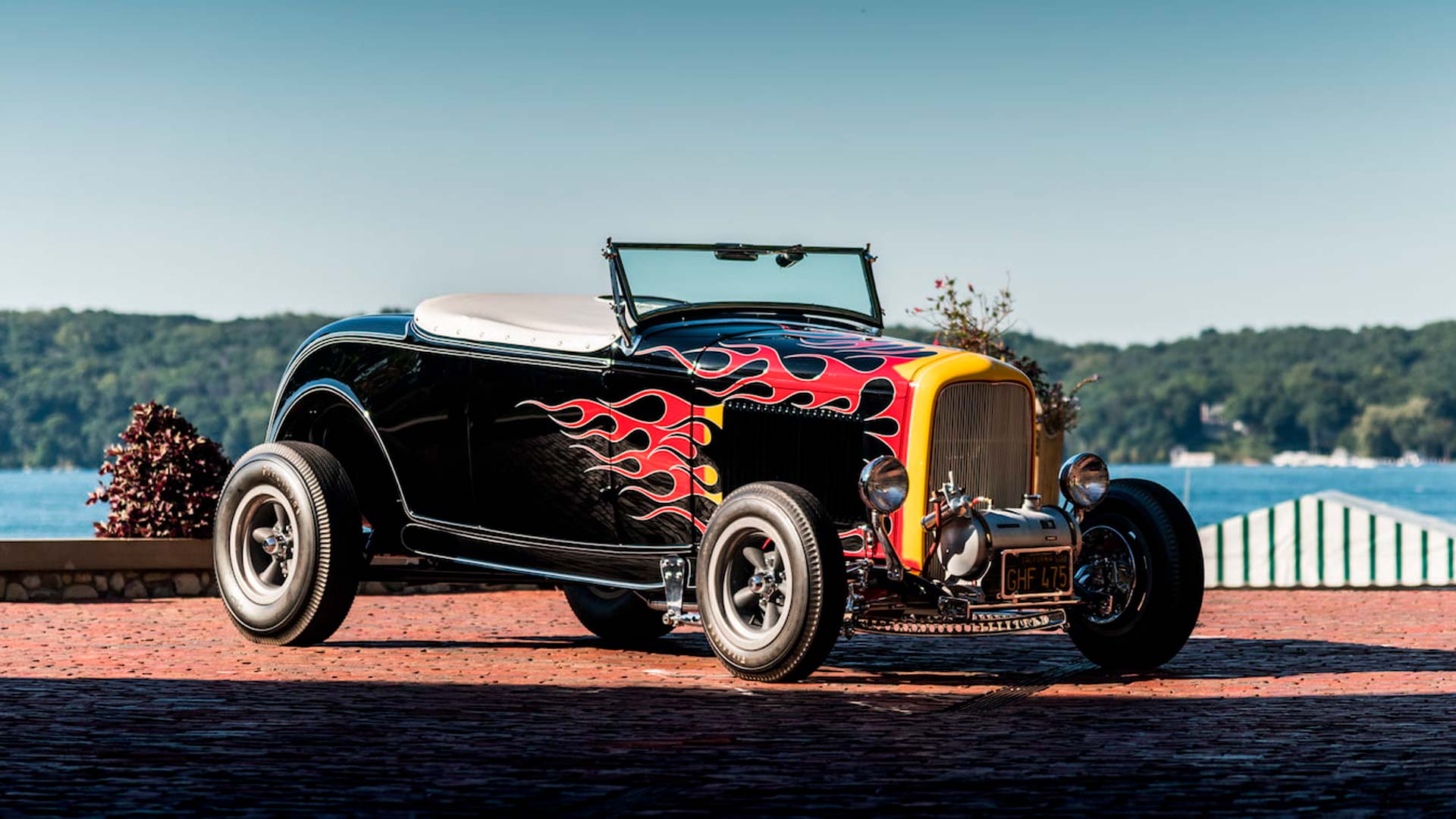 The classic hot rod has become an ingrained part of American automotive culture, defining an entire genre for custom vehicles.

One of the most important cars from the early days of hot rodding culture is set to be one of the star attractions at a major auction event.

It means a new owner could drive away in the iconic ‘32 Ford McMullen Roadster, arguably one of the best-known hot rods ever made.

The hot rod that defined the breed 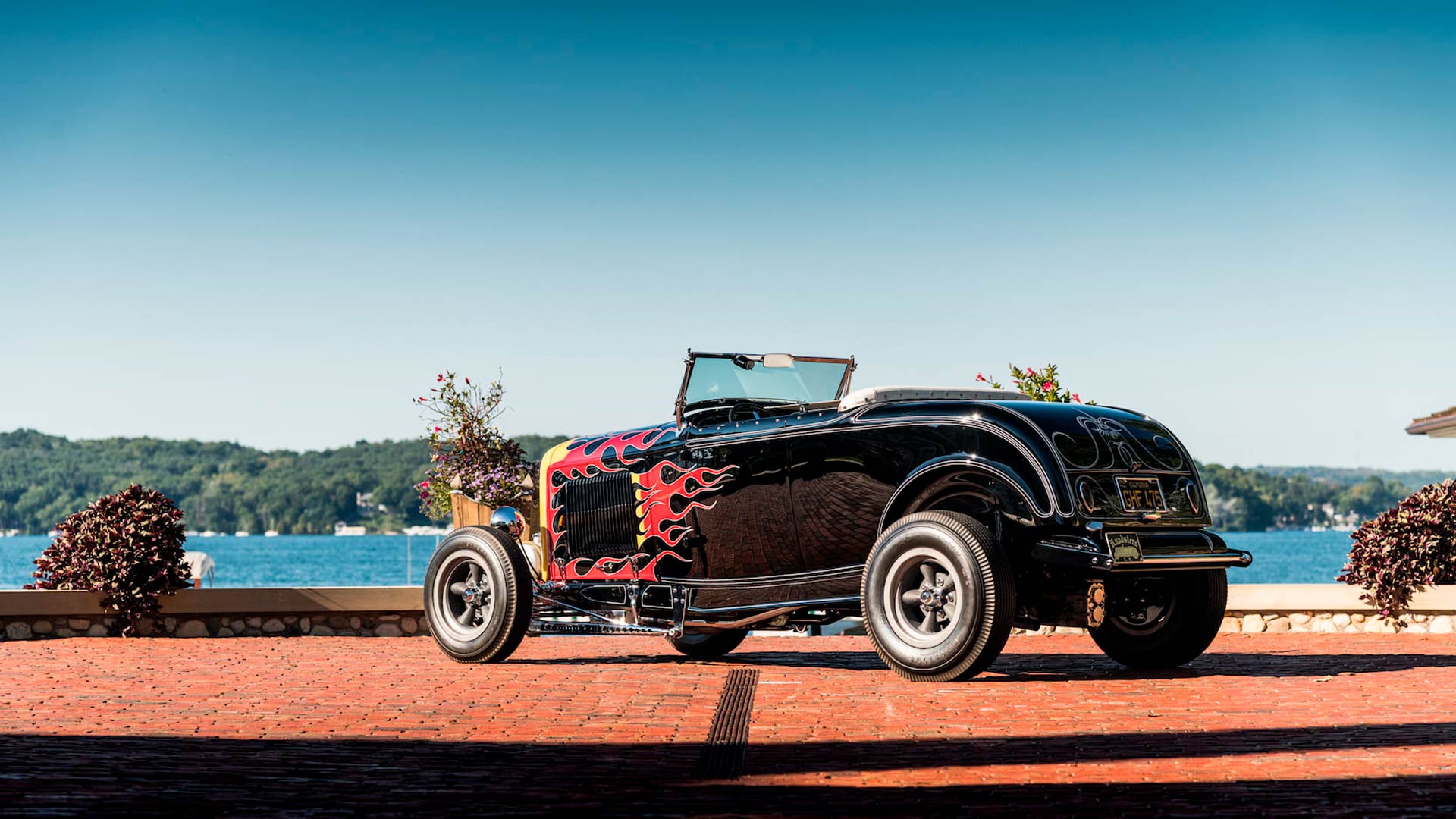 Tom McMullen was a hero of the hot rod scene, starting his obsession with modifying cars as a teenager. He later founded a successful auto electrics company, but his heart was always in building hot rods.

Along with his love for mechanics, McMullen was also renowned for his writing. He contributed regular pieces to Hot Rod magazine, and would later go on to start the Street Rodder magazine.

Yet despite being surrounded by some the greatest hot rods ever made, McMullen admitted that one of his “biggest mistakes” was selling this particular Deuce Roadster. 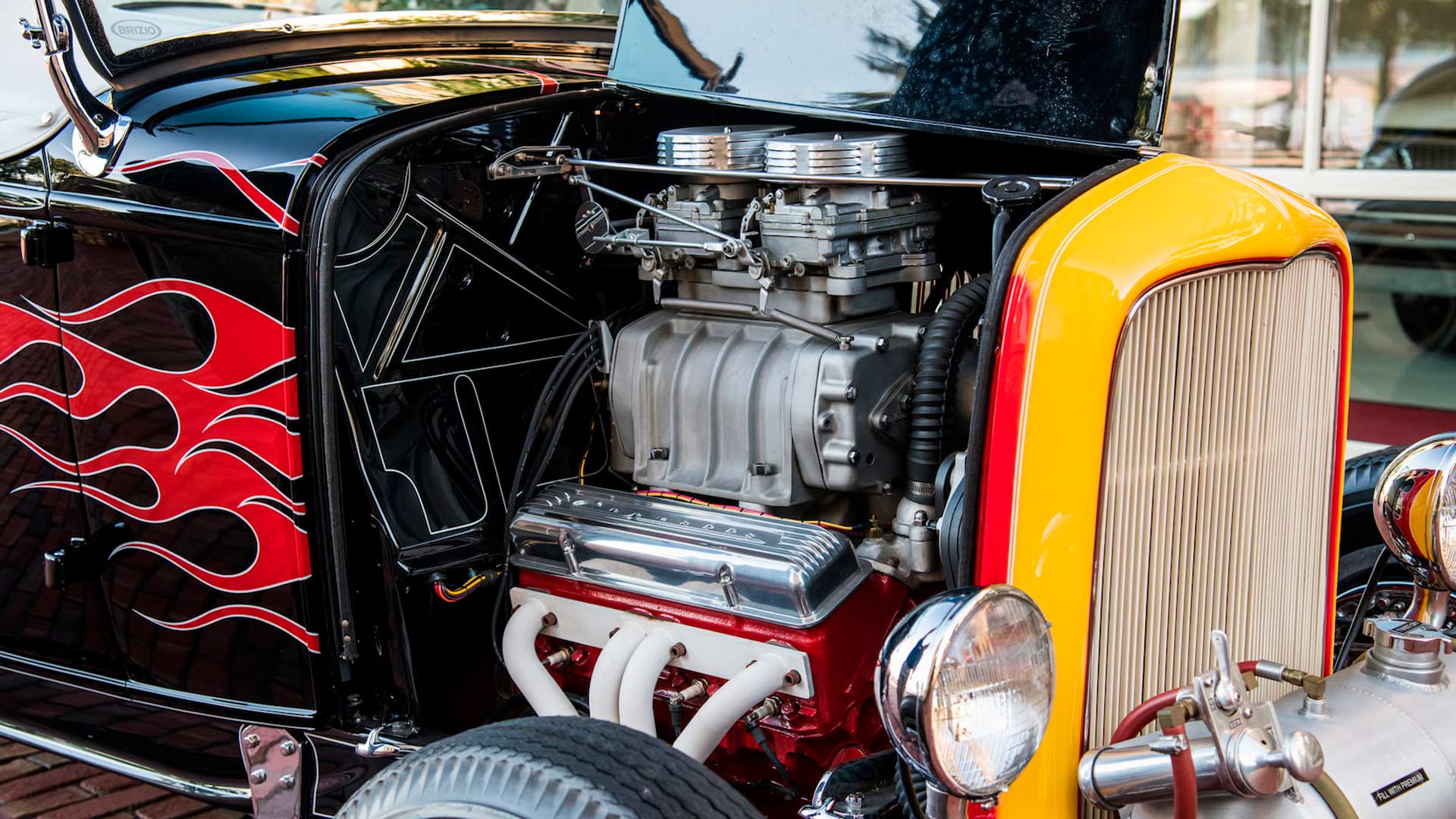 McMullen was not the first owner of the car. The 1932 Ford having passed through several hands before he acquired it in 1958. Initially powered by a Ford Flathead engine, this was soon ditched and replaced with a 352-cubic inch Chevrolet V8, breathing through six carburettors.

This wasn’t enough for McMullen, who later fitted a supercharged small-block V-8, intended to boost the power output even further.

Such modifications were not just for show. He would enter the 1932 Roadster in speed trials at El Mirage, hitting an incredible top speed of 167 mph. That was enough to give McMullen the prize for fastest street rod at the 1964 event.

Devil in the detail 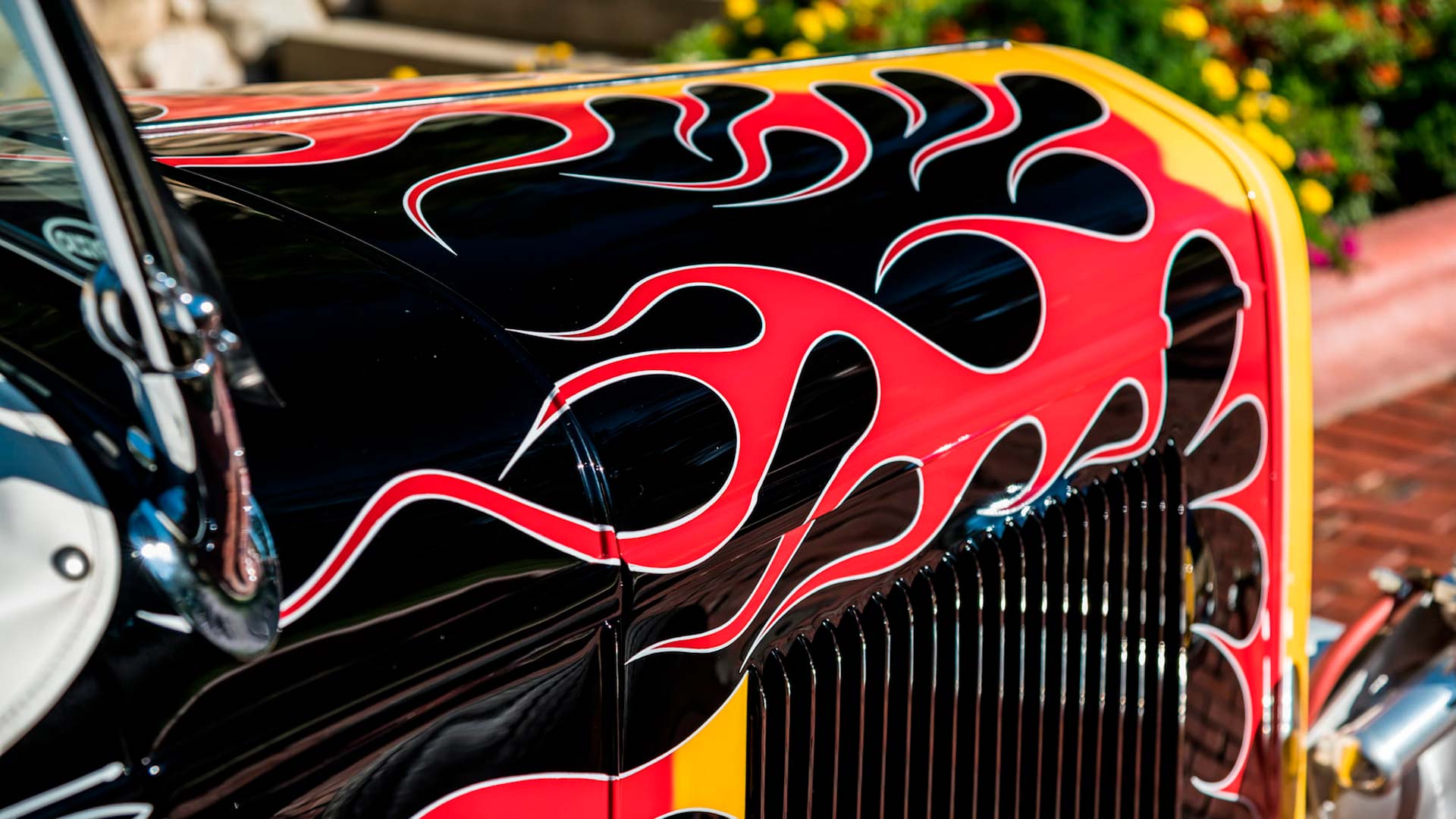 Appearing on the cover of Hot Rod magazine in April 1963, the McMullen Roadster stood out due to the flaming paint job. Whilst McMullen had undertaken the painting himself, the flame design was created by the legendary Ed “Big Daddy” Roth.

McMullen added his own pinstriping details to the car, along with a Halibrand rear end and Moon tank at the front.

Such was the appeal of the ‘32 Ford, it would see the car featured on TV shows and countless magazine covers. It would become a hot rod that others would imitate, making a major part of American automotive culture. 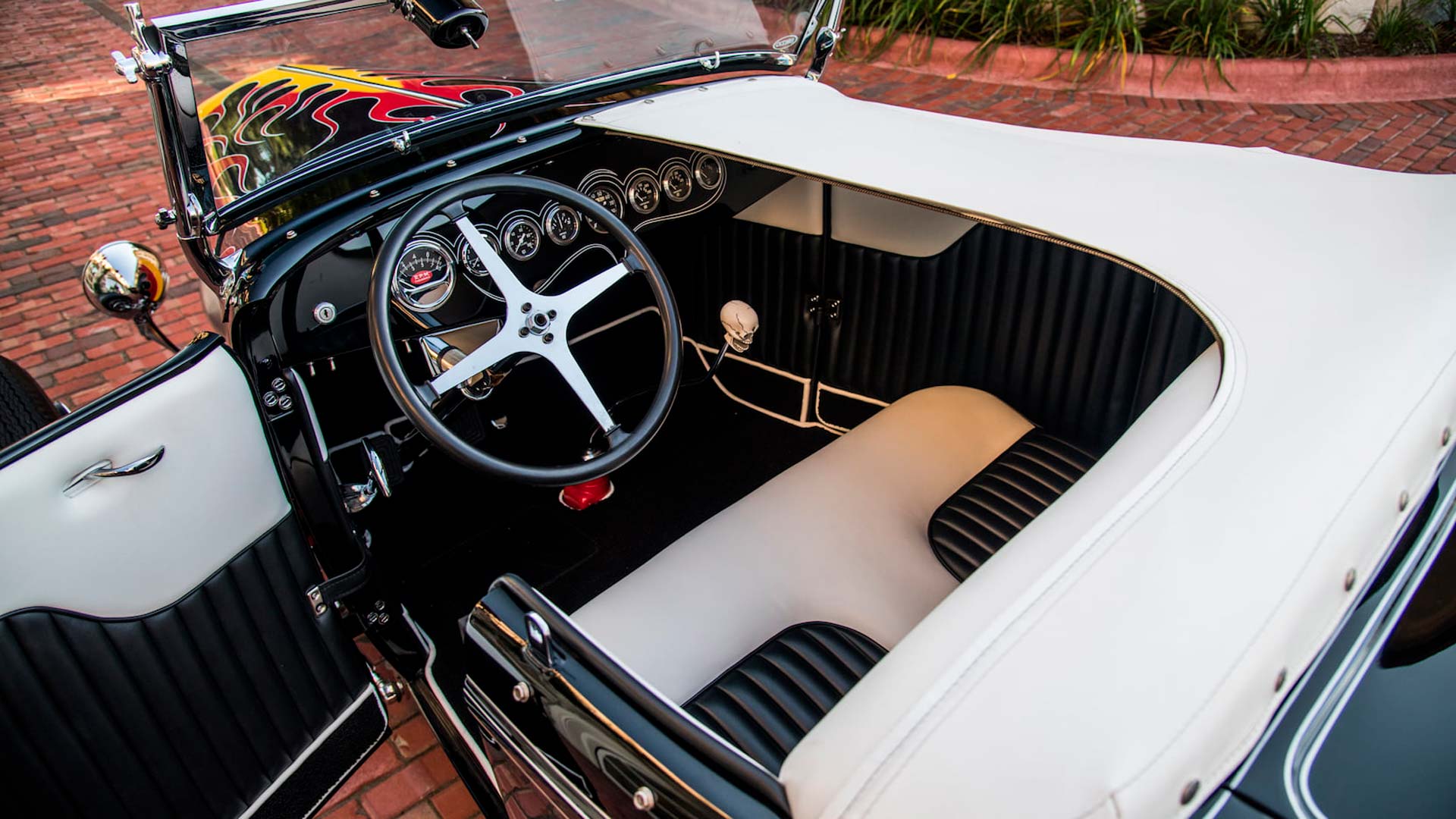 The car was sold by McMullen in 1970 to fund the development of his business. It would pass through several collectors, before being bought by hot rod enthusiast Jorge Zaragoza in 2002.

Such hard work paid off. The McMullen Roadster was named one of the most important 1932 Fords, and featured in a special 75th-anniversary event for the classic roadster.

An appearance at the 2007 Pebble Beach Concours d’Elegance saw it take third in its class. 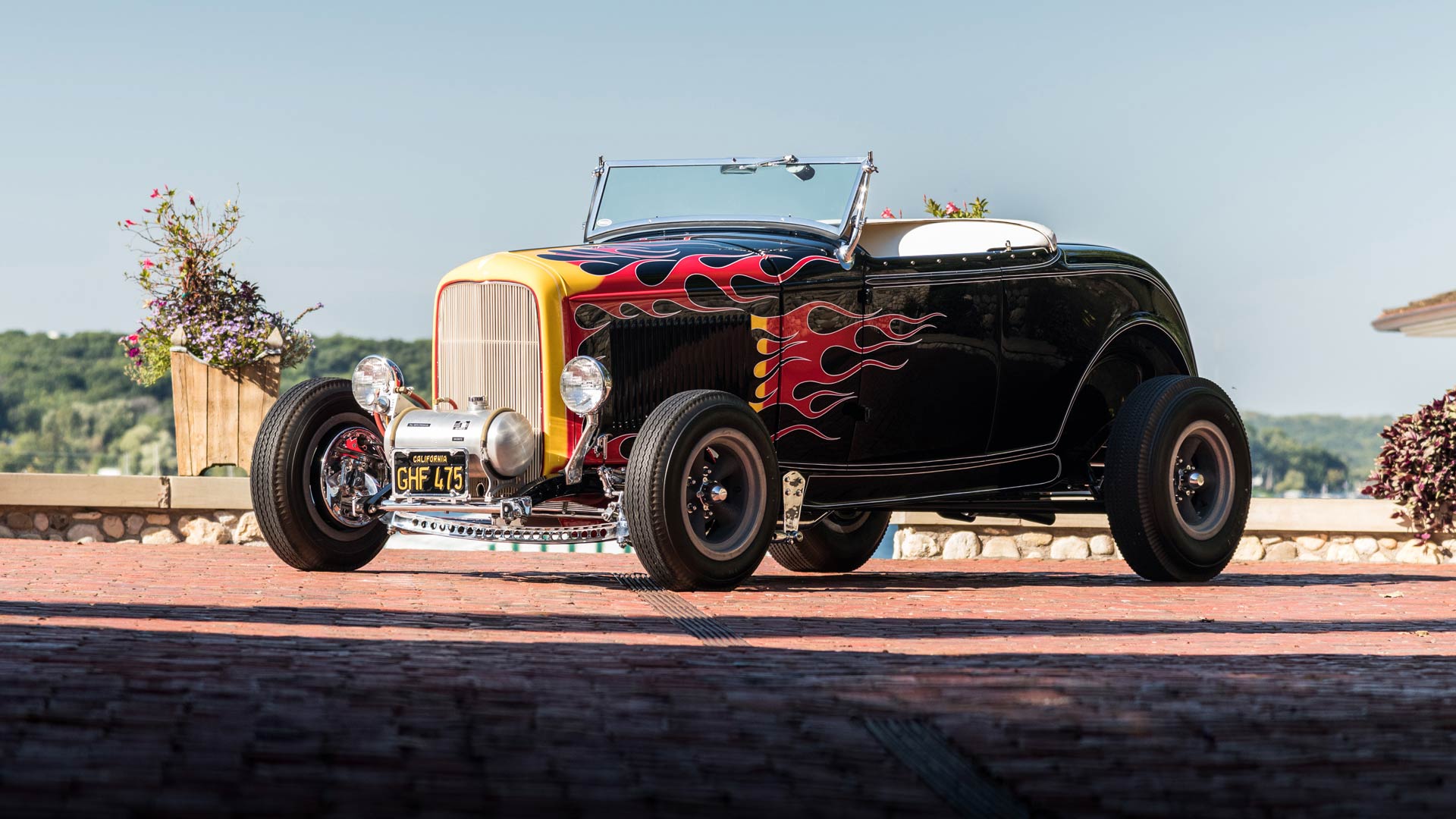 Tom McMullen died in a tragic plane crash in 1995. It meant he never got to see the continued fame his eponymous 1932 Ford achieved. However, its legacy has continued, with McMullen’s name forever associated with the hot rodding world.

The car is being offered for sale as part of the Mecum Gallery Exposition, held alongside the Indy 2020 auction. Using the Gallery platform lets buyers deal directly to make a purchase, rather than it going across the block.

Commencing on Friday, July 10th, the Mecum Indy 2020 sale will see more than 2,500 cars up for grabs. This All-American hot rod hero will be amongst them at the Indiana State Fairgrounds.

This restomod Mustang was built for Patrick Dempsey