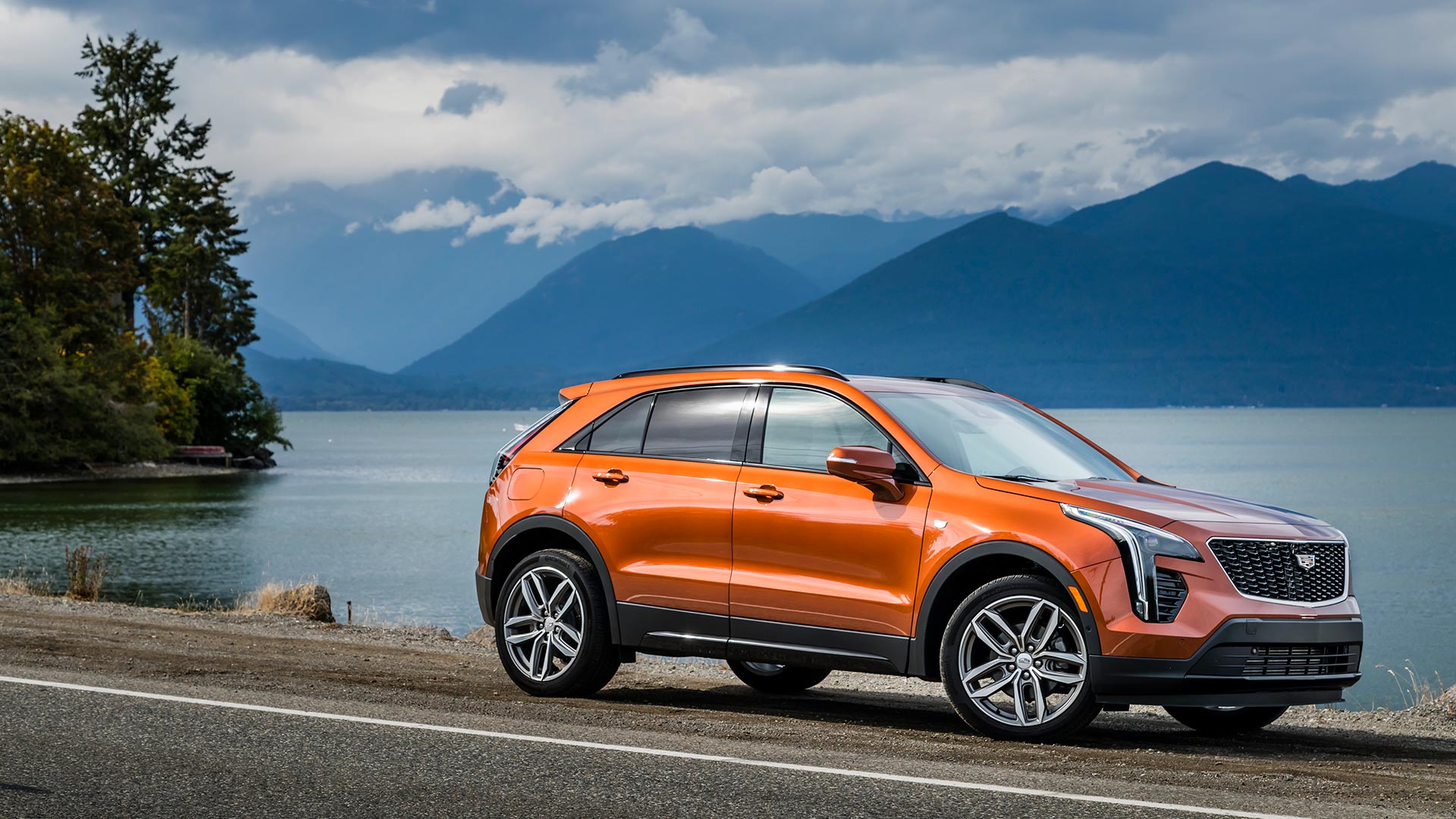 With more attention than ever focused on the environment, keeping an eye on gas mileage can be important to drivers of even the most luxurious of vehicles.

Our selection here includes vehicles considered to be some of the most fuel efficient by their manufacturers. It comprises both plug-in hybrid models and all-electric vehicles, many of which may qualify for federal income tax credits.

These twelve cars will let you bask in the comfort of their interiors, and also in the knowledge that you kept the environment in mind as well. Luxury with a clear conscience! 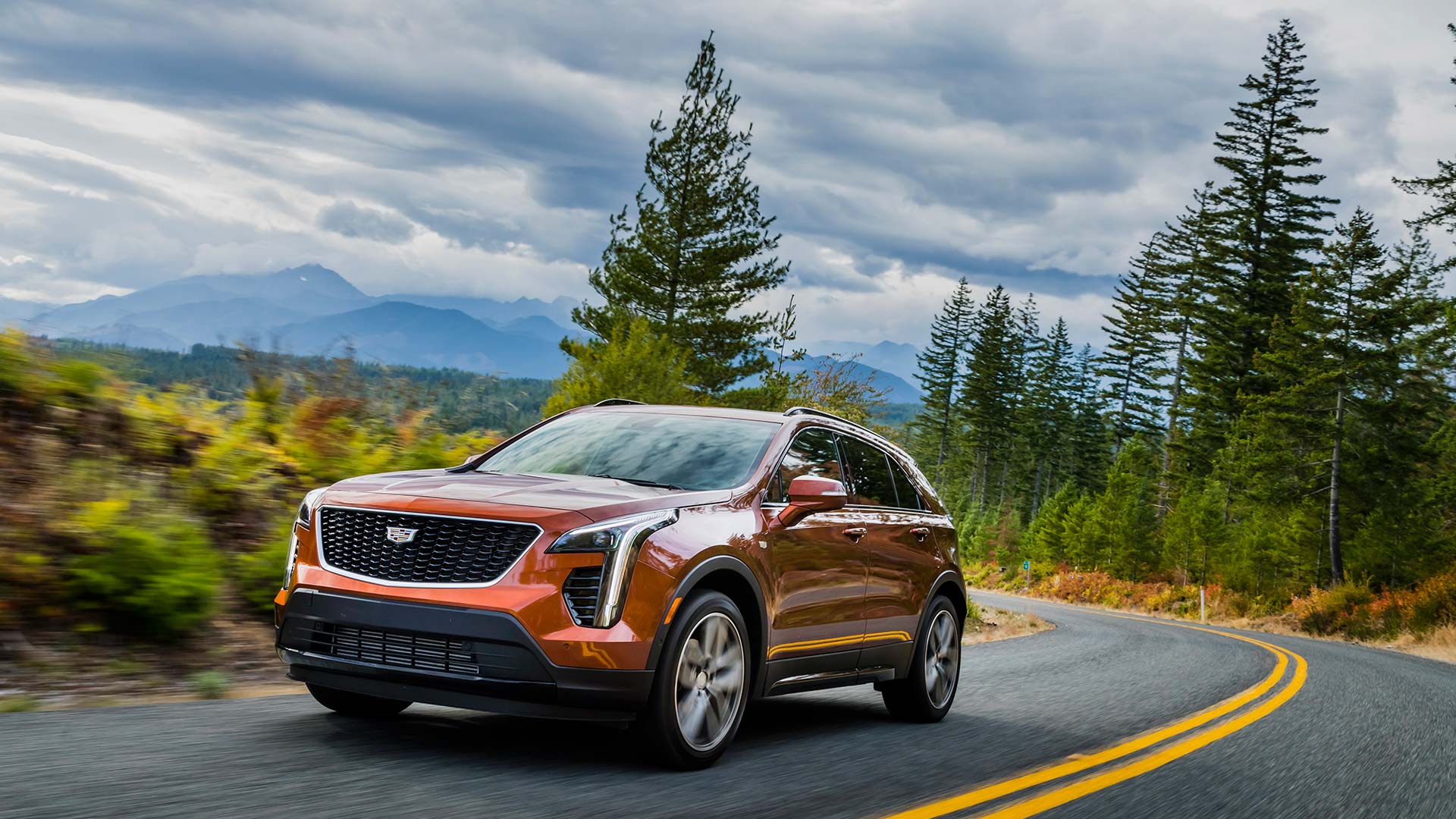 Cadillac’s current model range is undergoing an overhaul, with a number of new models recently announced. For now, it means the XT4 compact crossover SUV is the most fuel-efficient Caddy on sale.

The standard XT4 comes with a 2.0-liter turbocharged four-cylinder gasoline engine, featuring Active Fuel Management and automatic stop/start technology. This results in a power output of 237 horsepower, along with 258 lb-ft of torque.

Choosing the standard front-wheel drive version results in the best fuel economy, with an official EPA combined gas mileage of 26 mpg. Picking the all-wheel drive model drops the combined fuel economy down to 24 mpg, and adds $2,500 to the price of the base Luxury model. A nine-speed automatic transmission is standard on both versions . 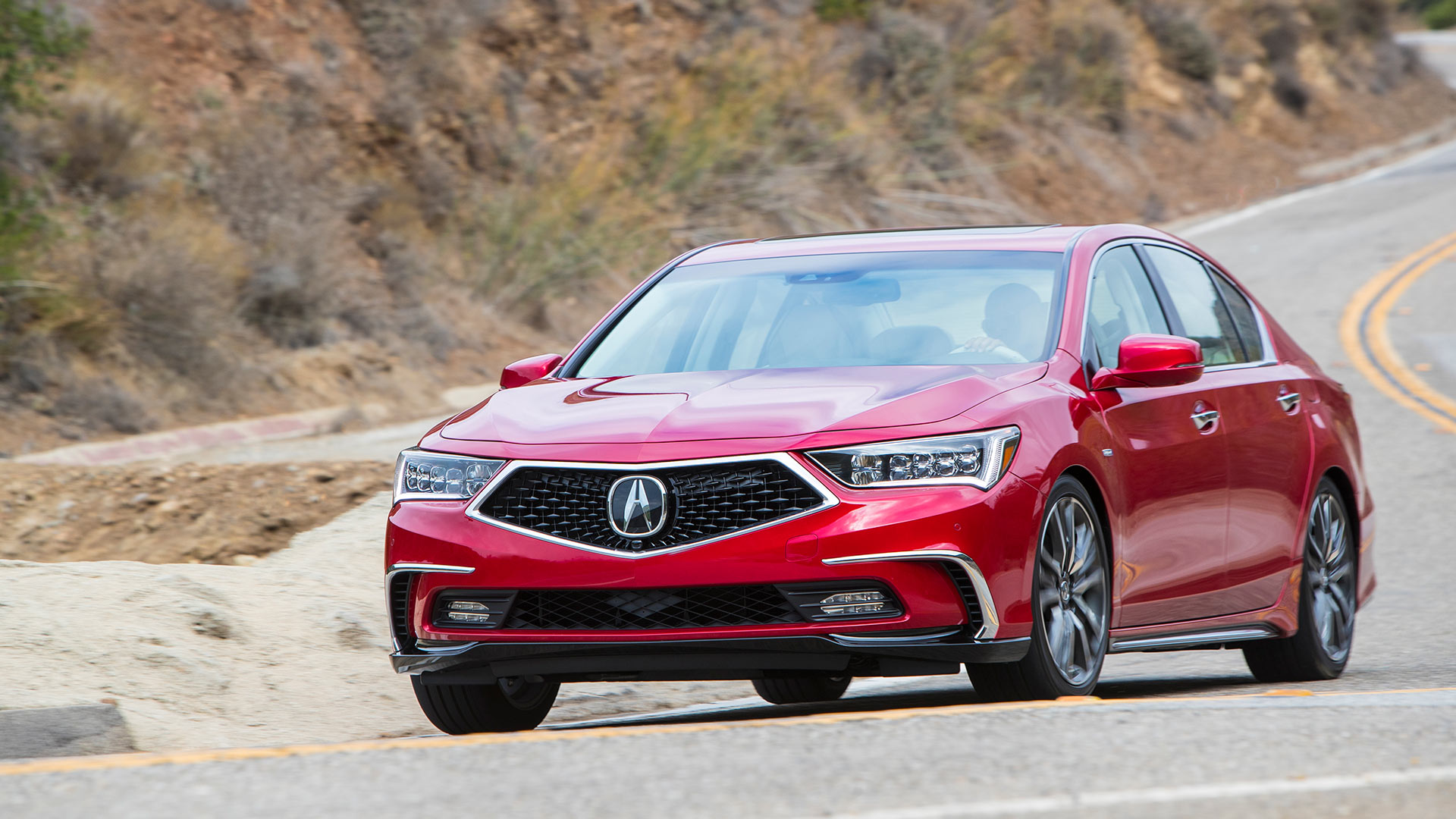 The flagship of the Acura sedan range, the RLX Sport Hybrid adds an extra dose of NSX-inspired supercar performance to the luxury ride.

A naturally aspirated 3.5-liter V-6 engine produces 310 horsepower, but is assisted by three additional electric motors. One sends extra power to the front wheels, whilst the two rear wheels get their own individual electric motors. All combined, the engine and battery hybrid system generates 377 horsepower and 347 lb-ft of torque.

A head-up display is standard on the Sport Hybrid model, as is a tri-zone GPS-linked climate control system, which monitors the position of the sun to ensure optimum cooling. A sleek electronic shifter for the seven-speed dual clutch transmission is also included, plus a seven-inch multimedia touchscreen.

It may have taken until the fourth-generation, but the United States now finally gets the compact Mercedes-Benz A-Class, but only in four-door sedan guise.

This is good news though, as the sedan version happens to be one of the most aerodynamically efficient cars on sale. Gas mileage for the A220 is estimated by the EPA to be 28 mpg combined, regardless as to whether the front- or all-wheel drive version is picked.

Powering the 2019 A-Class is a 188 horsepower 2.0-liter turbocharged gasoline engine, connected to a seven-speed dual clutch transmission. Even with only 188 horsepower, it can still get the A220 to hit 60mph in 7.1 seconds from a standing start.

Don’t mistake the compact size of the A-Class for skimping on luxury. Inside are two 7-inch multimedia screens, one of which serves as a fully digital dashboard. A panoramic roof, dual-zone climate control, and LED lighting are also included.

Buick may have officially cancelled production of the LaCrosse for the American market, but some new 2019 model year cars are still available in dealer inventory stock. These can substantial deductions, but buyers need to move fast and take delivery by July 1st.

Those who do hunt out a LaCrosse eAssist will get a 194 horsepower 2.5-liter gasoline engine, which features a compact electric motor generator unit attached. A lithium-ion battery pack stores power to let the electric motor boost performance, and works in collaboration with a stop/start system.

It means a 5 mpg bonus when compared against the 3.6-liter V-6 LaCrosse, with an EPA estimated combined figure of 29 mpg.

All 2019 LaCrosse models include an 8-inch multimedia touchscreen system, dual-zone climate control, HID headlights, and 8-way power seats. Those feeling bold can go all out with the $39,595 Premium model, which adds a heated steering wheel and massaging front seats to the party. 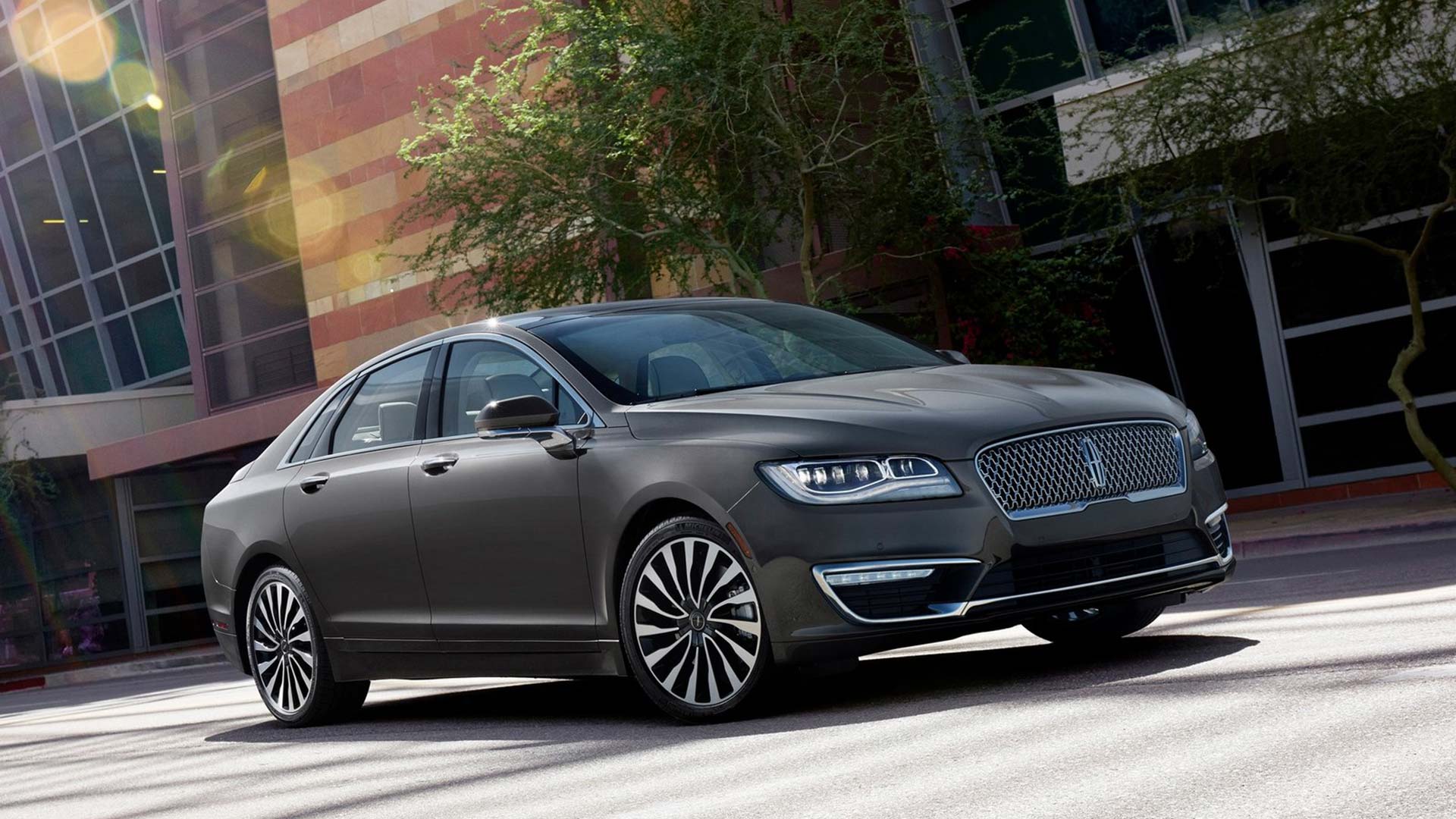 The first-generation of the Lincoln MKZ, launched in 2006, won considerable praise for the efficiency of the Hybrid version. The second-generation car, first released in 2013 and updated in 2017, has continued to do the same.

Choosing the Hybrid version of the MKZ nets buyers a 2.0-liter four-cylinder gasoline engine, mated to an electric motor and a 1.4 kWh lithium-ion battery pack. An electronically controlled continuously variable transmission ensures optimum efficiency from both power sources, and directs it to the front wheels.

The four-cylinder engine uses the Atkinson-cycle to further boost efficiency, and offers the driver a total of 188 horsepower in combination with the electric motor. The end result is an official EPA estimated combined gas mileage figure of 41 mpg.

Lincoln is proud to note that the MKZ Hybrid in Standard trim has the same starting price as the non-Hybrid version. Adaptive suspension, 18-inch alloy wheels, dual-zone climate control, and an 11-speaker audio system are all part of standard specification.

Lexus now offers a total of six hybrid models across its range, but the midsize ES sedan manages to be the most economical of all the current offerings.

In fact, Lexus is bold enough to market it as the “most fuel efficient non-plug-in luxury vehicle” on sale. Which, with an EPA combined figure of 44 mpg, certainly does make the ES 300h impressive on gas mileage.

Helping achieve those high numbers is a 2.5-liter four-cylinder engine, which uses the Atkinson-cycle to boost economy. An electric motor adds 39 horsepower, which takes the total combined output to 215 horsepower. A continuously variable transmission drives the front wheels for maximum efficiency.

Porsche won three World Endurance Championships, along with a trio of victories at the Le Mans 24 Hour endurance race, using a hybrid race car. This suggests the company knows what it is doing when it comes to mixing performance and economy.

The twin-turbocharged 2.9-liter V-6 engine produces 330 horsepower alone and, when combined with an electric motor, gives the Panamera a total output of 457 horsepower and 516 lb-ft of torque. Good enough for 0-60 mph in 4.6 seconds with the optional Sport Chrono package.

As a benefit of packing a 14.1 kWh lithium-ion battery pack, the Panamera 4 E-Hybrid can cover 31 miles on electric power alone. This helps it score 51 mpg on the EPA’s combined gasoline equivalent measure.

For those who want more space, the station wagon-esque Sport Turismo version begins at $106,900. 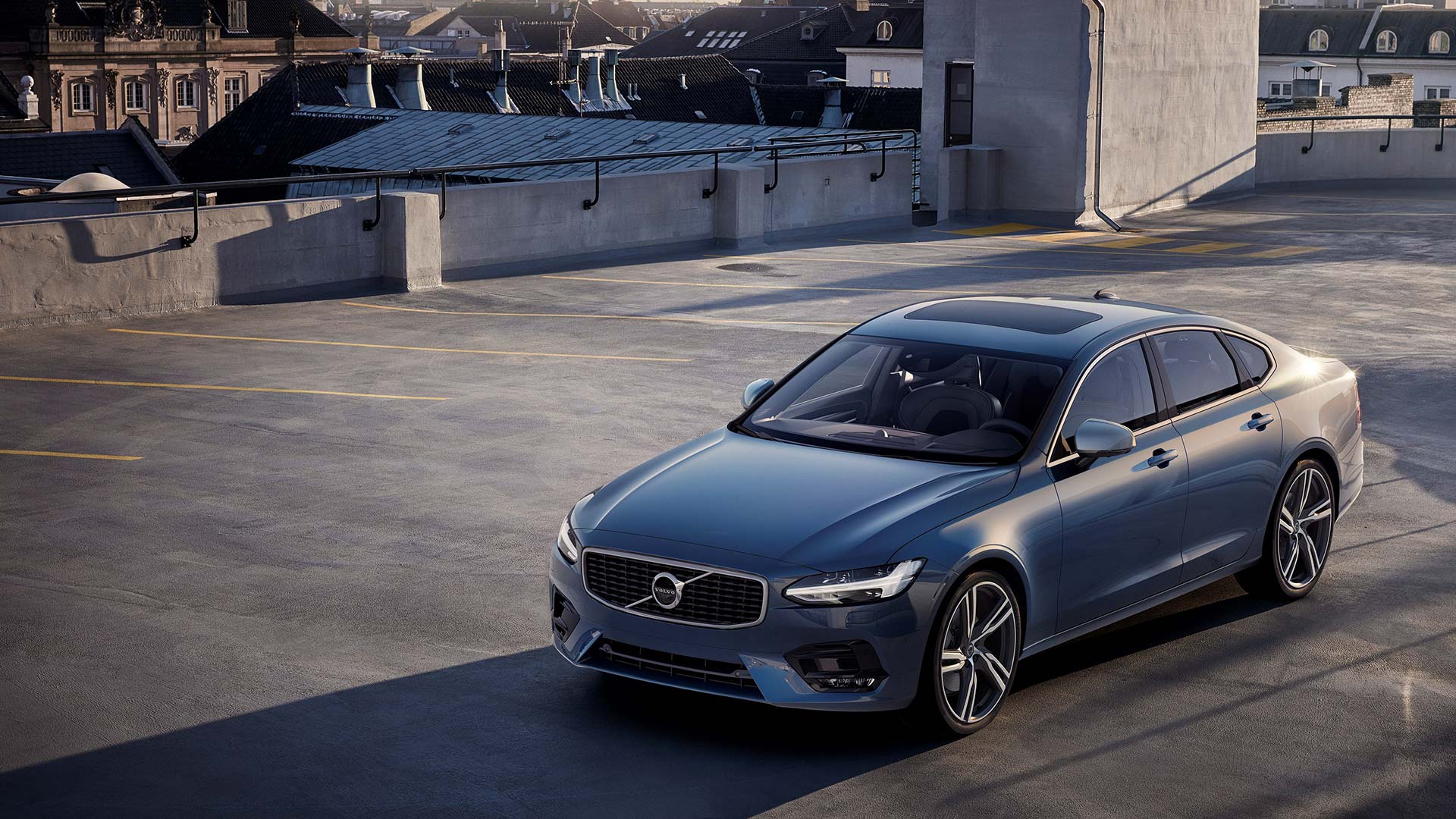 Volvo has made big claims that every new car it launches from 2019 onwards will feature electrification in some form. But the company has already embraced hybrid technology, like in the classy S90 sedan.

A 2.0-liter gasoline engine features both turbocharging and supercharging, and is mated to an 87 horsepower electric motor. That makes for a total all-wheel drive output of 400 horsepower and 472 lb-ft of torque. The plug-in battery technology allows the S90 to cover 21 miles purely on electricity, and record an EPA estimated 71 mpg.

All versions include an eight-speed automatic gearbox, and a sense of reassuring Scandinavian calm, as standard.

Other than the badging, how will friends and family know you bought the plug-in hybrid version of the BMW 5 Series sedan? The small charging port mounted ahead of the driver-side door, plus the look of contentment on your face.

The standard RWD model records 72 mpg on the EPA equivalent measure, and can cover 16 miles on battery power alone from the same test. A 0-60 mph time of 6.0 seconds is identical to the conventional 530i non-hybrid version, as is the starting price of $53,400.

It essentially makes the iPerformance a no-brainer decision, given the potential fuel economy savings on offer. Luxury features include dual-zone climate control, dynamic cruise control, a rear-view camera, and a 12-speaker audio system.

All-electric vehicles are set to become an even bigger part of the luxury vehicle market, and Audi has recently launched its first battery-powered offering.

The e-tron features a practical SUV body, but with a futuristic battery system mounted beneath it. A boost feature allows the dual electric motors to output up to 402 horsepower, and lets the all-wheel drive e-tron hit 0-60 mph in 5.5 seconds.

Audi also promises that the e-tron can do normal SUV activities, like towing up to 4,000 lbs, or going off-road courtesy of the five-mode air suspension. EPA estimates include an overall range of 204 miles when fully charged, and an equivalent combined 74 mpg.

Matrix-LED headlights, power-adjusted leather seats, 20-inch alloy wheels, and a Bang & Olufsen 3D sound system are standard on Premium Plus trim. The $81,800 Prestige model includes a head-up display and a massage function for the front seats.

The all-electric Jaguar I-Pace just cannot seem to stop winning awards, and even collected the 2019 World Car of the Year prize, along with the World Green Car and World Car Design trophies.

A 90 kWh lithium-ion battery pack feeds two electric motors, producing a total of 394 horsepower and 512 lb-ft of torque. All-wheel drive helps channel all that power to the road, and lets the I-Pace run from 0-60 mph in 4.5 seconds.

That battery pack also allows the I-Pace to travel up to 234 miles between charges, based upon the EPA’s estimated range. The EPA also scores the I-Pace as achieving an equivalent 76 mpg.

Active air suspension, cruise control, keyless entry, and touchscreen satellite navigation form part of the extensive specification on the base level I-Pace. For a limited time, buyers can also opt for the First Edition version, inspired by the original concept I-Pace. 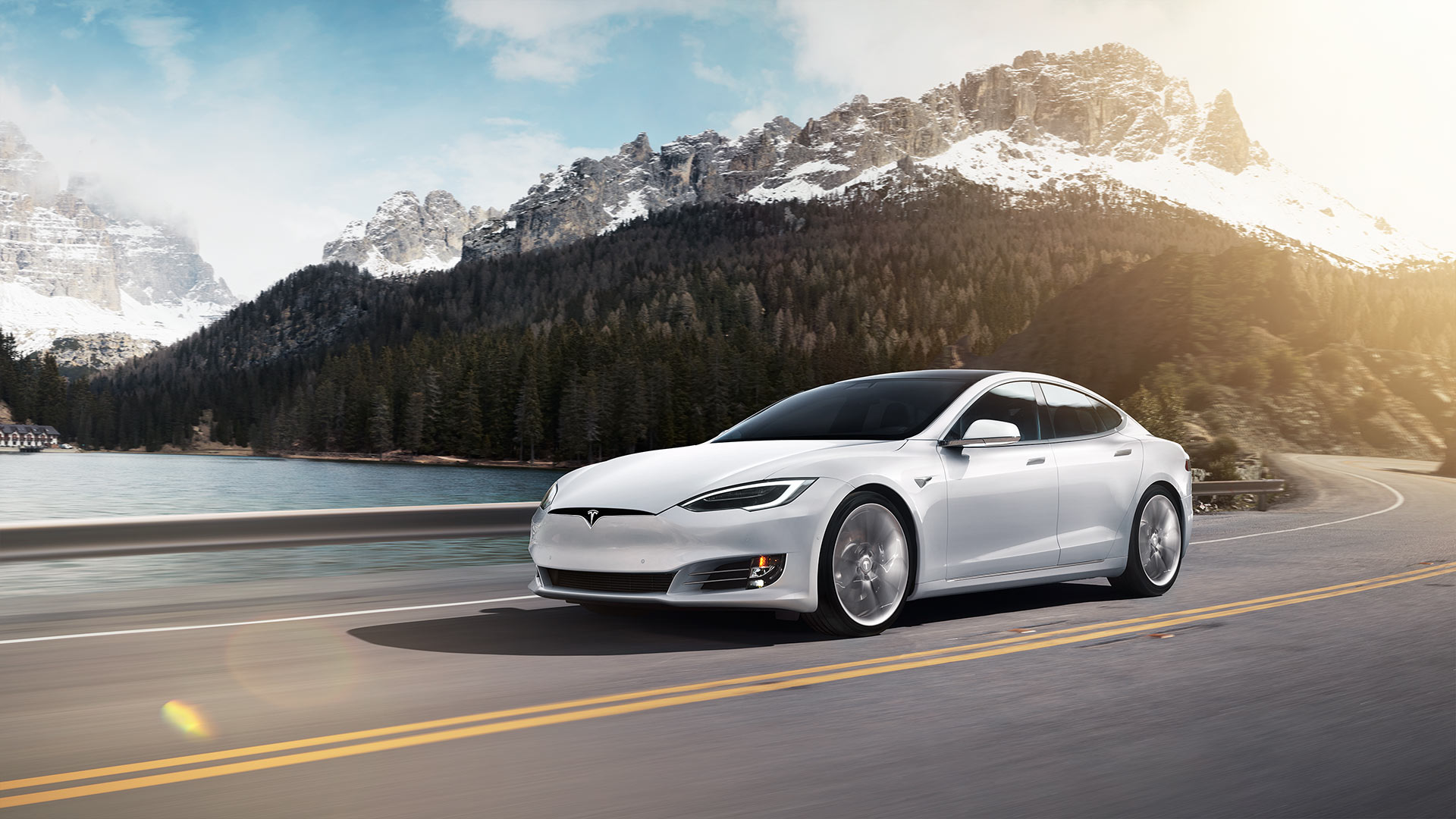 It may have been on sale for almost seven years, but the all-electric Tesla Model S still manages to be top of the large vehicle pile in EPA testing.

In Long Range specification, the Model S can travel for 370 miles between charges according to the EPA. A gasoline equivalent 111 mpg is also impressive, despite the fact the Long Range Model S is still capable of achieving 0-60mph in 3.7 seconds.

Tesla also manages to win the touchscreen wars by virtue of the giant 17-inch display mounted in the cabin. A substantial panoramic glass roof is standard on the Model S, along with 12-way adjustable power seats, LED ambient lighting, and Wi-Fi for over-the-air software updates.

Buyers also have access to Tesla’s Supercharger network, along with being able to boast about their car having vegan leather seats, for further eco points.

The Ferox Azaris is an off-roader designed for Mars

‘Driving’ the world’s most advanced simulator